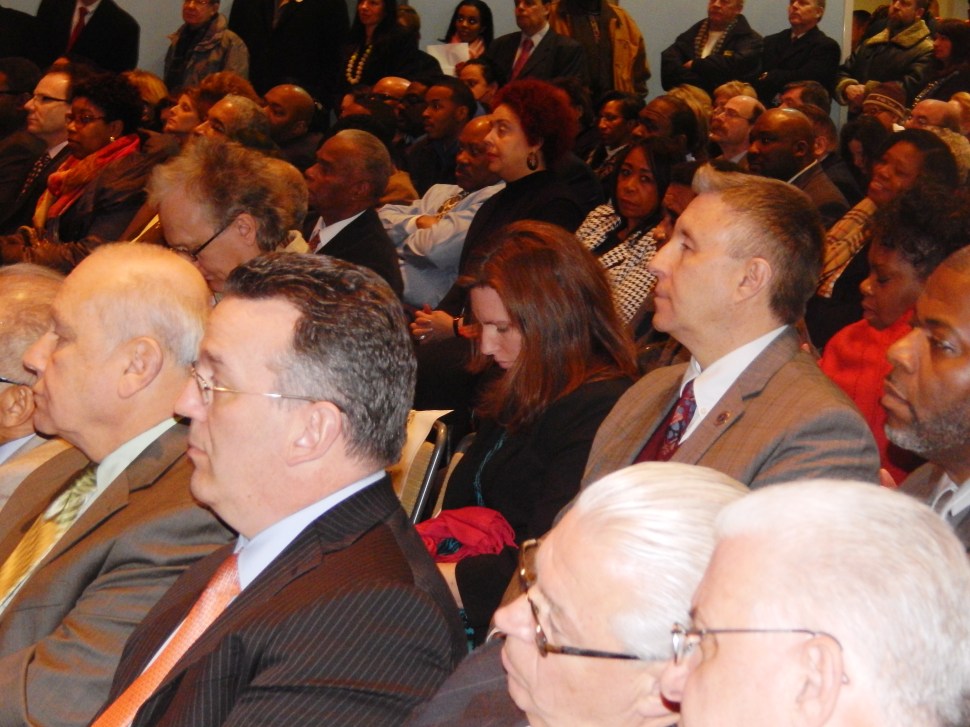 CEDAR GROVE – Political animals praying for a countywide war might call it heartbreak.

But Essex County Executive Joe DiVincenzo and Newark Mayor Ras Baraka showed up tonight bear-hugging their way toward what looks now like a nonevent in early June otherwise known as a Democratic Primary in places like (perhaps) Union County.

“Our great mayor,” declared state Senator M. Teresa Ruiz (D-29) when she introduced Baraka, who stepped jauntily to the podium affixed with the seal of the Essex County Executive. (Pizarro/PolitickerNJ)

TRENTON — Senate President Steve Sweeney, shortly after Superior Court Judge Mary Jacobson ruled that New Jersey must make its promised pension and benefit payments for the 2015 fiscal year, lauded the decision while excoriating Gov. Chris Christie for breaking his word and throwing the state into another “major fiscal crisis.” (Brush/PolitickerNJ)

The mayor of Linden won’t be with the mayor of Plainfield on a civil war battlefield in the Democratic Party, he told PolitickerNJ. (Pizarro/PolitickerNJ)

Armstead won’t be part of an uprising against establishment in LD22 | New Jersey News, Politics, Opinion, and Analysis

An unruffled Green standing by Stender – for now

The man who has the most to lose by the Stender story splattering also technically can decide her political fate. Green not only serves as LD22’s assemblyman but as chairman of the Union County Democratic Party – the man who decides who sits where. (Pizarro/PolitickerNJ)

Vastine on Stender situation: “She should resign” if shore home reports true

SCOTCH PLAINS – Republican William “Bo” Vastine, a YMCA finance manager from Scotch Plains who is gearing up for a run for the Republican nomination in the state 22nd Legislative District, commented on the burgeoning brouhaha centered on state Assemblywoman Linda Stender (D-22). (Bonamo/PolitickerNJ)

TRENTON — The state Attorney General’s Office is investigating the dispute between state Assemblywoman Linda Stender’s husband and a Monmouth County charity that claims the Stenders tried to take advantage of it to transform a damaged bungalow into a luxury shore home, NJ Advance Media has learned. (Baxter/NJ.com)

Problems keep mounting for GOP presidential hopeful Chris Christie. Rivals of the New Jersey governor are poaching some of his homegrown fundraisers, his recent trip to London to burnish his foreign policy credentials was less than dandy, and on Monday, a New Jersey judge landed a blow to the heart of Christie’s political brand: his tough stance against government spending and public employee unions. (Fletcher/Washington Post)

Stile: Pension ruling a black eye when some good PR was needed

Governor Christie electrified a private, corporate gathering in June 2011 by boasting of the bipartisan reforms that he said would save New Jersey’s pension system from bankruptcy. (Stile/The Bergen Record)

Citing his own words and actions to support her decision to rule against him, a Superior Court judge said Monday that Governor Christie is constitutionally obligated to make the full pension payment he cut by nearly $1.6 billion and ordered him to work with lawmakers to fulfill that mandate. (Hayes/The Bergen Record)

For the second year in a row, Louisiana Gov. Bobby Jindal used a news conference outside the West Wing on Monday to attack President Obama, saying Obama “disqualified himself to be our commander in chief.” (Jackson/The Bergen Record)

A pool of 50 northern New Jersey residents has been summoned to report to the federal courthouse in Newark today as jury selection is expected to get under way in the racketeering trial of former Bergen County Democratic Party leader Joseph A. Ferriero. (Sampson/The Bergen Record) 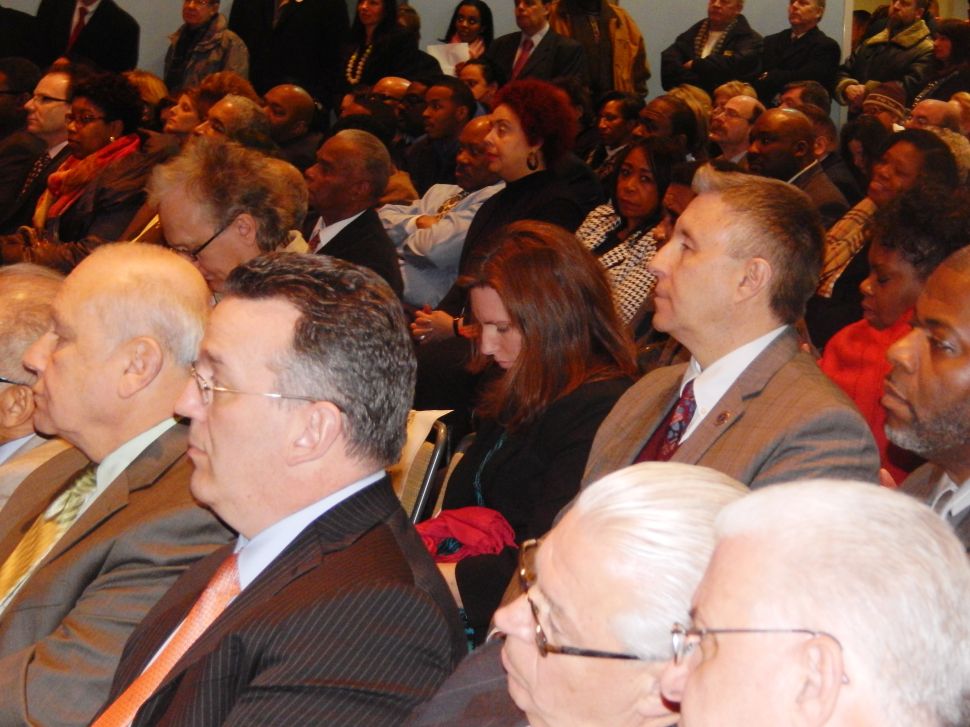