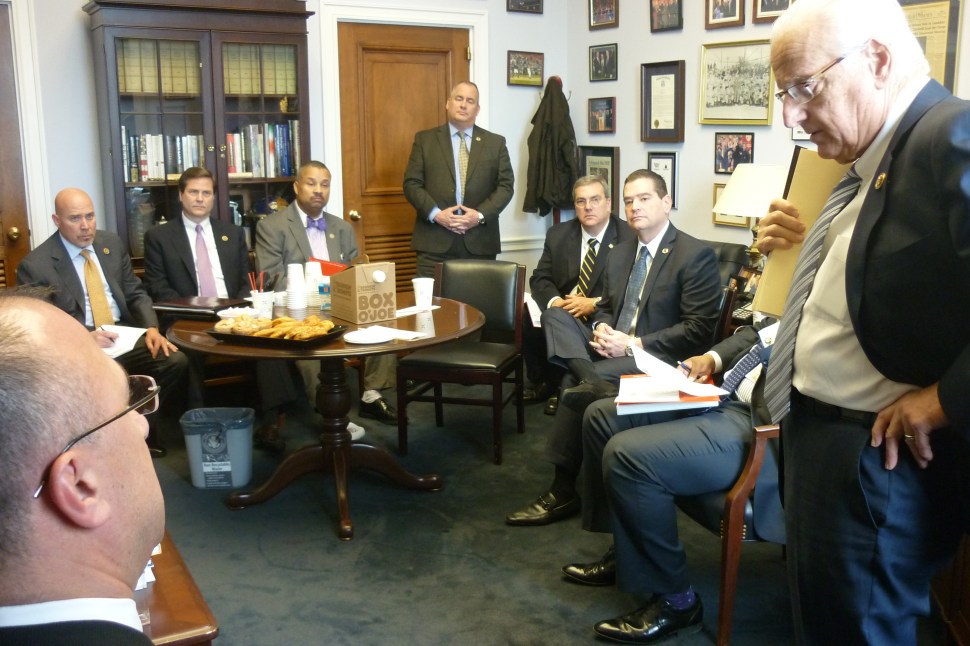 A Democratic source close to the situation has told PolitickerNJ that embattled state Assemblywoman Linda Stender (D-22) will not seek reelection.

Stender has faced a flurry of questions over the past several days stemming from her husband seeking help from the non-profit group Habitat for Humanity in rebuilding a nearly half a million dollar shore home badly damaged by Hurricane Sandy. (Bonamo/PolitickerNJ)

MOORESTOWN — Gov. Chris Christie wants New Jersey residents to know that he’s not going anywhere — at least until his term ends in 2017.

“There’s all this speculation that I’m running for president,” Christie said at the close of his 128th town hall here today. “And there’s a sense that that will prevent me from doing my job here.” (Brush/PolitickerNJ)

MOORESTOWN — Amid talk of pensions and benefits and a new $33.8 budget, Gov. Chris Christie was forced — once again — to explain why he vetoed a bill that would have banned the use of gestation crates on pregnant pigs when asked whether it implied anything about his presidential ambitions. (Brush/PolitickerNJ)

Back on town hall circuit, Christie rolls out new $33.8 budget

MOORESTOWN — A day after unveiling his latest budget in Trenton to a lukewarm reception, Gov. Chris Christie returned to his town hall circuit to tout it out in front of residents. (Brush/PolitickerNJ)

Almost two-thirds (63%) of New Jerseyans support the Aid in Dying for the Terminally Ill Act compared to 29% who oppose it, according to today’s Rutgers-Eagleton Poll. The Assembly last year passed the bill, which allows terminally ill patients to obtain prescription drugs to end their lives. Now it awaits action by the Senate.

According to the poll, regardless of their personal feelings on the legality of assisted suicide, 63% believe that ending one’s own life is morally acceptable for the terminally ill. Thirty-two percent consider such a measure morally unacceptable. (Pizarro/PolitickerNJ)

TRENTON — Political observers looking for some sign that lawmakers have inched closer to a long-term solution to a depleted Transportation Trust Fund would have been hugely disappointed by Gov. Chris Christie’s budget address yesterday.

Not once during Christie’s 28-minute budget speech, delivered on the floor of the Assembly, did the Republican mention the words “transportation” or “trust fund.” Instead, Christie stuck almost entirely to talk about public pension and benefits, touting a new plan to overhaul the system with the help of unions like the New Jersey Education Association. (Brush/PolitickerNJ)

Source: Christie to stay in 2016 GOP nomination race at least through N.H. Primary

A high-ranking Republican source has told PolitickerNJ that he expects New Jersey Governor Chris Christie will stay in the 2016 Republican presidential race at least through the New Hampshire presidential primary.

The play could ultimately end up being not the presidency, but a television commentator job, the source said. (Bonamo/PolitickerNJ)

The governor is next schedule to be in Iowa n March 7 for the 2015 Iowa Ag Summit, which will be hosted by pork producer Bruce  Rastetter.

For Christie, the meeting was the 128th he’s held since taking office and his first since August. The governor’s administration began holding the sessions in September 2010 in an effort to bypass lawmakers and take his plans to overhaul ethics and cut pensions directly to voters. (Bloomberg)

Gov. Chris Christie blamed the press for his mix-up with one of the state’s biggest public labor unions on budget day during his latest town hall.

Brandishing a new plan to overhaul the state’s public pension and benefits system, Christie delivered his annual budget address yesterday. He said he had brought on board the the New Jersey Education Association, which he said he had reached “unprecedented accord” with — but he was quickly met with criticism when union leaders accused him of overstating their support. (Brush/PolitickerNJ)

The Bergen County establishment Republican Freeholder field is set with the convention cancelled after Dierdre Paul withdrew her bid.

An MBA, Ortiz-Berger is running for the unexpired term of Bergen County Executive (and former Freeholder) James Tedesco. (Pizarro/PolitickerNJ)

Patrick Colligan, President of the State Policemen’s Benevolent Association, is right now meeting with members of the New Jersey Congressional delegation in Washington, D.C. to go over federal issues relating to police budgeting.

The annual meeting is unfolding a day after Gov. Chris Christie called for a freeze of the pension system, which Colligan flatly rejected.

While specifically interested in making sure the federal COPS program does not get axed, Colligan is also expected to discuss Christie’s budget address with the delegation. (Pizarro/PolitickerNJ) 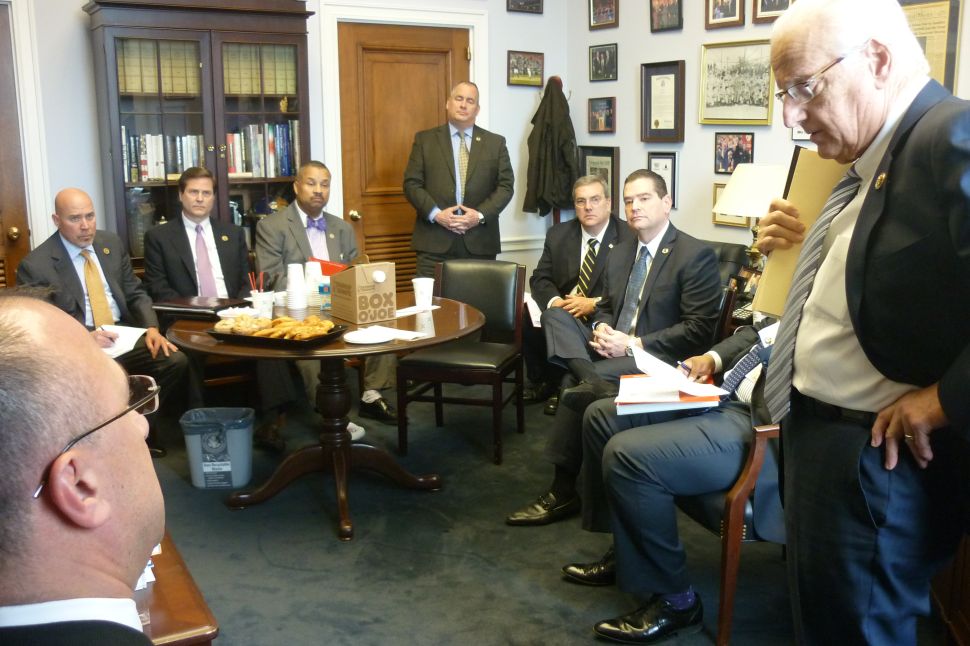