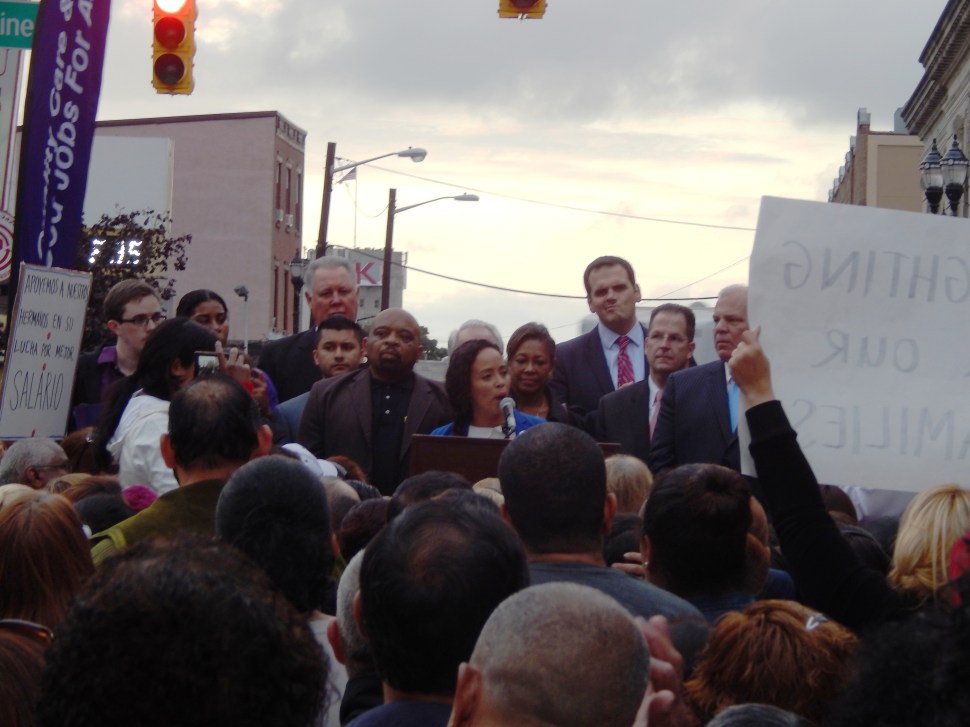 “Based on all of the information that has been put in front of me, I am not going to force, demand or threaten Linda Stender to resign, based upon the fact that she feels that she’s innocent. Moving forward, I will not be supporting her for reelection to the state Assembly in the 22nd Legislative District,” Green, who is also an Assemblyman in LD 22, said. (Bonamo/PolitickerNJ)

A report that embattled state Assemblywoman Linda Stender (D-22) will not seek reelection to her seat in the Legislature has led to a question being asked among Union County Democrats that has more than one meaning: who’s next?

Stender has faced a flurry of questions over the past several days stemming from her husband seeking help from the non-profit group Habitat for Humanity in rebuilding a nearly half a million dollar shore home badly damaged by Hurricane Sandy. (Bonamo/PolitickerNJ)

Christie throws shade at Bush at CPAC, implies he’s one of the ‘elites’

Gov. Chris Christie took a huge swipe at former Florida governor and likely 2016 Republican presidential challenger Jeb Bush during a visit to Washington, D.C. today — painting Bush as an elitist front-runner and himself as the honest populist.

“If what happens is the elites in the back rooms of Washington decides who the president is going to be, then he’s definitely the frontrunner,” Christie said of Bush, who many believe leads the pack for the nomination at this point, not to mention is considered a serious obstacle to the New Jersey governor’s own chances. (Brush/PolitickerNJ)

Christie throws shade at Bush at CPAC, implies he’s one of the ‘elites’ | New Jersey News, Politics, Opinion, and Analysis

Lawmakers in New Jersey pushing a set of bills to reform an embattled Port Authority might have to put their efforts on hold as legislators in New York set aside their own package in favor of continuing discussions with the state’s Democratic governor.

New York’s version of the reform package — identical to the one in New Jersey  — was slated for a vote in the state’s Senate yesterday, but was pulled by the bills’ sponsor to further hash out details with Gov. Andrew Cuomo. (Brush/PolitickerNJ)

NEWARK — In a blow to politicians and activists calling for her resignation, the state announced today that it had renewed the contract of embattled Newark schools superintendent Cami Anderson for another year. (Nix/NJ.com)

“Is the election next week?” the New Jersey governor said at the Conservative Political Action Conference when radio host Laura Ingraham pressed him on early poll numbers that show him lagging. (Dibenedetti/Politico)

OXON HILL, Md. — In the early stages of the 2016 Republican presidential primary, Gov. Scott Walker of Wisconsin is the hot property, his poll numbers rising and the chatter from activists and contributors growing steadily more positive. Gov. Chris Christie of New Jersey is the mirror opposite, his political stock falling along with his standing in surveys of Republicans.

On Thursday, the opening day of the annual Conservative Political Action Conference here outside Washington, it was as if the two men’s fortunes followed them onstage. Mr. Christie, who declined the opportunity to deliver a prepared speech, appeared before a ballroom with many empty seats, faced adversarial questions from a conservative talk show host and used the opportunity to attack a fellow presidential aspirant, Jeb Bush — a telltale sign that he is fighting to regain position. (Martin and Haberman/The New York Times)

A long-fought legal battle to recover $8.9 billion in damages from Exxon Mobil Corporation for the contamination and loss of use of more than 1,500 acres of wetlands, marshes, meadows and waters in New Jersey has been quietly settled by the state for around $250 million.

The lawsuits, filed in 2004, had been litigated by the administrations of four New Jersey governors, finally advancing last year to trial. By then, Exxon’s liability was no longer in dispute; the only issue was how much it would pay in damages. (Weiser/The New York Times)

The potential Republican presidential contender is trying to remain viable for the November 2016 election despite losing some financial donors to rival Jeb Bush. Polls put Christie in the middle of a Republican pack led by Bush and Wisconsin Governor Scott Walker.

Christie has a reputation for being short-tempered, and examples abound of instances where he has shouted down hecklers. (Holland and Flitter/The New York Times) 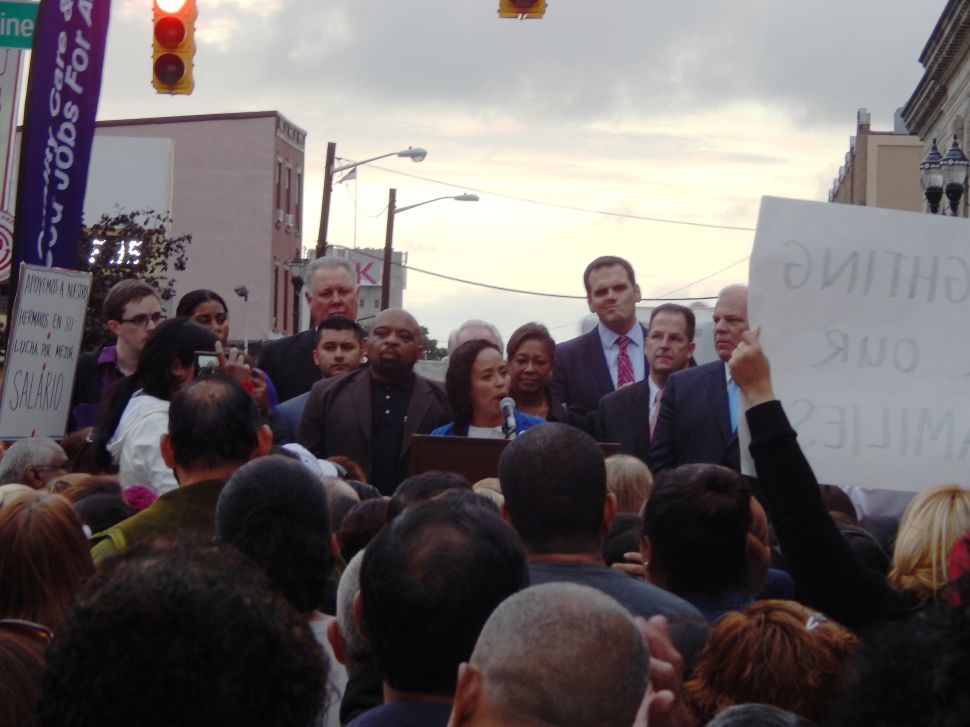