This morning, the New York Times will hit doorsteps with a front-page take-down detailing Chris Christie’s “Fondness for Luxe Benefits When Others Pay the Bills.” Parties with Bono at King Abdullah’s palace and $30,000 hotel bills cannot be expected to play well in Iowa, where last night a new Des Moines Register poll showed Mr. Christie tied for 8th place with the support of only 4 percent of Republican caucus goers. (Bonamo/New York Observer)

ATLANTIC CITY – Inevitably under the grins and goodwill and unspoken surreality about Gov. Chris Christie’s absence and a relative lack of demonstrable passion about his presidential prospects, the GOP event at the Borgata event would come down to Acting Governor Kim Guadagno versus Assembly Minority Leader Jon Bramnick (R-21), and an early unfolding party establishment rivalry for governor 2017. (Pizarro/PolitickerNJ

The Republican scene at the Borgata

ATLANTIC CITY – At this GOP convention in the Borgata, Republicans threw body blow after body at their absent counterparts with the good natured zeal for party that never threatened to become a genuine, Braveheart-sized war cry. (Pizarro)

The Republican scene at the Borgata

ATLANTIC CITY – The names of Chris Christie and Jeff Chiesa, intertwined in New Jersey politics for years, are now potentially tied together again because of two words: Attorney General.

Chiesa, an attorney who met Chris Christie in private practice, served under his friend in the U.S. Attorney’s Office, then was later named the governor’s chief counsel, then state Attorney General and ultimately appointed U.S. Senator by Christie to complete the term of the late U.S. Senator Frank Lautenberg (D-NJ). (Bonamo/PolitickerNJ)

Via video message, the state’s top Republican told guests that he’s “sorry” he couldn’t be with them. At the same time, he attempted to rally efforts ahead of this year’s Assembly elections, when members of the legislature’s lower house will find themselves heading up tickets across the state. (Brush/PolitickerNJ)

Mike DuHaime, Christie’s former campaign strategist and senior adviser for the fledgling presidential candidate’s new leadership PAC, took to the stage to emphasize the need for voter turn-out and well-oiled campaigns this election season, when the Assembly will find itself at the top of the ticket statewide. (Brush/PolitickerNJ)

ATLANTIC CITY — For an event directed in large part at unifying an often-fractured NJGOP ahead of November’s elections, when Assembly members across the state will head up local and countywide ballots, there’s been relatively little talk here at Assembly Minority Leader Jon Bramnick’s (R-21) Republican gathering about the party’s biggest star, the enterprising Gov. Chris Christie. (Brush/PolitickerNJ)

Munoz “a huge advocate” for vaccinations

ATLANTIC CITY – Asked at the Republican conference at the Borgata Hotel and Casino about the controversy generated by New Jersey Governor Chris Christie’s comments on Monday that parents “need to have some measure of choice” about vaccinating their children, one GOP Assemblywoman clearly injected her views into the debate. (Bonamo/PolitickerNJ)

(Reuters) – New Jersey Governor Chris Christie, a potential 2016 presidential contender, on Monday kicked off a fresh debate about vaccinations, saying his children received the recommended shots for measles but that parents needed a measure of choice. (Wilkin/Reuters)

WESTAMPTON, N.J. (AP) – The Burlington County Prosecutor’s Office is looking into an allegation that a town committee held a special meeting without giving the required 48 hours’ notice.

Resident Gil Gehin-Scott, who has run unsuccessfully for the committee in Westampton, made the allegation regarding a meeting held on Dec. 12. (Associated Press)

Christie Says Parents Should Have ‘Choice’ on Vaccinations

CAMBRIDGE, England — Amid an outbreak of measles that has spread across 14 states, Gov. Chris Christie of New Jersey on Monday said that parents “need to have some measure of choice” about vaccinating their children against the virus, breaking with President Obama and much of the medical profession.

In remarks here, Mr. Christie at first stopped short of recommending that parents immunize their children against measles, or any other illness, calling for “balance” and “choice.” But his remarks quickly set off an outcry, prompting the governor to modify his position about an hour later and declare, through a spokesman, that “there is no question kids should be vaccinated.” (Barbaro/The New York Times)

The end of Mitt Romney’s candidacy has brought the so-called invisible primary — the behind-the-scenes competition for the resources and credibility needed to win the nomination — into a new phase, with new players. Marco Rubio and Chris Christie, in particular, seem as if they might benefit. The two are racing against Jeb Bush to earn the support of Mr. Romney’s former supporters, according to my colleague Nicholas Confessore.

Two leading Republican presidential hopefuls waded into the argument over childhood vaccinations Monday, with Sen. Rand Paul declaring that he had heard of “many tragic cases” of children suffering harm after receiving shots and Gov. Chris Christie saying parents should be given a “choice” on the issue.

The remarks, coupled with President Obama’s defense of vaccinations over the weekend, injected an unexpectedly partisan element into a policy issue — how readily to give exemptions to parents who don’t want vaccines for their children — that until now had not shown much partisan division. (Lauter/The Los Angeles Times) 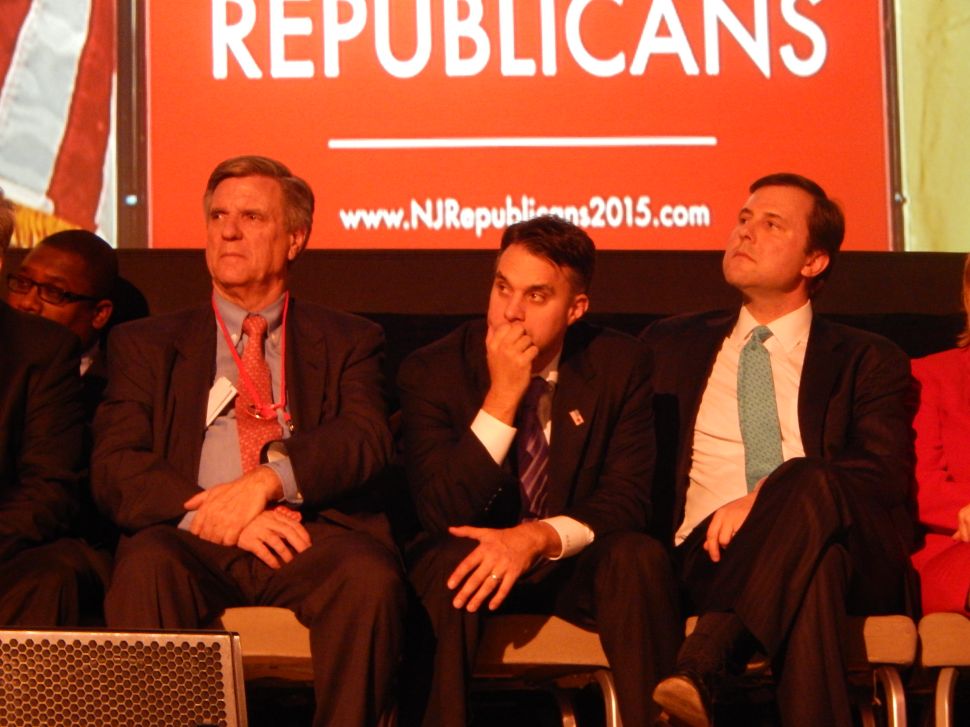