ATLANTIC CITY – Asked at the Republican conference at the Borgata Hotel and Casino about the controversy generated by New Jersey Governor Chris Christie’s comments on Monday that parents “need to have some measure of choice” about vaccinating their children, one GOP Assemblywoman clearly injected her views into the debate.

“I am a huge advocate for vaccinating,” said Assemblywoman Nancy Munoz (R-21), a trained nurse and the widow of the late Assemblyman Eric Munoz (R-21), a trauma surgeon. “There is a herd mentality about this. I don’t think it’s a good idea to have a choice. That’s how we end up with [the outbreak of measles that has spread across 14 states] that we have now.”

Munoz’s views on vaccination are rooted in both her medical background and her personal experiences.

“I’ve taken care of patients that who have had meningitis outbreaks. My mother, who was a nurse, took take of patients who had tetanus. My father, who was a pilot in the Air Force, had polio,” said Munoz, 60, of Summit, on Monday. “I was in the first group of people that got to be vaccinated, and I come from a generation that saw the consequences of these diseases. We can’t agree on everything. But from a health care perspective, I think it’s critically important that we vaccinate the public.”

From a political standpoint, some could see the debate about the vaccination debate in stark partisan terms – Christie advocates choice, while President Barack Obama called the scientific reasoning behind vaccination “pretty indisputable.”

Munoz, however, took another approach to the debate. 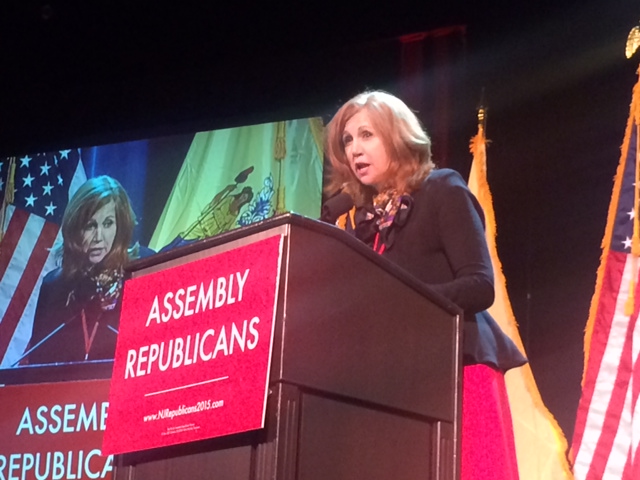