Pennington resident Elizabeth Maher Muoio assumed the oath of office Thursday as the newest legislative representative for the 15th district.

“Assemblywoman Muoio comes to the Assembly after years of experience in municipal and county government,” said Prieto. “Her institutional knowledge of government and Mercer County will make her a strong advocate for the residents of the 15th legislative district.”

“It is an honor and a privilege to represent the residents of Mercer County and Hunterdon County in the General Assembly,” said Muoio. “I look forward to applying what I have learned as a public servant and administrator, and working with my colleagues on both sides of the aisle to make New Jersey a more optimal place for families to raise their children and businesses to invest in.”

A graduate of Wesleyan University, the assemblywoman earned her law degree from Georgetown University while working in Washington, DC, first in constituent services and later as Legislative Director for Texas Congressman Jack Brooks. 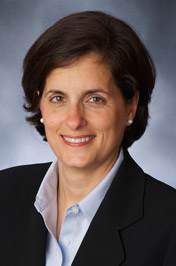