Dad flew into town last week. His granddaughter was playing Wendy in Peter Pan, so Pops made the long solo trip from Cleveland to attend.

He texted me when he landed:

WELL DAUGHTER, YOUR DAD HAS JUST TOUCHED DOWN AT LAX

Since when does my father text?

We parked and went inside, something I have never done before at LAX. I’m a curbside pickup kind of girl. But I wanted to make my dad feel welcome. Plus, I was not convinced he would find us otherwise.

We scanned the crowds and discovered him almost immediately, standing at the wrong baggage claim conveyor, holding a heavy winter coat in one hand and his phone in the other.

I took a photo of him hugging his grandkids, and he asked if I remembered what his bag looked like. It had been a Christmas present (from me), but I was foggy on the specs.

Dad has not flown since 2001. We spent that Christmas together when I was living in Seattle. Flying-wise, a few things have changed since then.

“They made me take off my shoes and belt,” Dad said. “Lots of security.”

Despite the fact that he has never seen the Pacific Ocean, or California, or Hollywood, Dad spent the first hours of his visit playing freeze tag in my back yard. And hide-and-seek. And a new game that he and my children invented called Who Stole My Weapons? It seemed to involve the stealthy acquisition of swimming pool noodles, plastic beach shovels, and a stick. The kids shrieked with delight as Pops chased them through the grass.

It was only later, as we drove to his hotel, that Dad seemed confused.

“I thought I was going to stay with you.” In my two-bedroom place? Where we are already housing twenty-three Barbie dolls, five people, and a dog?

“Where did you think you would sleep, Dad?”

I like that my father still thinks he can use my place as a crash pad. But our home is a misery. We live near a sewage treatment plant. And the airport. And an oil refinery. Most days, I don’t even want to sleep here. Our swaybacked sofa should come with a warning from a chiropractor. And despite nightly cleanups, the living room floor is perpetually littered with Legos, dinosaurs, and pulverized Ritz crackers. As an alternative to our bedlam, I had booked Dad a room near the ocean.

We watched the sun set over the , and he snapped a photograph for my mom back in snowy Ohio.

As we watched the sky turn pink, then purple, Dad became contemplative. “I just got to thinking I would regret not coming out here for this.” I understood him to be saying: I do not know what the future will bring, how many plays my granddaughter will be in, and how able I will be to come see them.

Dad told me that when he was a child, Peter Pan had been his favorite cartoon. He loved the flying, the pirates, the adventure. I wondered whether, as a grown-up, Dad ever felt wistful about Peter Pan, the boy who never grew up, whether paying a mortgage, college tuition, or for a small fleet of minivans ever got to my father. Surely he had had other dreams.

For a grandpa, he is still pretty young. Sixty-six, maybe. Or sixty-seven. I keep forgetting. And he’s a healthy guy. He eats his vegetables, and gets out for a walk most days. If I were to read the tea leaves, I would predict my Dad has many, many years of mediocre children’s theater in his future.

But we never quite know, do we?

I have been to more funerals than weddings lately. I have helped my friends bury their mothers, and sent condolence cards and flowers when they bid their fathers farewell. I imagine one day, they will do the same for me.

For most of my adult life, I have lived far away from my parents. With so much time between visits, the changes in their appearance can be jarring. They seem to have lost hair or become gray overnight. Dad has some arthritis in his hands now, and he wears glasses when he reads. He told me he plans to go see his lawyer friend to draw up a will. I don’t know what I found more surprising: that my father, the sportiest dad I have ever known, the fellow who could shoot a free throw with his eyes shut, and match me stride for stride during high school track workouts – that this guy now has arthritic fingers, or that he still does not have a will. I had my first one drawn up when I turned twenty-five.

At some point in time, if we are very, very lucky, the roles of children and parents reverse. We grow up as they grow old. We become their caretakers. Last week, I made sure Dad did not get overtired. I dropped him back at his room most afternoons for some down time or a nap. I fussed at my husband when he took him out for Mexican food. “Don’t you know that spicy stuff upsets his tummy?” Of course, my husband hadn’t known. In his eyes, my father is still my fiercest protector, sitting in judgment of any guy who dares believe himself worthy of my love.

My dad showed me how to drive a stick-shift car. He demonstrated proper chin-up form on a bar he installed in our basement. He taught me to hit a tennis ball, to body surf, and to navigate that tricky bit of highway where I-77 and I-81 split. “You’ll feel tempted to stay in the left lane, but get over,” he always cautioned. “If you miss that exit, you’ll end up in Tennessee.” He pushed me to excel in high school, and demanded I attend the best college that accepted me, despite the fact that we would both need to take loans to pay for it. He mortgaged his house to pay for my wedding. He loves my children so completely, with such sweetness and affection, that he never did manage to get down to the ocean last week, opting instead to take them for an ice cream cone on the warmest afternoon.

The ending of the theater production of Peter Pan is a little different from the Disney cartoon most folks remember. On stage, the final scene depicts Wendy as a grown-up, with a child of her own. Once again, Peter Pan flies to visit. But instead of taking Wendy to Neverland, this time, he brings her daughter, Jane. As the curtain falls, we see them singing and laughing. We imagine the stories they will tell and the games they will play, games like freeze tag and Who Stole My Weapons?

If I learned anything last week, it is that I am ill-prepared to be my father’s keeper. Not because I lack the maturity or fortitude, but because he is my Dad. I am thankful that, for now, it is not a role he needs me to play. He can fly into town, chase my kiddos, sing to them, and eat ice cream before dinner. He is magical in their eyes, and in mine. For as long as we are able, we will be one another’s keepers, both adults and children at the same time. Neither of us wagering anything on the future, neither of us letting it burden our hearts today. 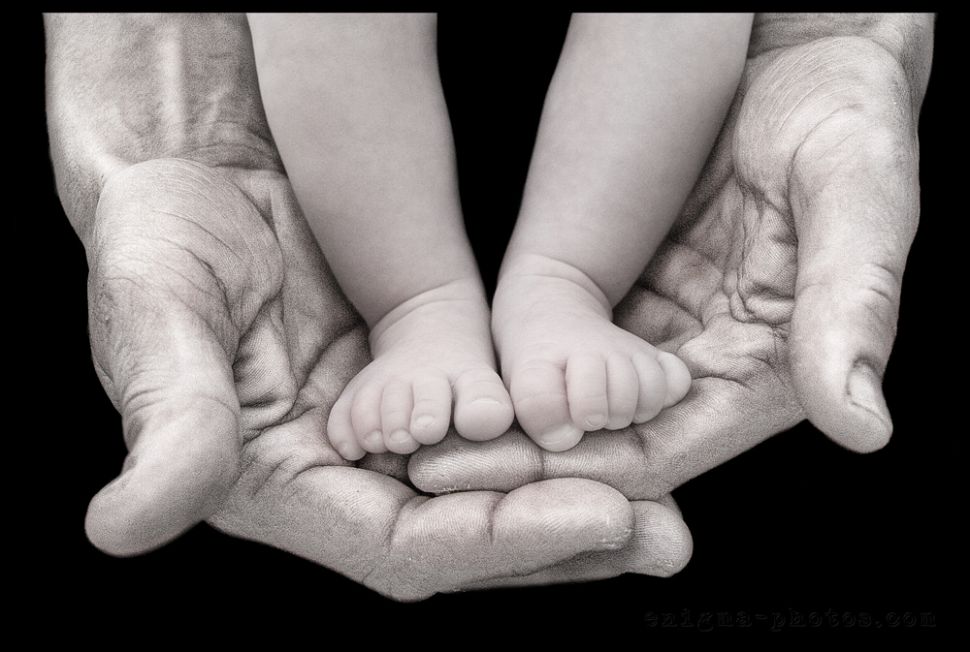