It’s been so long since we were last in Nashville that I had to re-read my last recap to understand where my feelings left off in December. I see that I was happy that Rayna’s decision to call off the wedding was not about Deacon. Okay, so we all knew it kind of was, but nevertheless, I was happy we weren’t focusing on that. But apparently, post hiatus, the Deacon angle is getting all the attention. Deacon Deacon Deacon is all anyone can talk about and I’m like, ‘Hello! isn’t this supposed to be about Rayna?!?’ What happened to my feminist Nashville? I was literally gritting my teeth when Luke hurled at Rayna, “You’re Deacon’s girl, you’re always gonna be Deacon’s girl!” And she didn’t contradict him! Then Luke shows up at Deacon’s and they roll around on the ground throwing punches until a good woman (Scarlett) tears them off of one another. Luke calls Rayna a bitch and this whole thing is just getting a little too southern, white and male. (Alright, it’s always been those first two things, but the hat switch of the latter pushes it over the edge, IMO.)

Juliette, who we can usually count on to make any situation about her, is merely complaining that Avery is invading her space with his thrift store furniture. This is not the kind of roar I want to hear from my heroin! Especially on the first day that Javery is back together. J redeems herself later in the episode with the cutest note ever, but still, I would like to take this moment to plead with Nashville: please, please, put our girls back on the stage! I don’t wanna see Juliette freaking out about feng-shui. I don’t want to see Scarlett playing nurse in her creepy co-dependent relationship with Deacon. I don’t want to see Sadie scared shitless, cowering in the dark corners of her house. And I am seriously sick of seeing Rayna ping-ponging between men. Can we stop this now and bring this show back to it’s heart’s center? Put our women on the stage. Give them back their instruments!!

Okay, so the one place I got chills was when Sadie was writing her new song. Laura Benanti is a star and I hope she gets that restraining order, makes a bajillion dollars for that song and never, ever has to hide in the dark shadows of her house again. If I were Sadie, I’d move into a swank doorman condo, stat!

Apparently, even the information that Micah is Jason’s son, does not rid us of his presence on screen. The first musical number of the night is Gunnar crooning with his non-son (who still has, those teeth!) Gunnar still wants custody of his nephew but, luckily for us he doesn’t get it. Micah leaves with his grandparents for now, but, unfortunately, I fear this is not the last we’ve seen of this kid.

Oh, and Layla’s not dead! And Will’s gonna give her that divorce! She’s free! (Yeah right, not while she’s still under Jeff Fordham’s thumb.) When Will tells Layla that it’s time to be honest, I seriously think he’s considering coming out. But no, he’s just using that awful blogger sex he endured like a geisha, to give Layla a reason to file.

Deacon needs a liver donor, ASAP. Scarlett, who knows her blood type off the top of her head, is not a match. (Can anyone reading answer to their blood type as quickly as Scarlett does? Is this something I should have memorized with my social security number?)

Ray shows up to tell Deacon she loves him but that she needs some time. Rayna’s ability to keep Deacon dangling never ceases to amaze me. He says, “take as much time as you need.” Deacon’s been waiting for this woman for going on 20 years. Why would he want her to speed it up now that he’s dying??

Scarlett calls Mommy Dearest hoping she’s an O negative match. I don’t know about that but what do you want to guess that Rayna is? Or, Maddie?!?!

Welcome back to Nashville. 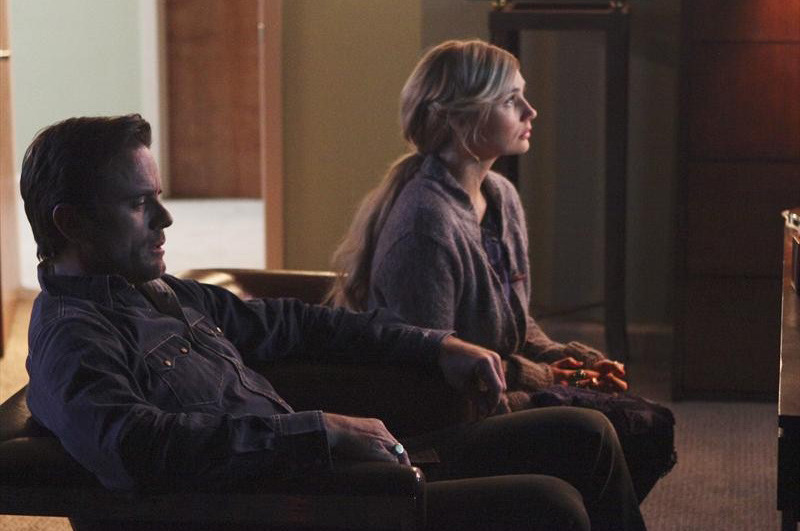