Let me be clear: I do not need Better Call Saul. I don’t think anyone needed it. When the first rumors of this show came out, people validly pointed out things like “Spinning off a minor character for a comedy version of one of the most acclaimed dramas of our time is cray” and “LOL WUT” and “Bring back Mr. Show!” (Which is also happening!)

See, I don’t think anyone doubted this show would be AMAZING. Obviously, Vince Gilligan is a genius and can do whatever he wants, and so is Bob Odenkirk so there you go. Even though there was a lot of speculation over ways this show could fail, I highly doubt anyone really expected it to be anything less than A- material.

I’d give it a solid A for the pilot–which seems at once like a completely different structure from Breaking Bad while simultaneously existing in the exact same world–and the little revelations I had during it felt very Deep-with-a-capital-D.

Things like:
-Jimmy/Saul McGill is just another version of the American Dream unchecked. As Walter White was our Howard Hughes of illegal drug manufacturing, Jimmy is another kind of truly American self-made man: the P.T. Barnum showman, the Tom Sawyer, the (to a lesser extent) Gatsby, the slick-talking lawyer for whom the term “shyster” was literally invented. Generally these type of men, in the narratives we are told about them, have a good heart but their impulse towards the spotlight and the slight-of-hand make them con artists (or lawyers). Knowing how Saul ends up, the earlier, buyout Jimmy performing his one-man-show in the courtroom was a sad glimpse of light that we know will soon be extinguished.

– Jimmy’s older brother Chuck, player by veteran of everything Michael McKean, is exactly like Walter White (at least when he’s shown in the pilot). Brilliant, egocentric, abusive and reclusive, he expertly manipulates any guilt he might have about leaning on his younger brother during this agoraphobic-or-whatever period into literally stripping Jimmy of the family name in order to maintain the dominance in their dynamic. “Don’t you want to stop riding other people’s coattails?” He hisses at Jimmy, whose motivation for sticking by Walter White even while the dude ruined his life is suddenly made clear. Poor Jimmy.

-Speaking of that courtroom scene though…whoa boy. I suggest going back and watching it again. It’s the kind of clever bread-crumb dropping that Breaking Bad never got to fully embrace on a scene-by-scene basis, because the show had higher stakes than the momentary reveal. But all of Jimmy’s painting of these three boys as innocent, hormone-infused teenagers–starting with “Ah to be young again!” and the lines “near honor students, all!” and “no one was hurt!”–are just that much more perfect when you know that their crime; one of the few social taboos that have existed since the dawn of mankind (and should probably remain so).

– Jimmy’s use of those two skateboarders–and his presentation of self as an enterprising young man instead of an ambulance-chaser who, I guess, in this case is also in the ambulance?–is a great reminder of how delusional Gilligan’s protagonists can be while still kind of killing it out in the real world. Maybe Jimmy’s biggest long con is…on himself???

Still, while the show was near perfect, I still can’t quite reconcile with the feeling that it didn’t need to exist. Saul, while a fun side-note in Breaking Bad, was far from the most fascinating secondary character around, even within the world of Breaking Bad. And there’s something that feels–not lazy exactly, but more like a shortcut?–to have us be introduced to a character we already know so well, in the future. Like I said, it gives the show a sense of fatalism that took at least the end of the first season for Breaking Bad to earn legitimately, and I’m not sure that Saul–which for all it’s funny moments, still comes off as a dark, dark tale–has done itself any favors for sitting so deep under the shadow cast by that towering giant. 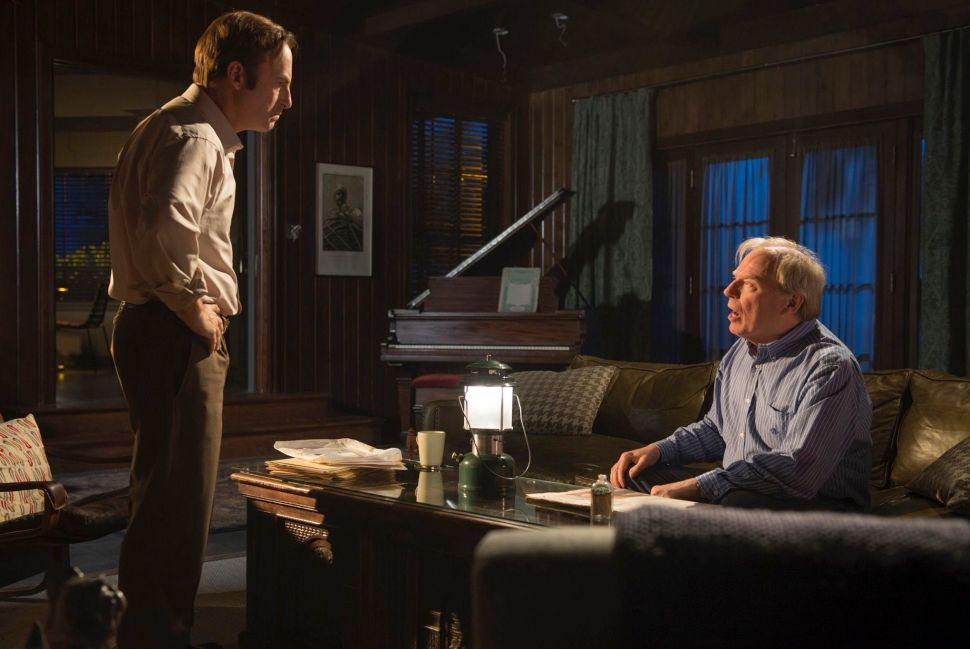