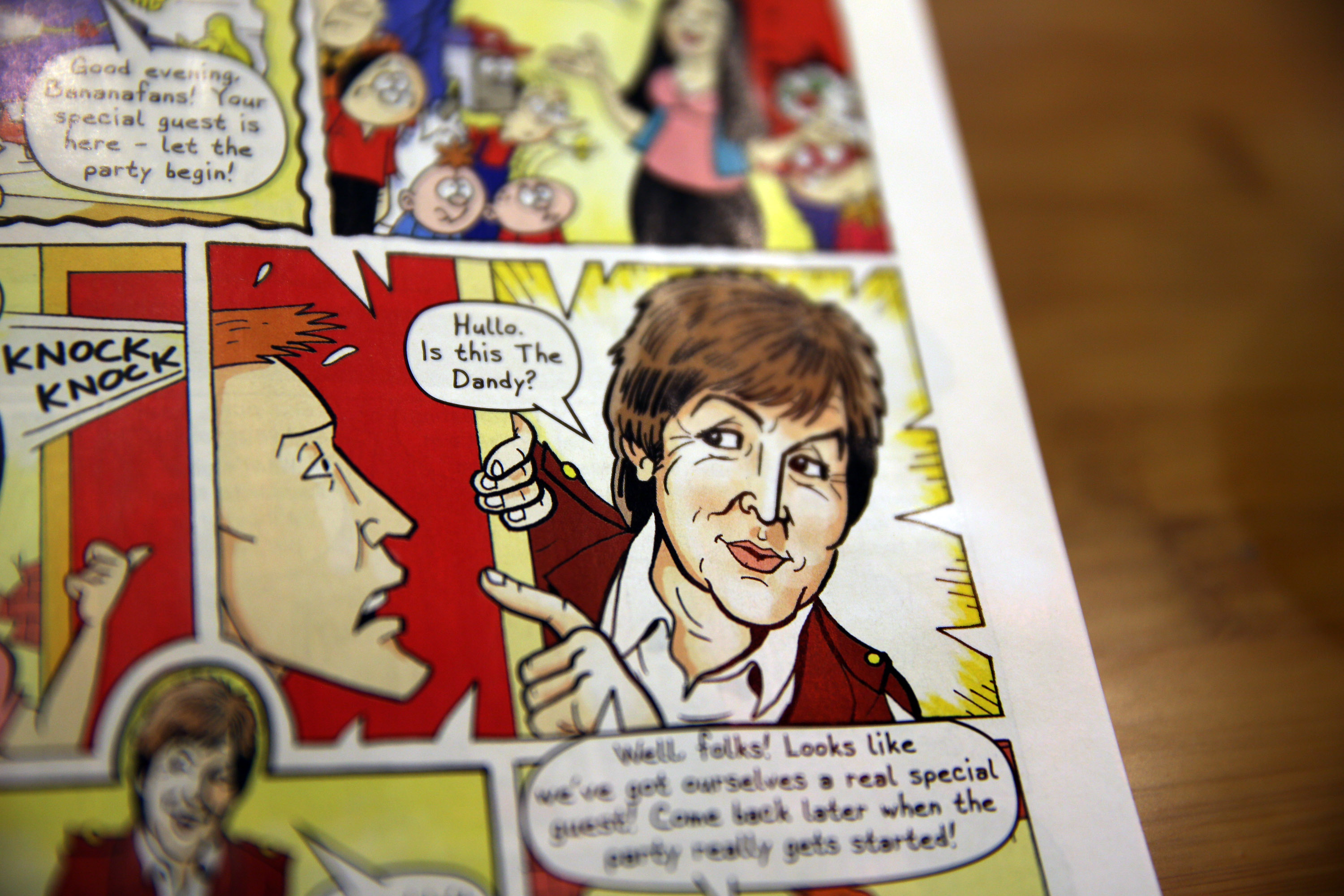 Comic book heroes have won the mainstream. They dominate the box office, drive a whole host of TV shows and hold an entire merchandise and convention industry on their shoulders. But one key piece of the world of comics hasn’t made that smooth transition into everyone’s lives: the actual comics themselves.

Yesterday, Scribd announced that it added comics to its subscription book service, bringing on 10,000 graphic novels and individual issues into their library alongside hundreds of small publishing houses, three of the Big Five publishers and their pile of user-uploaded PDFs and documents.

Rival service Oyster, with its slick app, broad library and literary review has held the title of “Netflix of Books” just out of Scribd’s reach, but now Scribd has built one of the first “Netflix of Comics.” And while it’s a great week for comics fans, it’s an even better week for those of us who want to be comics fans, but always found it far too daunting.

When tablets picked up in popularity and comics started making their debut on tablets, the comics business made the classic mistake so many creative businesses made at the time, and tried to put a chokehold on the means of digital distribution. Marvel, for example, built their own HBO Go-type service for just their own content, called Marvel Unlimited—a service that costs more than Netflix for an extremely limited, albeit influential, piece of the comics world.

Scribd, on the other hand, is going to have Marvel titles alongside smaller publishers like Valiant, Boom! and Archie. And all of those comics publishers will then go on the same platform as Scribd’s books, audiobooks and user-generated content.

“We still have Marvel Unlimited, but Scribd is going to add our collection to their service alongside all of these other things,” Marvel VP Ryan Penagos told the Observer. “I could be reading Amy Poehler’s book, and maybe see something in a comic collection. I can become a new fan of a character I have really no information about.”

That kind of access—having an all-you-can-eat buffet—is all customers care about, Scribd’s VP of Editorial and Marketing, Julie Haddon told the Observer. Not politics, not publisher relations, not intellectual property over-protectiveness. Just getting what they want, when they want it.

“Nobody falls in love with a feature film because of the studio—could you imagine having to open an MGM app to read,” Ms. Haddon said. “And do you really know who Sam Smith’s record label is? No, nobody cares.” 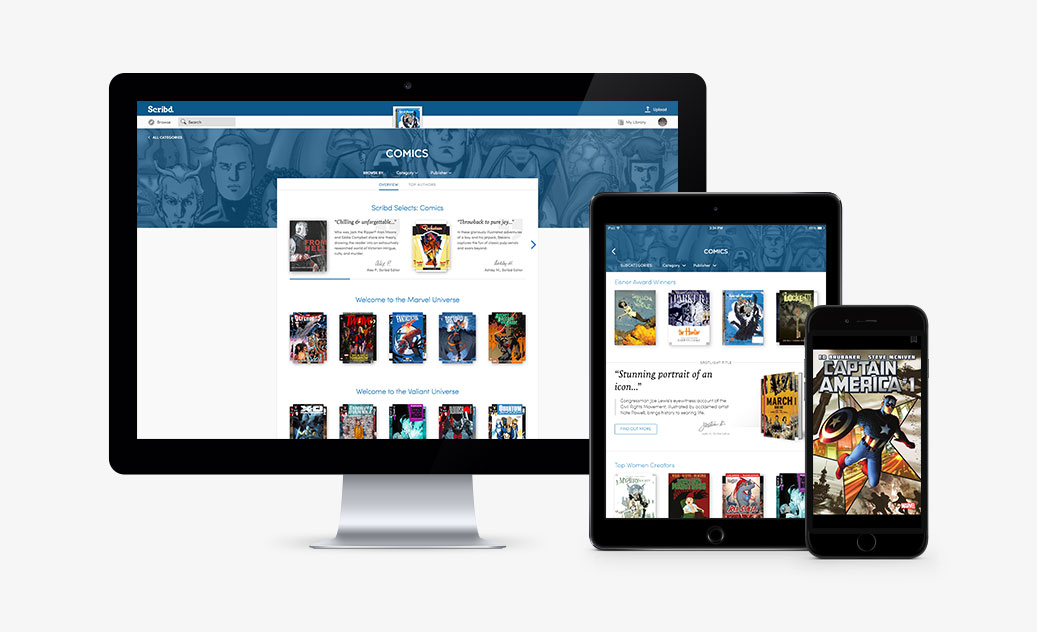 What it looks like browsing comics with Scribd. (Photo: Scribd)

But most importantly, putting all of the comics on a service where people are already reading novels, textbooks and memoirs makes it easier for people to transition not just from comic-based movies into comics, but from anything into comics. Think of it like console gaming: Ten years ago, video games were considered the purview of mostly white, male nerds because unless you had a souped-up gaming PC, you had to buy an expensive gaming console to get involved—a lack of accessibility kept games siloed in nerd culture.

The smartphone changed all of that when it put a gaming console in everyone’s pockets, radically transforming gamer demographics and bringing games into the mainstream. All of a sudden, gaming wasn’t for a special crowd with special interests—it was on the same device where you talked to your friends, read the news and took photographs. Just like it was in the case of smartphones, comics could dramatically benefit from simply becoming more accessible.

What we mean when we say “worth it”

One big problem with comic books is that they’re not, as it stands, worth it. Comic fans aren’t going to like hearing that, because it’s not as true for them, but consider this: Imagine someone with no knowledge of comics watches the Dark Knight trilogy, and decides they’re going to become a die-hard Batman fan. Where should they start? As any comics fan knows, between story arcs, one-off graphic novels, series, spinoffs and the Frank Miller books, there is no “right” way to start.

Maybe they could work their way through a titanic recommended reading list, or trust one of the dozens of readings guides, which are all different, and all bill themselves, rightfully, as subjective. They’ll have to learn the basic rules of comic universes, like the fact that for many heroes, there isn’t always a definitive origin story. The most likely outcome here: they get as far as the first guide, realize that they’re in over their budding nerd heads, and go watch something on Netflix instead.

This is why comics are not worth it, per se. There’s a tremendous buy-in in time, energy and trivia beyond what you actually pay. It’s a complicated industry comprised of characters, universes and publishers, and though—yes, we’re going to say it—there will be certain large volumes that fans will always want to own physical copies of, either for novelty or nostalgia, it’s an industry that could use a better delivery mechanism.

“This gets us in front of people who probably don’t know a lot about our characters,” Mr. Penagos said. “Maybe they’ve seen only seen a couple of our films—some of the characters are part of the cultural zeitgeist. But if they can browse and see a bunch our collections, it has to have an affect on people.” 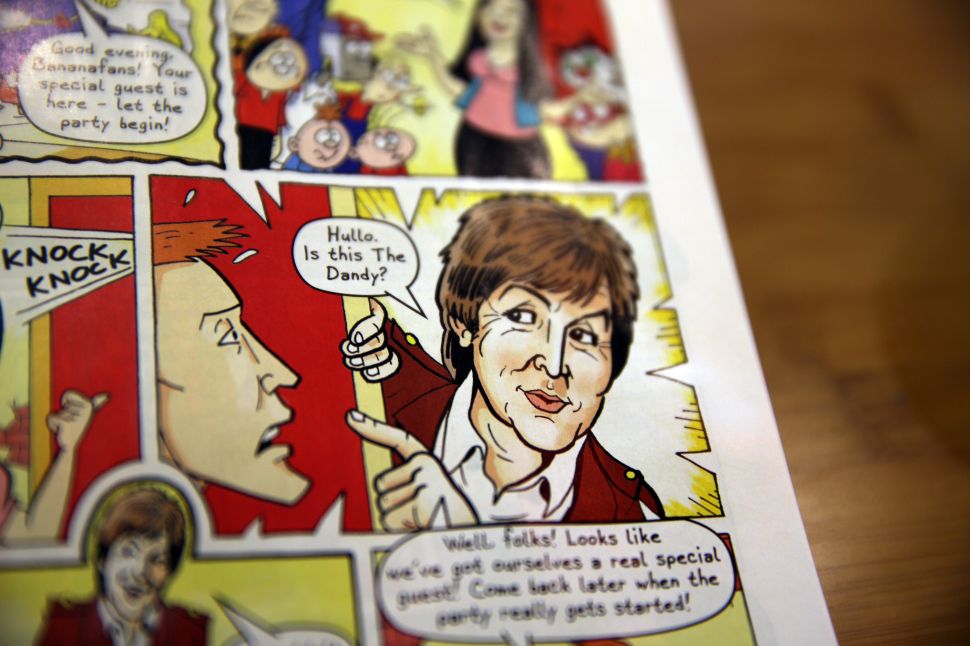