Yesterday, a Federal District Court in Manhattan ruled that the Palestinian Authority (PA) and the Palestine Liberation Organization (PLO) were responsible for encouraging and inciting terror attacks during the Second Intifada. After weeks of trial, a New York jury found that both organizations supported international terrorism and as a result, 10 American families who had their loved ones murdered and maimed were awarded $655.5 million. This jury, comprised entirely of African-Americans, rightfully decided that Jewish blood is not cheap.

Those guilty of murdering Americans and Israelis have been brought to justice. Civilized people the world over echo the words of the heroic lawyer, Nitsana Darshan Leitner, who brought this case forward and proclaimed outside of the courthouse, “This historic verdict against the defendants will not bring back these families’ loved ones nor heal the physical and psychological wounds inflicted upon them but it truly is an important measure of justice and closure for them after their long years of tragic suffering and pain.”

The Prime Minister of Israel, Benjamin Netanyahu, called on the international community to follow the court’s example and punish those who support terrorism. Just as the PA and PLO were brought to justice yesterday, I believe the New Israel Fund must be punished for their support of terrorist activities.

A bewildering—and infuriating—tidbit that will be missed by the mainstream media is the fact that a liberal, extremist “human-rights” Israeli attorney, Michael Sfard, testified as an expert witness for the PLO during trial. Mr. Sfard—no stranger to the media—has previously provided paid testimony for the PLO. Mr. Sfard is an attorney for a number of organizations that are funded by the New Israel Fund, including Yesh Din, Breaking the Silence, and Al-Haq. He also worked on a lawsuit filed in Canada seeking a judicial declaration of Israel’s guilt in committing “war crimes” and deeming the security barrier illegal. As the lawyer who won the case, Ms. Darshan-Leitner said of Mr. Sfard, “In a state of conflict, you can’t give both sides equal rights. Sometimes it comes to a situation of either them or us. If he comes to defend them, he certainly hurts us.”

The New Israel Fund has long believed in using the legal process to harm Israel—as made evident by Mr. Sfard assisting the PLO in court during this historic trial. Additionally, The NIF contributed to the infamous Goldstone Report, which accused Israel of “war crimes” during its 2009 war in Gaza and recommended indicting it in the International Criminal Court.

While my colleague and friend Ronn Torossian recently wrote in the Observer about the New Israel Fund’s support for Jewish groups that are against the Jewish state, I want to emphasize that the hatred of this organization for Israel seemingly has no boundaries. As Naftali Balanson, Managing Editor of NGO Monitor, an Israeli non-profit noted, Mr. Sfard “is at the center of the NGO industry that exploits the rhetoric of human rights in the context of the Arab-Israeli conflict.”

An all-black jury in New York found the PLO guilty of terror—and a New Israel Fund lawyer testified for the PLO. An A-list star, Scarlett Johannson, fights against the Palestinian Boycott, Divestment and Sanctions movement—and Jewish leaders from the UJA support the New Israel Fund as the JCRC lets them march in the Israel Day parade.

Those who stand with New Israel Fund are standing against Israel. To suggest otherwise is a lie. I urge anyone affiliated with the NIF to stop supporting this organization financially.

The New Israel Fund must be ostracized by the Jewish community. An ideal starting point? Do not allow NIF to march with its banner at the annual Israel Day Parade. Don’t allow the parade to be maligned by traitors whose activities prove they stand against Israel.

If you care for Israel, walk away from the New Israel Fund. There is no other choice.

Hank Sheinkopf is CEO of Sheinkopf Communications and a leading Democratic strategist. His clients have included former President Bill Clinton, former NY Mayor Bloomberg and many others. 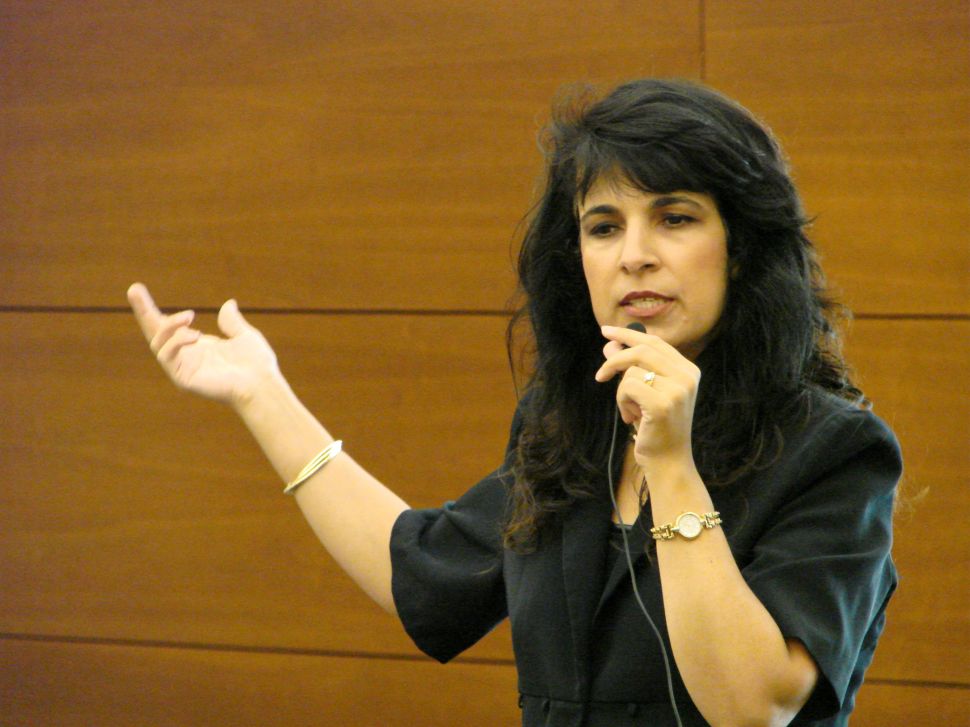