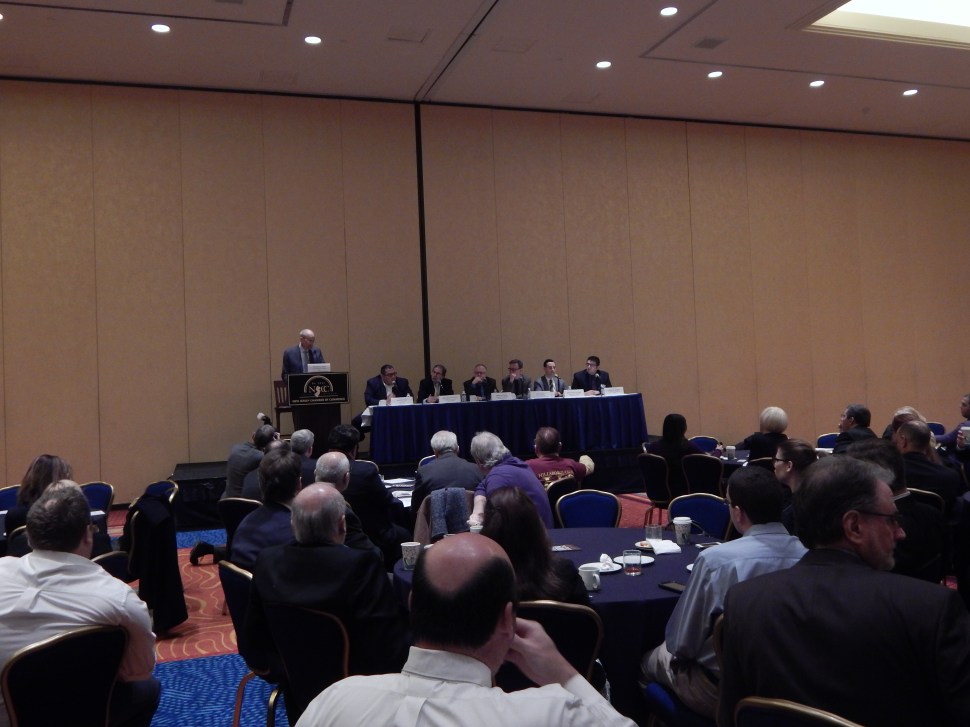 WASHINGTON D.C. — Bitter is the taste on the tongue of the New Jersey reporter scorned on the Chris Christie beat these days.

That was the message — or one of them, at least — at this year’s “Walk to Washington” reporter’s roundtable, where a handful of veteran Garden State journalists convened to mull some of their state’s more pressing political issues. Amid talk of a depleted Transportation Trust Fund, an ongoing pension and benefit reform debacle, and an economically-damaged Atlantic City, the focus turned to what is for many the most significant and exciting story to come out of the state in recent years: Gov. Chris Christie.

“You look at the poll numbers, and you have to start to look at his travel schedule. The fact he’s not visible, he’s not present in the state,” said Andrew George, a statehouse correspondent for NJBIZ. “That’s not just for the press corps, but for the people as well.”

As the two-term governor continues to gear up for a president campaign ahead of next year’s Republican primaries, Christie’s standing both in his party and in the eyes of voters has wavered wildly. After making a huge comeback in 2013, when his reputation was all but trashed under the cloud of Bridgegate, he now finds himself struggling in polls in the national mediasphere, dogged by minor controversies he can’t seems to kick.

Long an out-sized presence in his home state, the Republican’s new-found attention elsewhere has clearly impacted things in New Jersey: his approval rating among residents is at an all-time low, and lawmakers in Trenton seem to be finally looking ahead to life post-Christie.

But Christie’s shift from home-state concern to national ambitions has sent reverberations through the state’s press core, too. A once-revered and respected Republican governor whose rollicking press conferences were often secretly the highlight of many local and state journalists’ week, Christie since seems to have turned the cold-shoulder on that crowd, ratcheting down his public availabilities and even excluding local press from off-the-record meetings in favor of sharing his plans with national outlets.

“This was a guy who used to talk to us almost every week,” NJTV News’ Michael Aron, this morning’s moderator, added.

That Christie’s relative absence in recent weeks, together with his refusal to keep New Jersey’s press in the fold as he charges ahead toward 2016, would be a source of frustration for journalists here is understandable: hour-long press conferences that once bore 10 stories for the enterprising reporter have now dwindled to brief, carefully-groomed remarks at the mic, and even when the governor does confront the cameras, his demeanor — confrontational till death — has changed.

“Often that would be in the context of a 40 min press conference where he’d talk about all kinds of other things, where he’d call out John Boehner, the speaker of his own party, or where he would yell at me or David Cruz,” Katz said about Christie’s more recent public appearances. “It would always be within the larger context of him being Christie.”

While members of the panel sounded shades of regret at the idea of being passed over by an upwardly-mobile Christie after years of good relations, they also suggested it’s ultimately his own loss: his no-holds-barred act and willingness to talk on a multitude of topics often allowed him to dilute of the “mini-controversies” he faced any given week, as well as control the narrative surrounding them.

“He’d also be attacking, when he has an opportunity to talk  in front of the microphone, it gives him the opportunity to take the gun out and start picking people off, and that’s when he’s often most effective,” Katz said.

Panel members suggested that the bout of bad press Christie has faced in recent weeks — from ongoing Bridgegate investigations to slowgoing Hurricane Sandy recovery efforts to controversy of his relationship with figures like Dallas Cowboys owner Jerry Jones and Jordinian King Abdullah — has stemmed from his increasing failure to control those discussions, both at home and nationally.

A good example was his trip to England earlier this month, during which Christie’s office had to quickly walk back controversial comments the governor had offered on vaccinations, calling them out-of-context.

David Cruz, also of NJTV, likened the snowballing of Christie’s problems to a “death by a thousands cuts” — though he said New Jersey’s press corps, despite his relative unpopularity right now, counts him out only at their own “peril.”

“So much has changed. We’ve counted Chris Christie dead some many times since Bridgegate,” Cruz said. “But he has a way of surviving.” 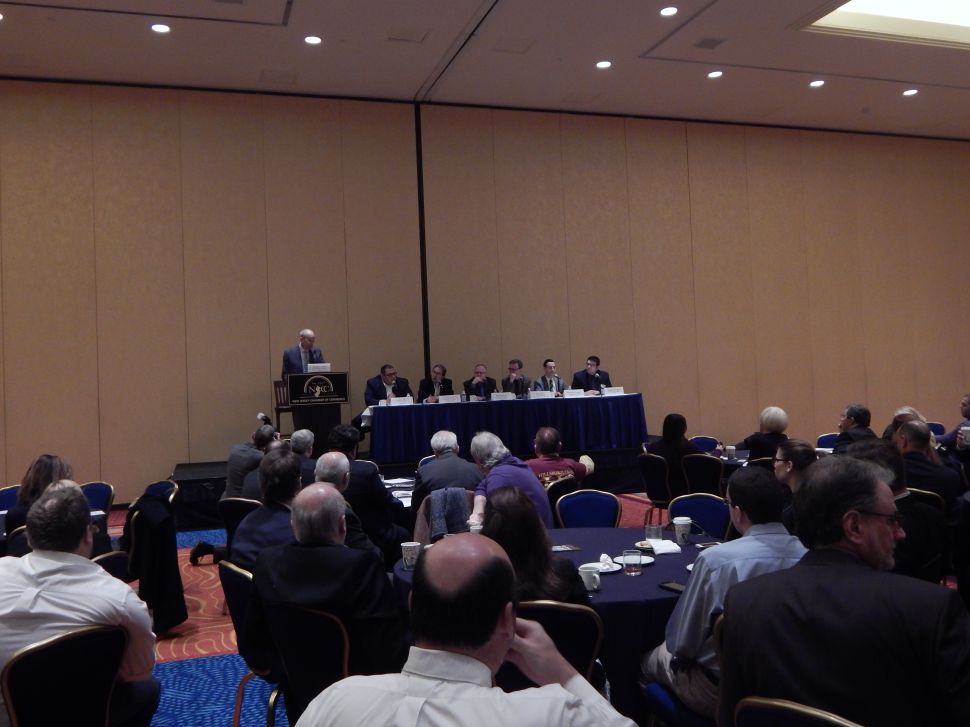