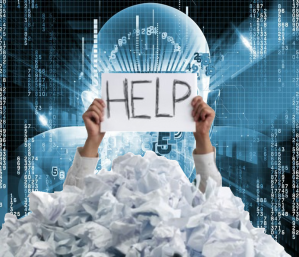 Nokia even forbade Lowdown from using the word ‘here’ in the drop-down menu in the original app. (Photo: Twitter/lowdownapps)

A trivial legal battle between Nokia and a small U.K. startup could put the latter out of business.

The U.K. startup Lowdown Ltd. has a free iOS app called Lowdown for Business Meetings, which acts as a digital personal assistant for professionals and uses artificial intelligence to automate meeting information. A feature of the app that allows users to announce their arrival with the tap of one button became so popular, users wanted the concept spun out into a simple stand-alone app. After releasing a new one-function app called “HERE,” they were faced with one big legal mess.

It turns out that Nokia holds a registered trademark for the word “here” when it’s related to computer software, and they’re going after Lowdown, hard. Because Nokia’s mapping service is called “HERE,” it wants every trace of the word gone from Lowdown’s business—the spinoff app, the original app, social media and all of its marketing platforms, everything—more quickly than the company can make it happen. Despite the fact that Lowdown is cooperating (it even published a statement on its site deeming the matter “an honest mistake” that it will “act as swiftly as possible to correct”), Nokia is continuing to use its big corporate money and legal department to push around and possibly bankrupt the four-employee startup.

“It’s way over-the-top corporate bullying that’s completely unnecessary and could squash our little startup, which we’ve devoted three years of 14-hour days, 365 days a year to,” Lowdown CEO David Senior told The New York Observer. “So, I’m emotionally fueled all right. We cofounders have daughters and wives to provide for. Doesn’t get worse than trying to take my ability to provide for my family away over something so stupid as the word ‘here.’”

On Jan. 30, Lowdown was served with a 104-page cease-and-desist letter that insisted they immediately remove the word “here” from its products or be sued—a lawsuit that Mr. Senior said would definitely do in his company in for good. After being presented with a new deadline of Feb. 10, he said Lowdown responded with a letter detailing that it couldn’t afford to fight legally and simply couldn’t meet Nokia’s demands that soon—it just wasn’t enough time to rebrand, redesign and recode. Lowdown requested to meet with Nokia directly, but the company refused and communicated only through its solicitors, Mr. Senior explained.

Just the other day, the two companies worked out a “deal.” Nokia extended the time to two months but included a number of extremely specific and nuanced restrictions. With the threat of the lawsuit, Lowdown was left with no choice but to comply with the plan set forth by Nokia if it wished to keep its business afloat.

A spokesperson for Nokia provided the Observer with following comment:

“We’re pleased that we have been able to agree with Lowdown that it will change the name of its app, to avoid any confusion with apps using the HERE trademark. Lowdown asked for two months to make the changes and we were happy to accept that. We now consider the matter closed and wish Lowdown Ltd. continued success for the future.”

Lowdown must completely rebrand its second app and remove the word “here” from every inch of its company, including its website and the original app. According to Mr. Senior, Nokia refused Lowdown’s request to rename the spinoff app “I’M HERE” and even forbade Lowdown from using the word “here” in the drop-down menu in the original app. All of this is despite the facts that the products aren’t even slightly similar and “here” is a common word.

Even with the extension, the redesign is crippling the startup. It essentially has to start from scratch with its second app and has to rebrand, design and code it all over again in only two months, and Mr. Senior said it will the take the full attention of three of the company’s four employees to make it happen. If Lowdown doesn’t complete the company makeover in time, Nokia will continue with the detrimental lawsuit. 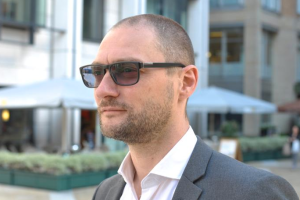 Even if the situation doesn’t reach that point, the financial burden of rebranding and rebuilding the app may be too much for Lowdown, which was funded from the ground up by the team’s friends and families.

“We have enough cash to last four to five months, so this is a major setback and serious and unnecessary corporate bullying, squashing a startup over a descriptive word,” Mr. Senior wrote over email.

He said support has been rolling in since the BBC covered the feud.

“The support has been tremendous: calls, emails, tweets, on Facebook, LinkedIn everywhere,” he said. “I don’t think that—in 2015—people like seeing corporate giants squash tech startups who put their lives on the line to innovate.”

Robert Madelin, director-general of communications networks, content and technology for the European Commission, reached out with support on Twitter and has personally been advising Mr. Senior since.

Lowdown has also seen a great deal of support from the tech industry.

Jack Grove of VirginMedia wrote a blog post titled, “Start-Up Company Bashing by Nokia,” where he said the whole thing “seems pretty petty” and that “Nokia must be strapped for cash.”

Additionally, Benjamin Southforth, who cofounded 3 Beards and is an influential name in Tech City (the Silicon Valley of the U.K.), is behind Lowdown and said he is “livid” that Nokia is acting this way when most large tech corporations work very hard with the startup community. He believes this will affect these relationships globally, according to Mr. Senior.

Drew Curtis, owner of Fark.com who gave a famous TED Talk on patent trolls and has fought one himself, sees a different way this could play out.

“So one strategy I’ve seen kicked around is for the startup to go to a competitor of Nokia and have them bankroll the legal fight,” Mr. Curtis said over email. “Small companies that are willing to fight I.P. bullies may find larger companies willing to back their play.”

But this wasn’t all that possible under the time crunch Lowdown faced.

“The majority of Silicon Valley and the tech startup scene was very keen we kept up the fight,” Mr. Senior said. “But alas, we have to do as we’re told.” 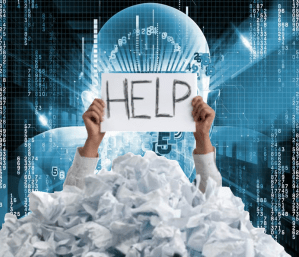