We can’t help but notice that the white Victorian with the pillared front porch at 208 Marlborough Road that the novelist Jonathan Baumbach and his wife, Annette Grant, just sold for $1.8 million, bears more than passing resemblance to the one his fictional avatar, portrayed by Jeff Daniels in his son Noah’s 2005 film, The Squid and the Whale, moves into after separating from his wife. Hearing about his dad’s new digs, Bernard’s younger son, Frank, a Park Slope snob at a tender age, despairs: “Across the Park? Is that even Brooklyn?”

“It’s an elegant block,” Bernard assures him. “It’s the filet of the neighborhood.”

Noah Baumbach would have been about 20 when his father acquired the six-bedroom place, in 1989, a few years older than his avatar, Walt, portrayed in the film by Jesse Eisenberg. And it’s unclear whether the Marlborough home served as a model; “I’m not sure, to tell you the god-honest truth,” Mary Kay Gallagher, whose firm had the listing, told the Observer. But certainly, the house, which stands in the Ditmas Park area, is across the Park from the 6th Avenue brownstone where much of the movie was filmed, and which sold in 2012 for $3.45 million. It also has a certain amount of elegance, if also the need for a little TLC from the buyers, Eugene and Elizabeth Avila, according to city records.

Refinished parquet floors in center hall make for a lovely entry, and many period details of the 1910 construction are in tact: plaster walls, oak paneling, three sets of pocket doors and wood-coffered ceilings in the dining room. Otherwise, things a bit on the dark and musty side, in part on account of all the wood, and in part due to elderly wallpaper, paint, and bathroom and kitchen implements. But at 81, Mr. Baumbach has had a good long run on the “other” side of the Park, and he can, with a clean conscience, shrug-off aesthetic criticisms from incoming whippersnappers by telling them he’s been a neighborhood fixture since way before it was cool. 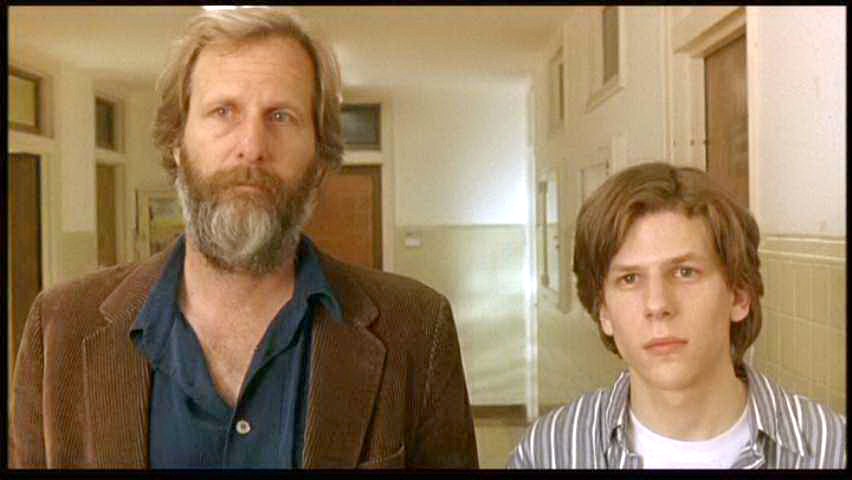