As the winter continues to grow colder, the number of homeless using the city shelter system is at an all time high, according to data collected by Coalition for the Homeless.

The statistics from November, 2014 state over 60,000 people are expected to sleep at one of the city’s shelters tonight, including 25,000 children–-that’s a 10 percent increase since Mayor de Blasio took office a year ago.

Acting as an advocacy and direct services group for the homeless of New York City, Coalition for the Homeless continue to help those on the streets find shelter.

Patrick Markee, Deputy Executive Director for Advocacy at the Coalition for the Homeless, said the system is currently failing those left homeless, suggesting the blame lies on the slow mayoral administration process to change the cuts made by Mayor Bloomberg’s to permanent housing resources.

“The bad news is that the first year of de Blasio sort of ended up being a hang over after the disastrous Bloomberg policies, much like Bloomberg inherited when he first entered office,” Mr. Markee told the Observer. “The good news is that in the coming year we’re very hopeful that we actually start to see the number of homeless families and kids begin to go down as a result of the reforms the de Blasio administration has put in place.”

Those hopes may be becoming a reality.

The most recent shelter census conducted by the Department of Homeless Services puts the number of homeless at 58,506 individuals, that’s approximately 1,500 less people seeking shelter during this recent cold snap.

A DHS official said the city is focusing on two strategies to address the high population of homeless in New York City: prevention and rental assistance.

According to Mr. Markee, permanent housing is a key priority for the city. Mr. Markee said the cost of living in New York City results in people seeking shelter each night.

“One third of our families in the shelter system are working families who just can’t afford market rents in the city,” Mr. Markee said.

A DHS official said the continued economic crisis has led to the jump in the homeless shelter census, stating that “Increasingly, income inequality in this city has hit hardest upon those on the precipice of housing instability.”

Having just short of 15,000 families staying in shelters every night, Mr. Markee said it’s important for a child to have a stable home.

“No child should be homeless but now we have children staying in our shelter systems that are here for on average more than 14 months,” Mr. Markee said.

“The Bowery Mission has been seeing about 200 people each night, during this coldest part of the winter,” Mr. Winans said. “We’re using every inch of space we have to house people.” 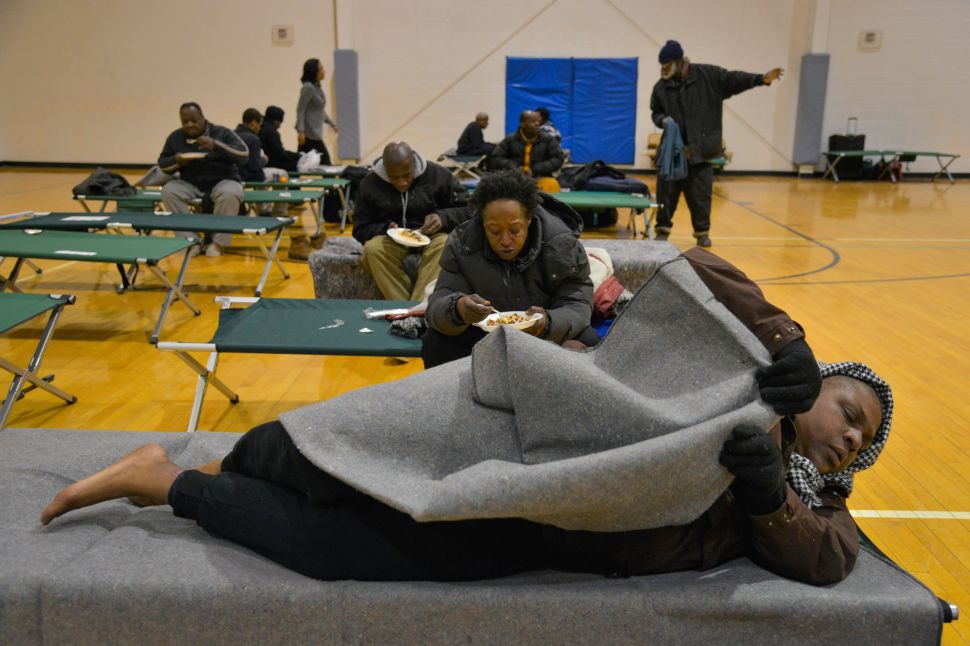