As the menswear market continues to boom, men are snapping up jackets, pants, shirts and even pocket squares more than they have in decades. Luxury menswear continues to receive more and more attention, while upstart mass market brands are multiplying online.

But there is one area that has not seen many buzzy, new retail brands emerge: footwear. Sure, sneakers have been a footwear behemoth for years now. But when it comes to shoes for work and special occasions, men are seeming faced with two options: low-quality lace-ups from mass retailers or top-notch designer kicks for $500 and up. There doesn’t appear to be much middle ground.

Ariel Nelson and Lane Gerson became aware of the issue one afternoon while walking through SoHo in May 2012. They wondered, “Why can’t we find a way to make a shoe that’s timeless and well-made for $100 and sell it for $200?” Mr. Gerson recalled. “That would be great.”

So, they did. And since then, they have raised more than $11 million in venture capital, have grown 300% from quarter to quarter since their October 2013 launch, and opened a brick-and-mortar store in Tribeca.

But when they first came up with their multi-million-dollar idea, Mr. Gerson was working in finance while Mr. Nelson was in food and beverage distribution. For almost a year, they worked out the kinks for their footwear idea while also raising money in Silicon Valley for the web-based company. One by one, they shed their day jobs. They named their shoe company Jack Erwin, after each of their fathers, because they knew their dads would never spend more than $200 on a shoe.

Early on, they were aware that they were missing a crucial ingredient to the company: a shoe designer. In a stroke of luck, Mr. Nelson decided on a whim to shave his head in August, several months after the inspiration for Jack Erwin had first hit. At the barber shop, he was seated next to a man who was “talking to the barber like it was his therapist,” Mr. Nelson recalled.

The man lamented that he had been working at massive fashion companies as a shoe designer for his entire career, but had never been able to truly call any products his own.

“I’m like, ‘I’m pretty sure this is the serendipitous moment when I’m supposed to interject and talk,'” Mr. Nelson said.

He learned that the man was Bertrand Guillaume, a head shoe buyer for Ralph Lauren with years of experience. Mr. Guillaume also has worked as a shoe buyer for Saks Fifth Avenue.

All three agreed that quality was of the utmost importance, so they started seeking out factories in Spain and Portugal.

“It was a conscious decision for us to produce really high quality shoes from great raw materials and from techniques that were storied, and where you get that is in Europe,” Mr. Gerson said.

Their current line of 11 shoes comes from four factories in Spain and all of the styles are handmade.

“These shoes are made by artisans,” Mr. Nelson said. “These are literally men sitting there who’ve worked in this industry for 20, 30, 40 years, sitting there, hand-stitching.”

Some of their styles come with Goodyear welted soles, meaning the bottom of the shoe alone takes 100 processes to construct. Many of their shoes have leather soles, but the quality is such that they can have rubber soles attached by a cobbler for winter weather. When designing each shoe, which takes about three months, they try to keep it simple with as few lines as possible. Their classic styles, which include loafers, wing-tip Oxfords and dress combat boots, are modernized with an almond-shaped toe.

Most of their styles cost less than $100 to produce, and they sell them for $195. Boots are a bit pricier at around $220. Footwear made through the same methods usually sells for $400 or $500 in department stores, they said.

The founders know they have stumbled upon footwear at a time when male interest in clothing and style is reinvigorated.

“When we graduated from college,” Mr. Gerson said, “it wasn’t cool to care about anything. It was cool to look like a schlub and ambition wasn’t tied to appearance. Nobody wanted to care; it wasn’t cool. Over the years, men have started to really care.”

He links this to similar renewed interest in high-quality foods, furniture, coffee and other goods. A growing segment of the population is tired of quick fixes and is more likely to seek out quality.

“We got so inundated with things, it was time to say, ‘Wait, what are we actually consuming?'” he said.

Mr. Gerson and Mr. Nelson suspect they will also benefit from the male consumer’s more pronounced brand loyalty. Men, they posit, are more likely to find a brand they like and stick to it, while women are interested in one-off purchases from many different labels.

Jack Erwin’s branding and its Tribeca store give off an accessible vibe. So accessible, in fact, that Mr. Gerson and Mr. Nelson actually have bedrooms in their sunny offices on Lafayette Street. The founders are interested in demystifying clothing for the scores of men who are taking an interest in clothing and shoes for the first time.

“It’s about making this a lot less intimidating of an experience,” Mr. Gerson said. “We’re relaxed in here and not so serious.”

In the future, Mr. Gerson and Mr. Nelson would like to open more Jack Erwin stores and continue to grow the brand online. Their customers come from all over the country, and they have a surprising amount of men buying from them in Los Angeles and San Francisco.

“Men came from a place where you had one pair of black shoes and one pair of brown shoes, and that’s changed,” Mr. Nelson said. “[Footwear had been] a hard product to find with a price point that was too high, so they neglected it because it was something they didn’t want to think about. But this price point allows them to purchase a lot more than they would have.” 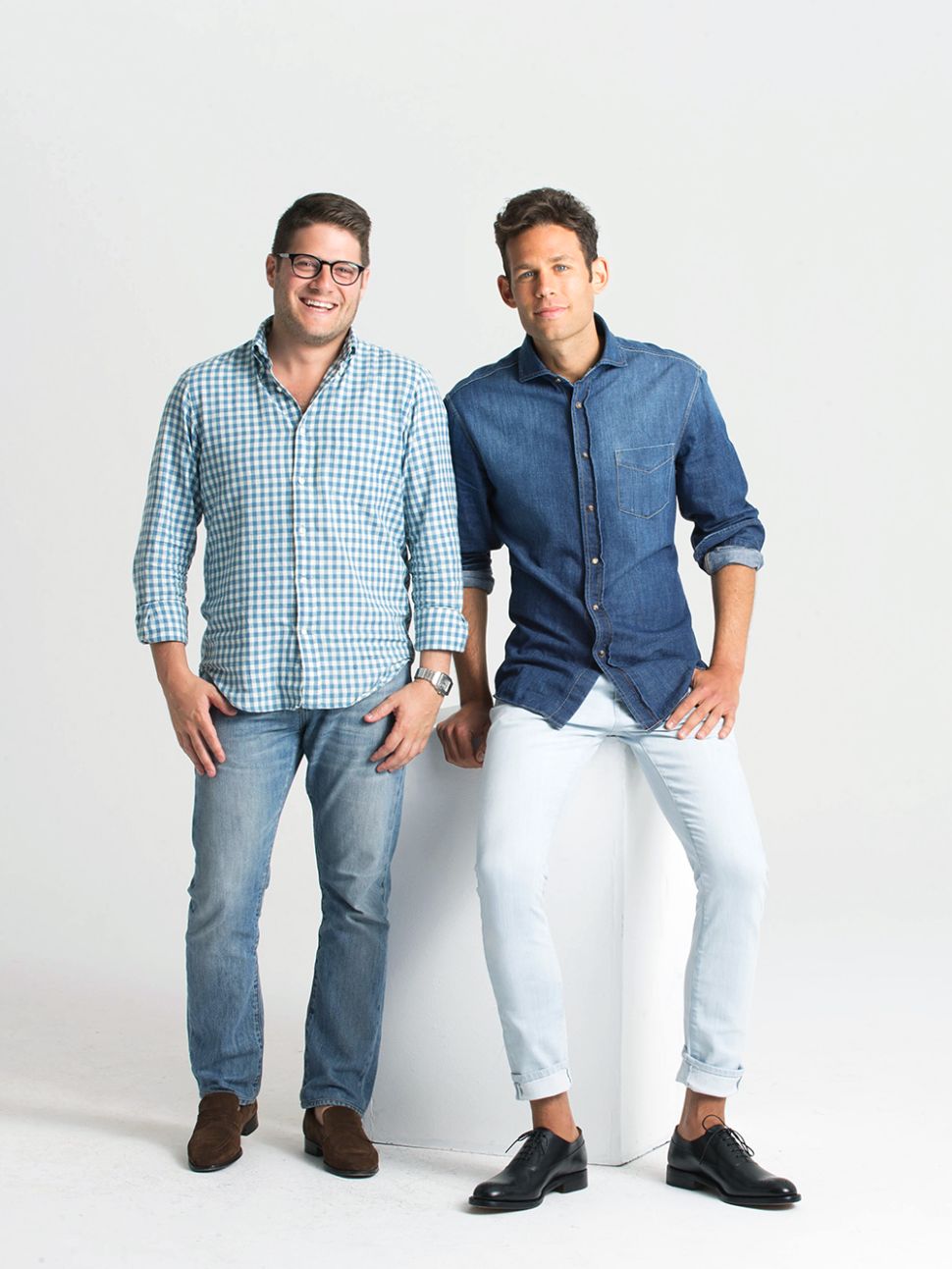