Investors are doling out money to an app that’s perhaps best described as the Uber for valet parking.

From crowded streets to pricey, hard-to-find parking, it’s an indisputable fact that driving in this city is the stuff of nightmares. But for Robert Kao and Lawrence Lee, New Yorkers’ disdain for driving didn’t stop them from launching their on-demand valet parking service, Valet Anywhere, last year; rather, it told them the market was ripe for disruption.

“We know if we make it in New York,” Mr. Kao told the Observer, “we can make it anywhere.”

As far as we can tell, they will make it in New York. Valet Anywhere today announced the completion of a $1.35 million Series A, from investors including CyberAgent Ventures, AngelPad, and Urban.Us. Starting today, they’ll also be offering Valet Anywhere Long Term: a long-term valet service for New Yorkers who want to keep their cars in the city, but only drive them a couple of times a month.

We asked Mr. Kao why he thought investors were so drawn to Valet Anywhere.

“They’ve been interested in not only the size of the parking market, which is over $25 billion, but also the team’s ability and track record to execute,” Mr. Kao said. “We’re also using technology that can be broadly used by consumers to solve everyday problems, which intrigues many of our investors.”

As of today, the app has two main uses. There’s its original on-demand valet parking service, available only in Midtown Manhattan, which lets you summon an attendant to park your car for $6 an hour in a “secure garage,” according to the company’s site. Later—when your Broadway play or shopping spree is done—you tell the app you’re ready to drive home, an attendant will bring your car to you within 15 minutes.

The long-term valet option is available in Manhattan and Brooklyn, starting at $249 a month. Pricing varies depending on how often you need Valet Anywhere to retrieve your car. Long-term customers can also have Valet Anywhere take care of other car-related services, like car washes, fuel top-offs, and New York State inspections.

The founders hope their app will cure New Yorkers of the same driving-related problems they used to experience. Mr. Kao said they developed the app “after numerous parking tickets, having our cars towed and having to pay hundreds of dollars to get them back, car accidents happening due to street parking and more.”

When it comes to future plans, Mr. Kao is hoping to expand Valet Anywhere’s on-demand service to cover more parts of Manhattan and Brooklyn, as opposed to just Midtown.

“With Valet Anywhere, owning and driving a car in cities is fun again,” Mr. Kao said in a release today.

We’re still not sure it’s fun to drive a car on the chaotic streets of NYC—particularly in the ninth circle of hell otherwise known as Times Square—but we can see how Valet Anywhere makes it somewhat less of a hassle. 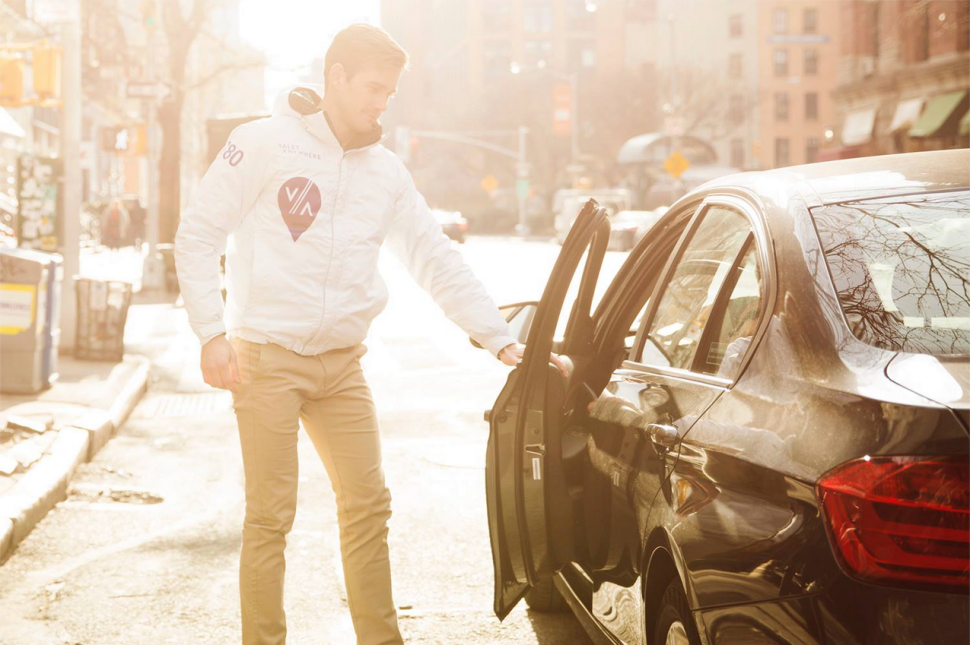