The $1.95 billion sale of the Waldorf Astoria has been completed, with the storied hotel passing from the hands of Hilton Worldwide Holdings to Anbang Insurance Group Co., according to The Wall Street Journal.

And across town, the Hudson River Park Trust signed a lease deal with billionaire Barry Diller, which will allow the mogul to build the $130 million Pier 55 performance space/park, The New York Times reports. While the park is chronically short on funds, and cannot pay for basic maintenance, including the replacement of pilings on Pier 54, which will be demolished to build this park, or fix the deteriorating Pier 40 (which has been so long neglected it now needs $100 million worth of repairs), Mr. Diller decided that what the city really needed was another blockbuster park to maintain. Though he has offered to fund the first 20 years of maintenance.

City Council speaker Melissa Mark-Viverito spoke up in defense of industrial zones today, challenging the mayor’s plans to appropriate some of them for affordable housing developments, Crain’s reports. “We want the next MakerBot or Etsy to set up right here in New York City,” Ms. Mark-Viverito said of her stance. It’s not the only otherwise-designated space that de Blasio plans to re-purpose—his administration also plans to turn at least 11 community gardens into housing developments.

Meanwhile, the mayor said that he was “unfamiliar with the specifics” of the NYCHA privatization plan that council members expressed concerns with at a hearing yesterday, according to Capital New York. “Not knowing the specific case you’re referring to I’ll make the broad point, we do work very, very closely of course with the Housing Authority and our vision, our broad vision for the future, is that we want a very different relationship with the tenants than has been had in the past,” de Blasio said, evading the reporter’s question on whether he’d signed off on the deal or not.

In Chelsea, City Councilman Corey Johnson is calling out JDS Development Group for not committing to use union labor at its project on W. 24th Street, according to DNAInfo. JDS is also developing super-prime tower at 111 W. 57th, which will also not use union labor, a city precedent for skyscraper construction. Now, will the condo prices will reflect the savings?

Not reflecting any savings: the Greenpoint studio/home of artist Matthew Day Jackson, who is asking $11 million for his 15,000 square foot residence, Curbed reports. As for the great artists vs. developers antipathy, we suppose Mr. Jackson concluded that if you can’t beat them…?

And apparently, Bed-Stuy’s Bedford Avenue is a “condo canyon,” as one broker told DNAInfo. It is, in any event, a rabidly overpriced one, with one new development priced at nearly $1,000 a square foot. Are Brooklynites really so desperate that they’ll pay $825,000 for an 850-square-foot two-bedroom on a busy, largely charmless thoroughfare? Also, Bed-Suty broker Ban Loew says what may be one of the more offensive things we’ve ever heard: “It should not be ‘do or die’ anymore, but ‘rent or buy Bed-Stuy.’”

Instead of wasting money on ferry service, maybe the city should spend the money on an outer-borough rail line that would largely make use of the existing freight train lines and tie low-income neighborhoods together. Capital New York reports that the Regional Plan Association is calling, again, for a 24-mile-long outer-borough X line: “Passengers would board at one of 22 different stations stretching from the Bay Ridge in Brooklyn to Jackson Heights in Queens, to Co-Op City in the Bronx.”

Finally, Gothamist reports that The New York Times has hit peak demographic: helping elderly people figure out how to use their computers. 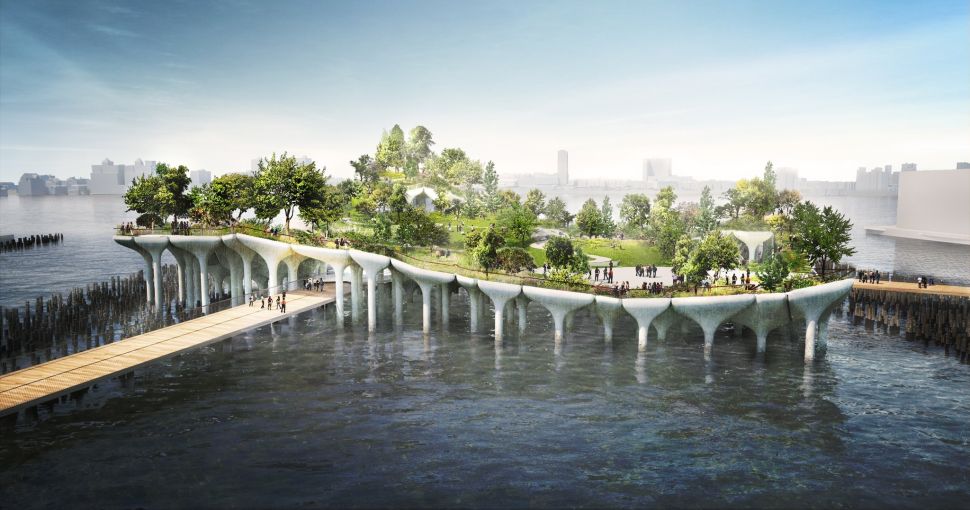