It’s not just you: this February really is miserably cold. The New York Times reports that today is the 22nd day in a row without above-normal temperatures and that if the forecast holds this week, temperatures will average 19 degrees below normal. “I don’t see any evidence that this is really going to change much over the next 10 days,” Bill Goodman of the National Weather Service tells the paper. On Friday it might actually be zero.

Bryant Park’s frozen fountain is actually something of a problem, Gothamist reports—because of the prolonged freeze this year, the fountain’s icicles haven’t melted, meaning that the weight being borne by the granite bowl is just becoming heavier and heavier.

And yesterday the East River froze, New York Magazine reports. And we can confirm that portions of the Hudson, at least by the shore, froze, too!

There’s been much talk of loving being in the air of late, but when it’s not anymore, you sometimes find yourself living in an apartment with an ex. As one woman tells DNAInfo: “You’re trying to deal with your feelings, but you’re seeing this person who makes you feel a million times of everything.”

At the Branson at 15 and 19 W. 57th Street, hotel guests complain of rude tenants passing in the hall—it’s no wonder as few long-time renters would be thrilled to live in an illegal hotel. Crain’s reports that the twin buildings together “have been the subject of more illegal-hotel complaints than any other in the five boroughs, resulting in nearly $100,000 in unpaid violations.” No Airbnb this, after real estate developer Salim Assa bought the building in 2013, rooms started renting in the vicinity of $237 a night under an LLC run by brothers Eran Suki and Ben Zion Suky, according to the paper.

Proponents of congestion pricing have timed the release of a new proposal to the MTA raising tolls on bridges and fares on subways this March, Capital New York reports. The group, MoveNY, advocates charging tolls on the East River bridges and across 60th Street in Manhattan. The proposal is largely the same as the one the group has released before, but calls for more pedestrian and bike bridges have been removed.

Westchester and Long Island build at the same pace as Detroit, YIMBY reports from census building permit figures, but New Jersey’s Hudson County is at least picking up some of the slack. “Hudson County approved building permits for 7.1 housing units – on par with the Orlando or Charlotte metropolitan areas.”

Reluctance to build is not, though, a problem we’ve been seeing much in Manhattan, particularly among the city’s ever-expanding private schools. The West Side Rag reports that Manhattan Country Day School, which bought the building at 150 W. 85th last month, is seeking permission to build higher.

Finally, Curbed decodes all your real estate dreams, from the very common “extra room” dream (which we suspect space-starved New Yorkers may have more than others) to this very specific one (we wish it were true)!” I have a recurring New York City real estate dream! It’s about a magical neighborhood that’s part Ditmas Park, part Cobble Hill, and part, like, Maine vacation town. It’s like Ditmas Park in that it’s exactly far enough from Manhattan to be a pain in the ass without being so far away that you’d never consider living there. Also, the houses are in the $1-million-or-less range, and the rent isn’t terrible. (Maybe that was Ditmas a few years ago? Regardless, my psyche has generated a price range for the local real estate, which probably means I have been living here too long.” 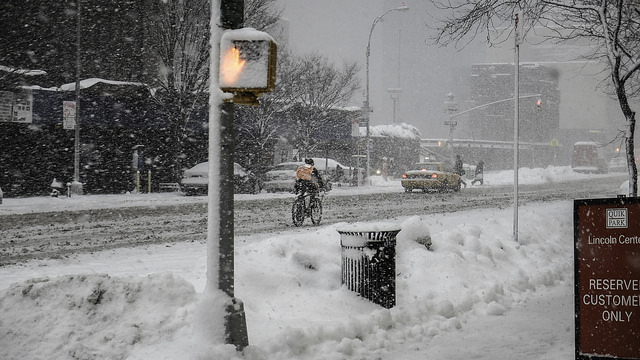