The East River Ferry was trapped by ice yesterday and had to temporarily suspend service, Gothamist reports. The river, which is actually technically an estuary, has unpredictable ice flows, the ferry operator says. So how well does this bode for the Mayor’s plan to add a number of new ferries to the mix?

Maybe the East River needs a coast guard boat to break up the ice like the Hudson?

But the city certainly needs a big transit intervention: overcrowding on subways led to a 113 percent increase in related delays, the Post reports. And weekdays trains experienced overcrowding delays a staggering 14,843 times in December. Bronx rider Ansley Davenport told the paper that she’s witnessed riders chide parents for bringing kids on the train during rush hour.

A woman whom police allege stole thousands of dollars from families hoping to move into a new, Washington Heights affordable housing complex was arrested at JFK Monday on several counts of grand larceny, according to DNAInfo. Posing as a leasing agent for 552 Academy Street, Police said that Jennifer Ricardo collected $24,000 before fleeing to her native Puerto Rico.

There’s imaginary affordable housing. And then there’s largely bygone affordable affordable housing, like SROs, which still exist but are a vanishing breed as no new ones have been opened since the 1950s. A writer remembers in Curbed  what it was like to live in one in Chelsea in 1995. The rent was $550.

In Newark, a Valentine’s Day special that let couples purchase city-owned lots for $1,000—with the agreement to build a house there that they would live on at least five years—drew long lines of eager homesteaders, The New York Times reports. “The sale lured people from all five wards of Newark, all five boroughs of New York and at least five continents: the Portuguese and the Brazilians who live in the nearby Ironbound neighborhood; Koreans and Midwesterners from Jersey City; a Cameroonian family who rode the subway four hours from Jamaica, Queens; and Ali Shah, a graduate student from London with a Cambridge Ph.D., now studying for an M.B.A. at Rutgers.”

Citigroup is selling a lot adjacent to its Long Island City tower in something of an acknowledgement that the neighborhood never really became an office destination, according to The New York Times. It will almost certainly be developed as housing. But it’s certainly not a disappointment for the bank, which could get as much as $150 million for the site. The bank says that it will take the city’s priorities into account on the site. Which sounds vague.

In related news, an “affordable” steakhouse with steaks for less than $20 is opening in Park Slope, DNAInfo reports. Those steaks will be 6 oz., and larger steaks will run $50 to $60. At least the owner has a line to warm the family-friendly neighborhood’s heart: “We believe that children should have the best quality food, same as adults do.”

Still, somehow, having to believe that $11 drinks and $20 steaks are affordable seems worse than just paying whatever the “unaffordable” price is at this point. 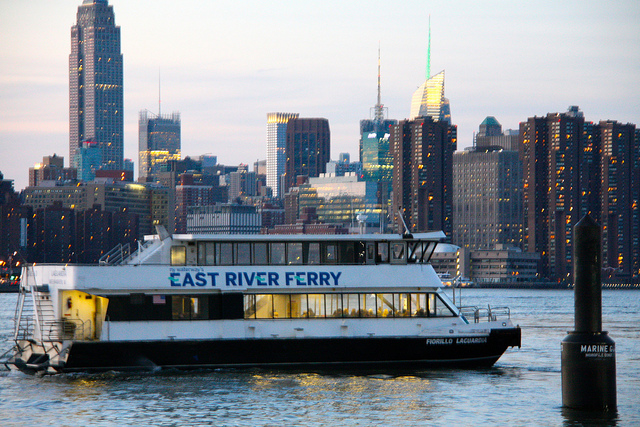