To begin, when I say “jump the shark,” I’m not making a Katy Perry joke, so let’s get this out of the way immediately.

Now we can begin. I remember a time of yesteryore when the most anyone hoped for from Super Bowl commercials was a celebrity cameo or two, some jingles, maybe Doritos would up its game for a night. No biggie. But in the past, say, two or three years there’s been an uptick in the amount of commercials that make you feel feelings. Yeah, there’s always been the sad commercial or two, but it’s gotten to the point where every Super Bowl commercial break is like 90% bummer 10% Jeff Bridges watching you sleep. Somewhere along the line it wasn’t enough to just include a cute puppy, that cute puppy had to get stranded out in the rain as its owner unknowingly drove their pick up truck away.

Then last night Nationwide, the same company who had Peyton Manning sing to a chicken parm sandwich, hit us with the sad commercial to end all sad commercials, and I think it was just finally too much. Sad Super Bowl commercials have officially jumped the shark

For those at work who can’t watch the video, or just for those who don’t feel like enduring 48 seconds of pure agony, the commercial depicted a young boy recounting all the things he’ll never do. Sail a boat with his dog, for example. For about 30 seconds you think it’s just because ugh, being a kid is hard. But nope.  He can’t do all those things because he died in an accident. “The number one cause of childhood deaths is preventable accidents.”

Let’s forget for a second that Nationwide is an insurance company, and having insurance doesn’t really help with not paying hard enough attention to your kids. Because it’s not like I disagree with the message. I might just be a cynical internet writer but I’m never going to disagree with the message of “please please make sure a TV doesn’t fall on your kids.” That’d be awful. It’s just the execution I have a problem with. Because as far as inducing sadness goes, I’ve never seen an attempt that was so engineered in a corporate, cold sad factory. I’ll admit something. I watched the Super Bowl in a room full of different people with different backgrounds and experiences, and when this commercial ended 99% of them laughed. Laughed, at a kid saying he died.

Normally that’s…unnatural? But so is this commercial. It is just so obviously screaming directly into your face YOU’RE SO SAD NOW, AREN’T YOU? It’s like a terrible rapper dropping the mic and walking offstage to the sound of awkward silence. I guess best case scenario people can call it blunt. They can say it shocks you into awareness. But what am I aware of now? That accidents happen?

I think half of the problem is the timing. Yeah, Super Bowl ads are worth millions and millions of dollars because there are over 100 million eyeballs on the screen. But, like, know your audience. Barely anyone is watching the Super Bowl, sober or drunk, to be taught a lesson. Honestly, the only people I can see being directly affected by this commercial are people who have suffered similar accidents. And what do they get out of it? An awful, painful reminder? Thanks, Nationwide.

I’m sure opinions are split over the whole thing. Because, again, it’s not a terrible lesson to impress on people. But let’s take a big ol’ backwards step, every ad agency out there. We get it. Tugging on our heart strings is the oldest trick in the book. But the general TV audience isn’t just a mass of walking, talking tear-ducts. And they aren’t stupid, either. We can see when you’re making a genuine attempt to send a message, and we can see when you’re just trying to adver-punch us in the face. Why use an opportunity in front of hundreds of millions of viewers to just spread sadness instead of actually send a great message? That’s like throwing the ball as hard as you possibly can on the one yard line instead of just simply running it in. Because, as we all saw, throwing it as hard as you can just leads to a loss. 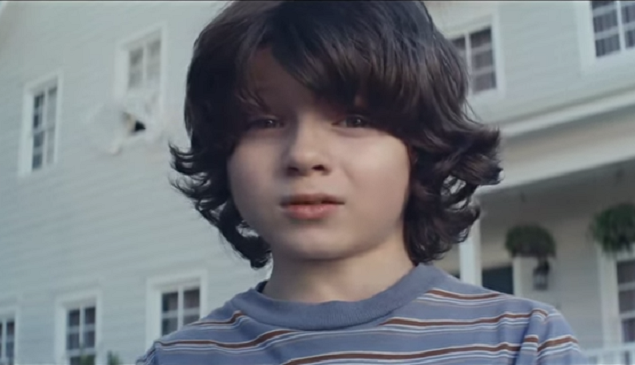