“Hi we’re Parquet Courts and we’re from … here,” bassist Sean Yeaton told the crowd at Palisades when the rock quartet hit the stage at 11 p.m. on Tuesday. That introduction was the extent of banter from the band during the second of two sold-out shows at the nine-month-old Brooklyn DIY venue.

It was typical of the understatement Parquet Courts applies to its post-punk sound, a throwback ruggedness that has pushed the group to the front of the city’s fractured young rock landscape. The humble hello came between the tight, instrumental “Up All Night” and grungy, slow-fast “Bodies.” Then the stage diving erupted during “Black and White,” another track from last year’s Sunbathing Animal, the group’s breakthrough LP.

Mr. Yeaton, Andrew Savage and Austin Brown (who split vocal and guitar duties) brought a coiled physical restlessness of half-headbangs to their performance. The band hewed closely to its studio sound while complementing the nine-month-old DIY spot’s beyond-barebones aesthetic. The aptly-named Mr. Savage was a standout as he handled the vocals on staccato shredders “Black and White” and “Ducking and Dodging” with a hoarse, blitzkrieg delivery more insistent than the sardonic detachment common to Parquet Courts’ recordings.

The group’s combination of workmanship and chaos buoyed the night’s energy through slow burns like “Dear Ramona.” But the venue’s unfortunate railroad apartment narrowness contributed to talky restlessness among the sold-out crowd stuck in the back rows and blocked from the stage by floor-to-ceiling columns. Complaints aside, with programming like Tuesday’s, Palisades, located under the J/M/Z tracks in Bushwick, could become a welcome redoubt from the spate of DIY venue closings that has decimated the scene in Williamsburg.

On the subject of inheriting mantles, Parquet Courts aren’t sonically shy about their fondness for greats like the Velvet Underground, Television and Pavement. But dry, sly lyrics that are alternately caustic and searching help make up for occasional derivativeness. And the confident weariness displayed at Palisades should transfer well to much bigger rooms. 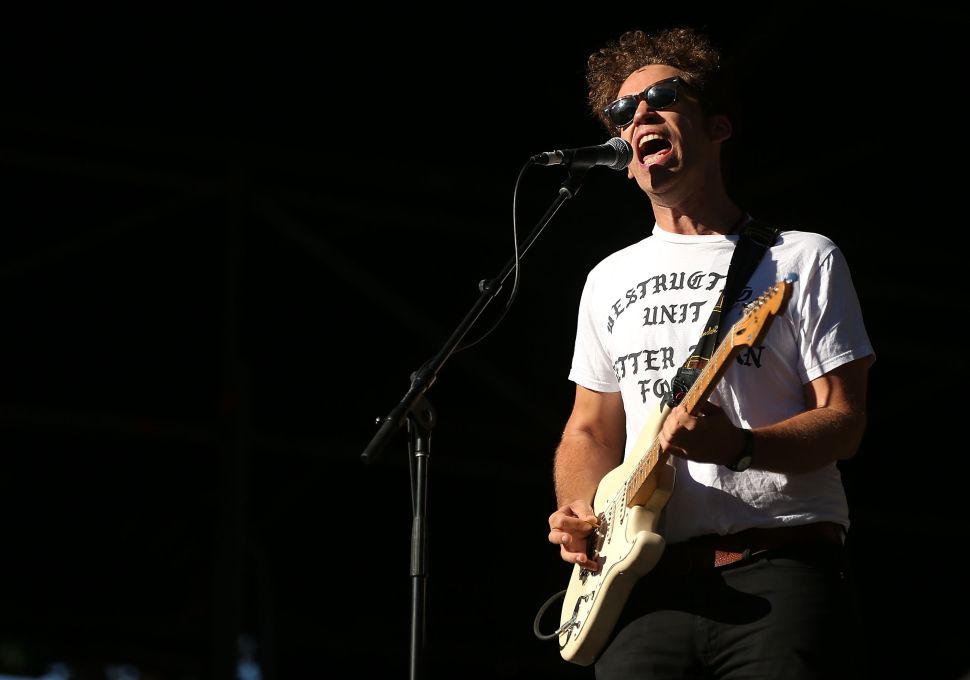