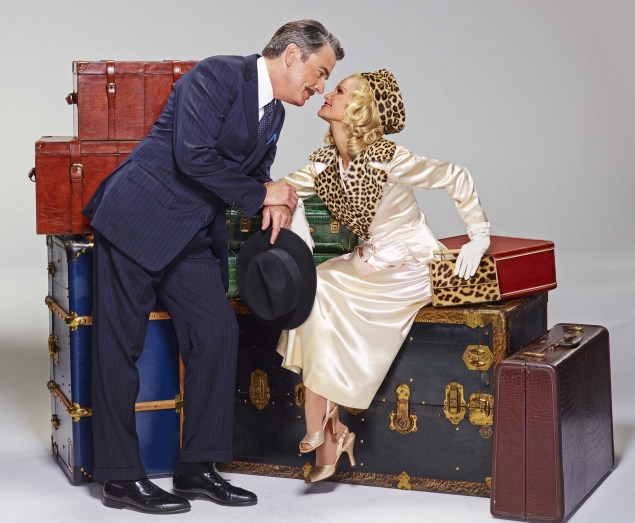 In On the Twentieth Century, Peter Gallagher and Kristin Chenoweth play old flames who reignite on a train.

“Tell her I’m dying!” cries Oscar Jaffee, the flamboyantly theatrical director in On The Twentieth Century as he dispatches an underling to lure his pet actress back to her gilded cage. “And, Owen, don’t overact!”

Dramatic excesses have always been one of the occupational hazards of Twentieth Century travel. Ben Hecht and Charles MacArthur’s original 1932 play by that name and the musical remake that Cy Coleman, Betty Comden and Adolph Green did in 1978 were swamped in overripe emoting. Indeed, that’s the joke of it all, and the zany musical served up enough uncured ham to win five Tonys.

The play has been back twice before—with Jose Ferrer and Gloria Swanson in 1950, and then again with Alec Baldwin and Anne Heche in 2004—but no one has rushed forth to take on the musical and its hefty demands (which are positively operatic).

Now, Peter Gallagher and Kristin Chenoweth have stepped up for a March 12 bow at the American Airlines Theater. So it’s “All aboard!” for a fifth Broadway ride on the streamlined, Art Deco-ed Twentieth Century Limited from Chicago to New York. Oscar Jaffee, striding about coat over his shoulders and imperious, is again in madcap pursuit of a muse who has flown the coop. He discovered her as Mildred Plotka, dubbed her Lily Garland and put her on stage. But, once raised to Star, she broke his spell and took flight—illogically by rail on the same luxury train from Chicago to New York that he’s on, just a few compartments away from his stranglehold.

Essentially, what we have here is the tale of a Svengali chasing after his un-mesmerized Trilby. And, since John Barrymore had played Svengali (and other authority figures with elephantine egos), he was the go-to guy for the 1934 film. “Why me?” he is said to have sniffed with a hint of haughty indignation. “Because,” said director Howard Hawks, “it’s the story of the biggest ham on earth, and you’re the biggest ham I know.” The actor signed on the dotted line instantly. (Oscar Jaffee is a broad-stroked facsimile of a theater titan of the time: The legendary and eccentric producer David Belasco.)

Since it’s about theater people, theater people have always loved it and, in its last trip to Broadway in 1978, On the… made a tidy sweep of the Tony Awards, including one for John Cullum as Best Actor. The agile and precise Kevin Kline copped the Tony in the featured category for some hilarious physical comedy, playing Lily Garland’s movie star boyfriend.

The 2015 version of Bruce Granit is Andy Karl, who has gone through his fair share of pratfalls and hard knocks doing eight consecutive Broadway musicals since 1999. The last, Rocky, in which he played the title pugilist, made him a contender. “This is not as hard as getting hit in the face. It’ll be a lot of doors slammed in my face—literally. It’s about taking more hits again, but that’s kinda where I live—in that Bugs Bunny sort of goofy, slapstick world.

“This is working a whole different set of muscles. There’s so much comedy and such a great cast. We’re all dependent on each other’s timing, which is different from Rocky where I carried the show. I wish I could say the pressure was off, but every time you step on a live stage and see thousands of people watching you, it’s, like, ‘O.K., you’d better do your job.’ ”

Oscar Jaffee is the third director in a row Mr. Gallagher has played on Broadway (the others were The Country Girl and Noises Off), and it’s his first musical role since Sky Masterson (in the 1992 Guys and Dolls).

“On the Twentieth Century is one of the first shows I saw when I got to New York to start my career, and I did the very next Comden-and-Green show that Hal Prince directed—A Doll’s Life,” said Mr. Gallagher, who is currently playing both a blowhard movie producer in HBO’s Togetherness and Olivia Benson’s short-tempered boss in Law & Order: SVU. “That’s when I got to really know them. It’s funny, I can see them as I study this material, and the more I study it, the more impressed I am.”

Ms. Chenoweth’s first Comden-and-Green experience was when she asked them for tips on one of their songs (“If You Hadn’t, But You Did” from Two on the Aisle), which she recorded for her first album. “When we finished, Adolph looked at me and said, ‘Y’know, there’s a part we wrote, and some day you have to play it.’ And Betty went, ‘Lily Garland?’ He said, ‘It’s like we wrote it for you.’ Over the years, we did a couple of master classes together at NYU, and they kept reminding me of the role. It was always in my mind.”

Not until Roundabout’s artistic director Todd Haimes and director Scott Ellis put together a reading of the show for her did she  realize their wisdom. “Everybody was right, but, mostly, I knew I had to do it, and I accepted it. That was two and a half, three years ago. Since then, it’s been a matter of synchronizing schedules and theaters and dates. This seems like the right time, the right fit, the thing that was supposed to be.”

Not only is it the right time, it may be the last time she’ll be playing her coloratura card. “I’m 45 now,” she said, and “I won’t be doing this again.” 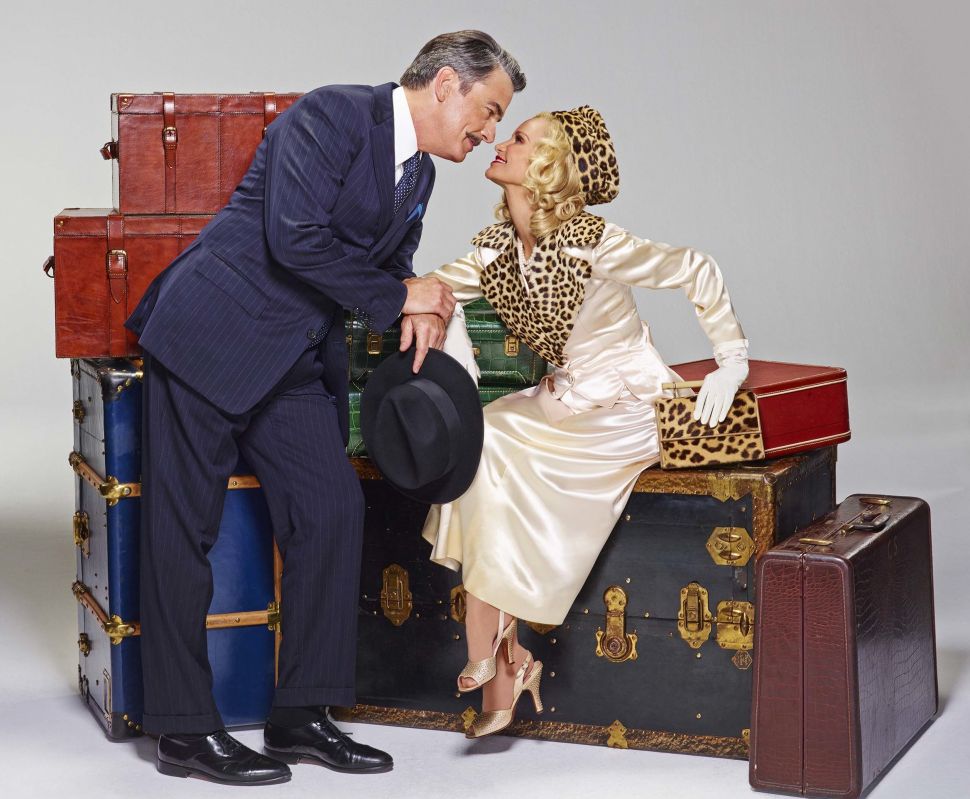