For many accomplished pianists, music is a talent. But for Jiaxin Tian, the 27-year-old Steinway Artist and concert pianist from Beijing, music is in her genes. Born to a composer father and an opera-singer mother, Ms. Tian developed a passion for piano at the age of 3 and eventually found herself attending Manhattan School of Music. Since then, she has performed at world-renowned concert venues including Lincoln Center and the National Center of Performing Arts in Beijing. To celebrate the inauguration of a new lunar year, Ms. Tian will headline the Chinese New Year’s Eve Spectacular Concert at Carnegie Hall on Wednesday, February 18. We sat down with the pianist to talk about music, history and stage fright.

I didn’t play in the hall in 2013. At that time, I already felt really special because it was already Carnegie. This is the big stage and everybody knows that Carnegie Hall is really meaningful. When I [first] got here in 2010 and saw other performers playing in there, I thought, “They’re so amazing. If I can play there one day, I would be so proud.”

With a bigger performance, how are you preparing differently?

I still try to practice at least six to eight hours [a day] because when you just run though [the program], it’s already two hours. Then you need to do it section by section and listen to different sounds. When you have the bigger stage, you definitely [have to] concentrate on the sound more. I need to think about the audience so [that] everybody hears exactly the same. But it’s hard because there are more echo sounds. So when you touch the piano, you have to do [it] in a different way. Everything will be totally different. Especially since this time, my program is really huge so I have to show a lot of different characters and stories.

“Chinese Dream,” a contemporary piece by Zhao Zhang, is on your repertoire. What are the characters and story behind this piece?

For me, [the song] is from the Qing Dynasty and the composer had Mr. Xi Jinping as the topic. But another thing he wants to talk about is history. I always think that as a Chinese girl, I have this responsibility to bring our Chinese sounds or voices to the whole international world. We have a lot of good composers that combine the Chinese culture together to create a new sound. So no matter where I perform, I want to choose a good repertoire with at least some Chinese piece.

Do you ever get nervous playing for such a big audience?

It’s really funny, I feel more excited or more relaxed. Before they open the door, I always change my breaths. When I start my playing, the nervousness or the excitement are all gone. I will tell myself, “This moment you play for yourself.” You cannot control what will happen on stage. So many people lose their concentration. So for me now, I feel that the hard thing is not about how you can play great but how you can keep your concentration.

After the concert, how will you be celebrating Chinese New Years?

I will be in New York because my concert is for the eve. And my parents are here, too, to celebrate with me. 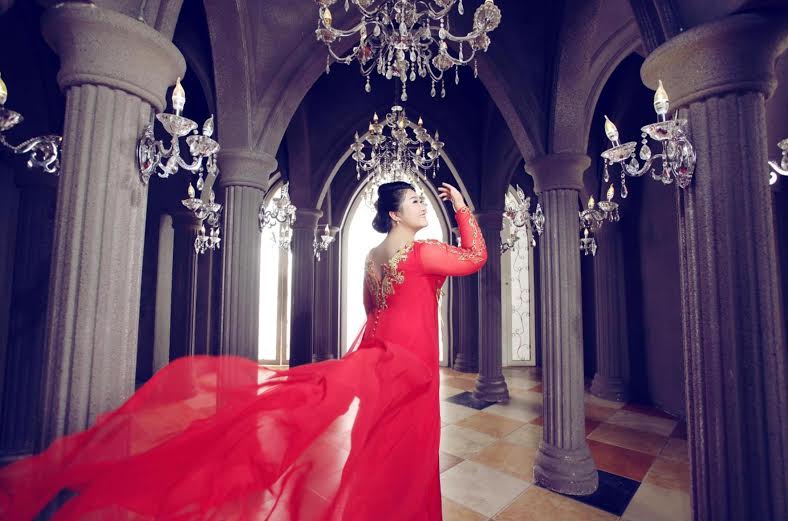