There, in a nutshell, is the economic equation made by many who go into adult entertainment, as perkily presented by Becky, one of the characters in Pretty Filthy. This new musical by the theatre company, The Civilians, presented at Abron Arts Center through March 1st. Known for their interview-based theatre pieces that usually employ hefty doses of sociology, cynicism and singing, for this production The Civilians went over the hill and into the valley, the San Fernando Valley, that is, to interview the performers, agents, producers, camerapeople, sound techs and fluffers who feed our endlessly ravenous desire for smut.

Directed by Artistic Director Steve Cosson with music and lyrics by Michael Friedman and a book by Bess Wohl, Pretty Filthy is played in front of a proscenium set comprised of seven doors and lit in stripshow hues of purple and red. The eight actors who play all the characters are a game bunch, they seemed both relaxed and intensely committed as they sing, dance, disrobe to their skivvies, or simulate sex, winking at the same time. They vividly convey both the quirky narcissism and breezy nonchalance of their subjects, as they rationalize and revel in their chosen profession.

Although more of a collage than a narrative, the central framing device follows Becky (Alyse Alan Louis) as she meets a casting agent, negotiates her do’s and don’ts with a nonplussed seasoned pro, encourages her sweet-faced boyfriend to get into the act and then goes out on her own after their break-up.

For all its smarts and sass, the zippy songs and satiric humor of Pretty Filthy somehow narrowly miss hitting something that feels core about the experience of making a living having sex in front of cameras. What The Civilians nail in this production is the relentless American-style optimism required of a public/private job that exposes us not as naked or perverse, but willing to show our faces. 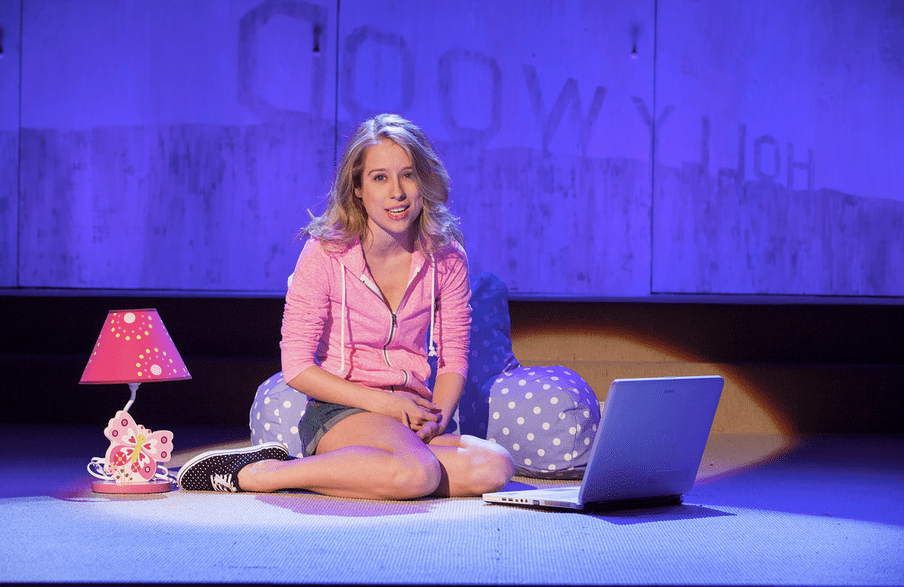