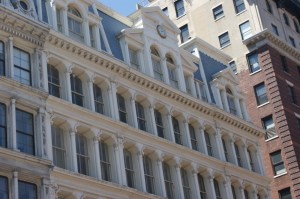 The Robbins and Appelton building, at 1 Bond Street.

Why would one want to live and work in a 4,600 square-foot Noho condominium when one could just plain live, and expansively at that? This seems to be the question at the heart of a $6.5 million listing for a combo on the fifth floor of 1 Bond Street, held by Tamir Shemesh, of Corcoran. The sellers, James and Lisa Evanson, at least, had substantial need for the apartment’s current live/work configuration, as the twin proprietors of Evanson Studios—a maker of furniture and art, and architectural designs for without and within, commercial or residential.

The Evansons have had the place for more than a decade, though, and in the interim, the proportion of new arrivals to the neighborhood who require more than a laptop-sized space for their work-from-home needs has shrunk considerably. Indeed, the buyers, Graham Walsh and Candace Maher-Walsh, who just nabbed the condo for the low, low price of $6.251 million, according to city records, are unlikely to require anything in the way of a tool bench. Ms. Maher-Walsh, a restaurant consultant by trade, once owned a London pet boutique known as Pugs and Kisses, doing “a roaring trade in luxury pet accessories and spa treatments.” (So perhaps she could use a little sawdust, after all?) 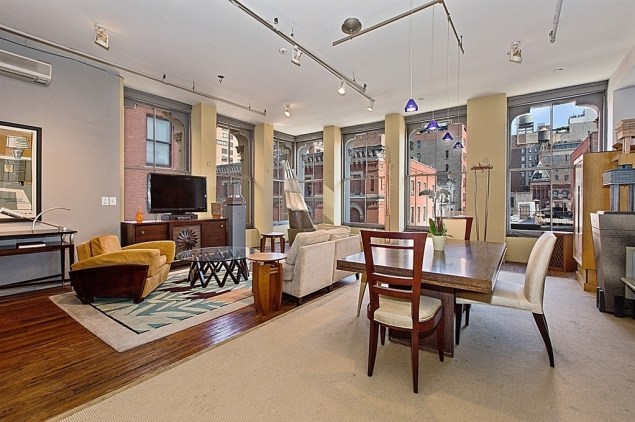 No band saws in sight.

“Recently people started coming in asking for Swarovski crystal collars,” she told the Independent some years back. “When they find out they cost about £250 for a collar and lead, they look surprised.” Imagine that!

Anyway, Ms. Maher-Walsh is unlikely to encounter neighbors in her new neighborhood that turn white at the sight of exorbitantly-priced pet wear, and her new place is apt to require a substantial investment of its own in the form of renovation costs. But there’s a lot of potential here: 11-foot ceilings, 23 enormous windows, an “architecturally significant” cast iron building dating to 1900 and a fetching living room done in modern style. There’s even a private freight elevator. Perfect for dog walks! 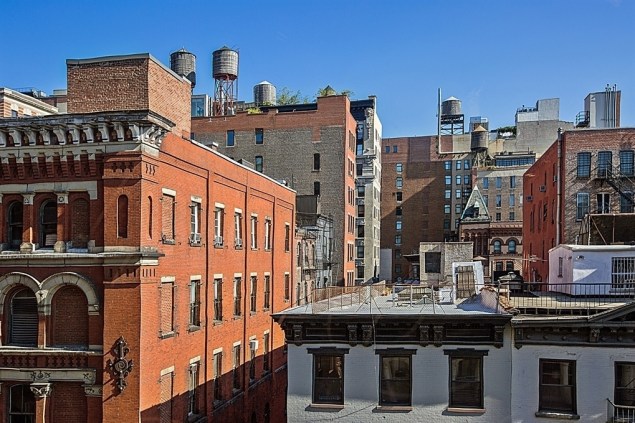 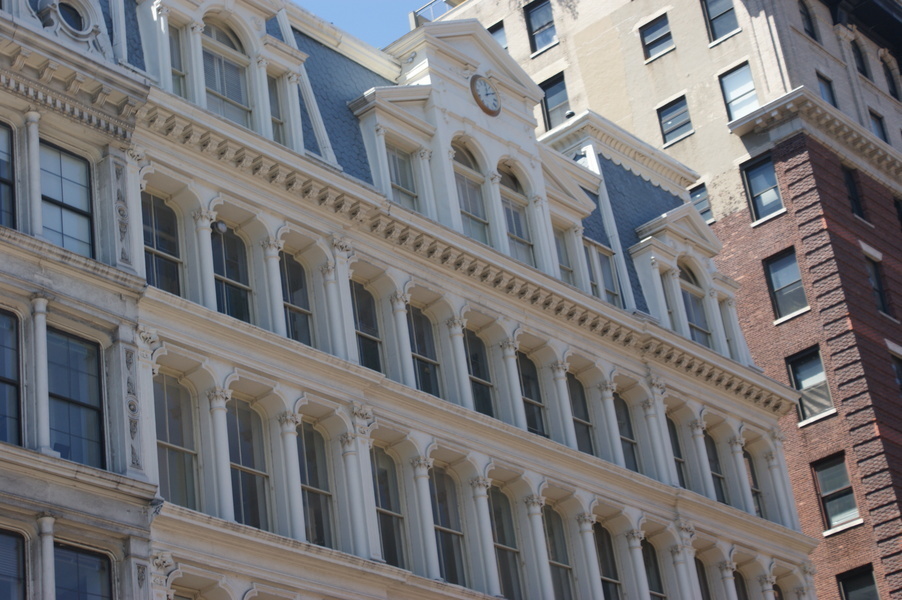