The Federal Aviation Administration (FAA) has been stuck with two cold truths. The first is that they have to make common-sense regulations that both protect Americans and allow both businesses and ordinary people to fly little quadcopter drones. The second is that they have absolutely no idea how.

The FAA gave us their outline yesterday for what they think drone regulation might look like. Possible prerequisites for being a drone pilot include a biennial aeronautical knowledge test, and being 17 or older. Some other proposals are:

Each of these rules, on the own, doesn’t seem too prohibitive. But taken together, they start to rule out most of the commercial applications that futurists say could revolutionize industries like agriculture and urban development.

For example, if a drone has to be within line of sight, this rules out Amazon’s plans for a network of drones that fly for miles to deliver packages, or an agriculture drone that monitor acres of farmland. And if a drone can’t fly higher than 500 feet, that does away with real estate drones that help contractors survey the hard-to-access exteriors of skyscrapers.

“The FAA needs to begin and expeditiously complete the formal process to address the needs of our business, and ultimately our customers,” Amazon VP Paul Misener told the Guardian.

Mr. Misener brought out the tired big-business threat that they’ll simply take their business to other, more amenable countries if the FAA can’t simply get it together and make regulation that lets Amazon build the network they want. It’s a reminder that the struggle for sensible drone laws is a classic, sad dichotomy of a slow-moving regulatory body that can’t get anything done in time and a megalithic corporation that wants to innovate without any interference from the government.

The FAA, which is already behind schedule in its rule-making, will spend the next two years making revisions, hearing comments and deliberating while tens of thousands of enthusiasts and companies continue using drones without clear guidelines.

Here’s the summary of the FAA’s early proposals: 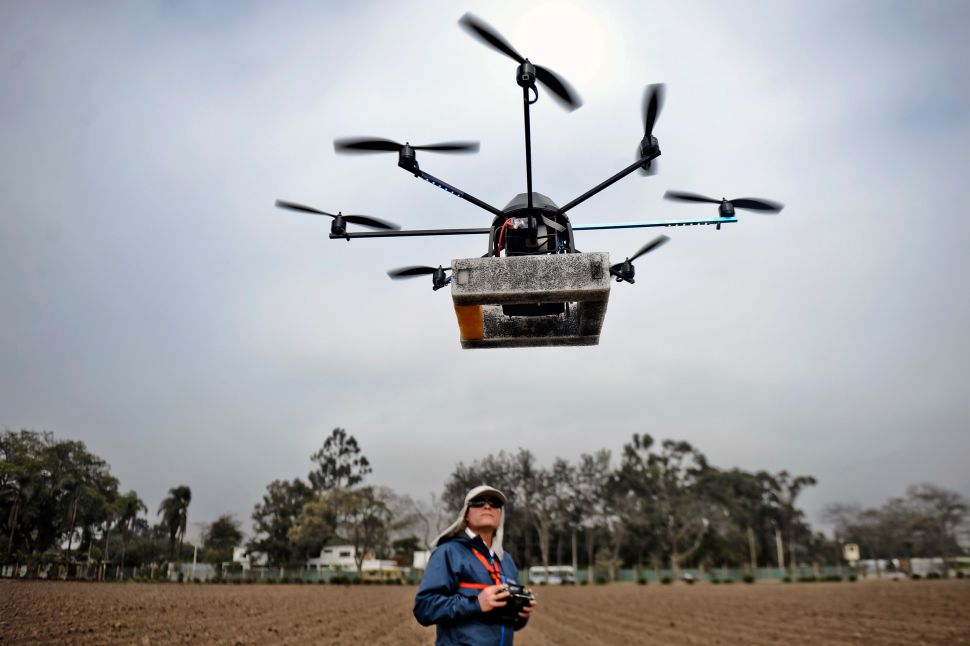