The New York City Council Committee on Public Housing met this morning to discuss the sale by the New York City Housing Authority to private developers of a 50 percent ownership stake in six project-based Section 8 sites, comprising 10 buildings and  874 units located in the Bronx, Manhattan and Brooklyn. The sale, which places the properties in the hands of the newly-formed Triborough Preservation Partners, a public-private partnership between NYCHA and private developers L+M Development Partners Inc. and BFC Partners, was carried out as a means of opening a variety of funding streams to address the Section 8 facilities’ decrepit condition—they are estimated to require some $113 million in maintenance and repair over the next 15 years—in the absence of federal dollars, which mostly dried up in the 1990s.

The deal, which was first announced in December—valued at $350 million over 15 years, plus an additional $100 million in additional renovation investments—when it had not yet closed, is now final. Without the establishment of a public-private partnership, the new funding sources, which will supply financing for construction, operations and maintenance of reserves, would not have been available to NYCHA, which as a public entity is ineligible for the loans, tax credits and other financial instruments responsible for the fresh funds.

In many cases, the need for rehabilitation is quite dire: at one building, a roof collapsed some years back, leaving vacant some apartments on the top floor; facades require structural shoring up and security systems, renters say, are badly in need of updating. But concerns about the particulars of the new ownership arrangement linger among residents and council members.

Public Housing Committee chairman Ritchie Torres, who grew up in NYCHA housing in the Bronx, where he represents the 15th District, said that many Housing Authority residents count privatization among their greatest fears, believing that it signals instability and the increased likelihood of their displacement by market forces. As the Wall Street Journal noted at the time of the sale’s announcement, the developers’ deal with NYCHA, which allows them to sell tax-exempt bonds and federal tax credits, lasts 30 years, at the end of which the buildings will be technically eligible for conversion to market rate housing.

But Shola Olatoye, the chair and CEO of NYCHA, who testified at length at this morning’s hearing, was quick to emphasize her belief in the unlikelihood of that possibility. Though NYCHA has gone from being the sole owner of the six Section 8 facilities to being a 50 percent shareholder, Ms. Olatoye said, her organization will retain approval and oversight rights with respect to all major decisions, and she expected that the agreement will be renewed largely intact after its first expiration.

In the meantime, residents’ share of the rent will remain stable at 30 percent of their income, as dictated by the Section 8 program. Residents temporarily displaced by construction associated with renovations will suffer no related costs, Ms. Olatoye said; beyond the parameters of Section 8, the units are further protected by rent stabilization guidelines. (The apartments, whose renovations are due to take place over the next 18 to 22 months, will count toward Mayor Bill de Blasio’s much-discussed goal to build or preserve 200,000 units of affordable housing over 10 years; Section 8 residents have a median household income of about $19,000, somewhat lower than the NYCHA average.)

Nonetheless, Public Advocate Leticia James, among others, wondered why NYCHA had not pushed harder to require union construction workers and maintenance employees at the buildings. Ms. Olatoye suggested that although she was very pleased with the deal, NYCHA encountered occasional conflicts between the project’s four major goals: housing preservation; revenue generation; employment paths to NYCHA residents, who are guaranteed 20 percent of the construction jobs; and finding private developers with a proven record that they could complete the required work quickly.

Councilwoman Rosie Mendez, who represents Manhattan’s District 2, expressed concern about the responsiveness of the private company hired as a part of the deal to manage the facilities. Councilman Donovan Richards, who represents the 31st District, suggested that the developers ought to pay for workers’ benefits, and that the agreed-upon $15 an hour minimum wage seemed unlikely to spur the sort of social mobility that the city’s public-private partnerships ought to seek to foster.

Alas, Mr. Torres said, the “good old days” when Uncle Sam would simply hand over to NYCHA the money required to maintain decent and modern housing for the city’s more vulnerable residents were over. He indicated a poster board displaying a complex web of lenders, asset managers and compliance agents to suggest the new order, an arrangement which, he felt optimistic, would rescue the ailing Section 8 sites from a fate of “demolition by neglect.” 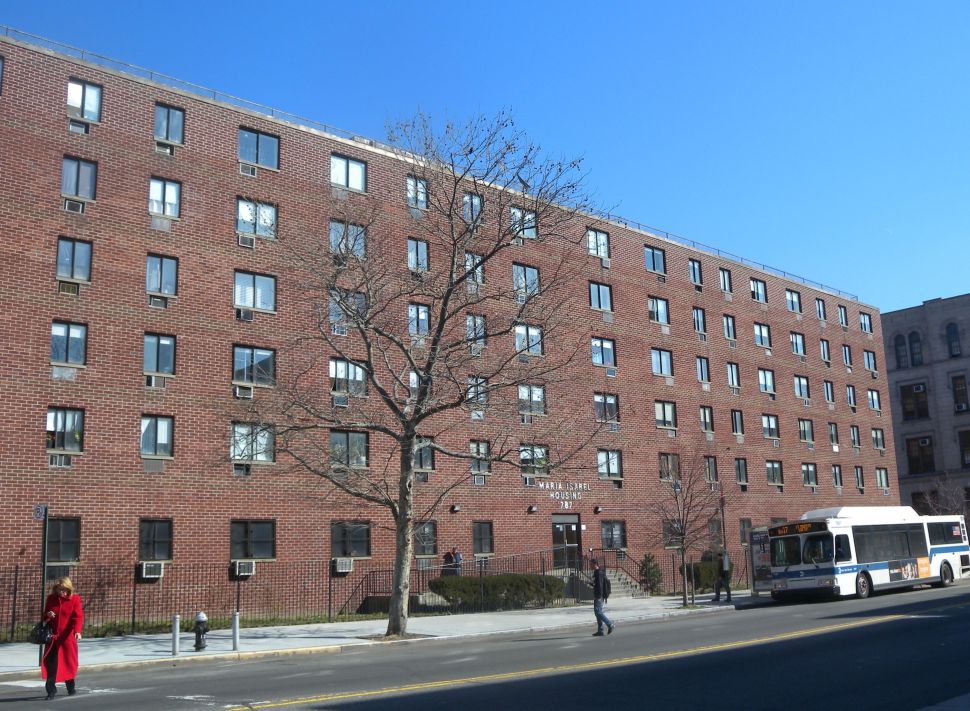