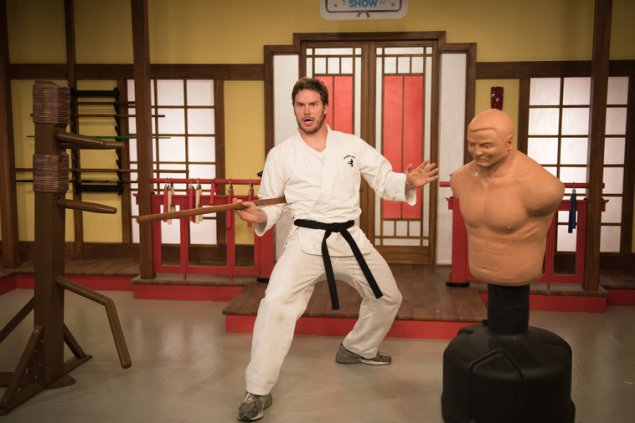 At this point, ranking anything from Parks and Recreation’s tragically abbreviated finally season is a lot like opening up a treasure chest and ranking what’s inside. When it comes right down to it, it’s all gold, baby. But last night, during an incredible full half hour of the Johnny Karate Super Awesome Musical Explosion Show, Parks and Rec out-SNL’d SNL with a slew of fake commercials. Now, this all doesn’t even cover the pure joy of Mailman Gary, the Goliath bird-eating tarantula, Donna and Duke Silver’s incredible jazzed-out rendition of ‘Kung Fu Fighting,’ or John Cena being handcuffed to a dunk tank. Seriously, read the entire transcript of the ‘Loose Animal in the Studio’ disclaimer so valiantly transcribed by someone on Reddit.

But man do I love more than most things a good fake commercial. Here, I present them ranked from least best to best best.

Chief Ken Hotate is the second greatest Native American representative in TV history, right behind Twin Peaks‘ Tommy “Hawk” Hill. But throw in Coinsie the Wolf, and you got yourself one hell of a deal.


This commercial is reassuring based solely on the fact that Chipotle appears to still be around in 2017, and hasn’t folded after someone inevitably finds out they genetically alter their beef with chemicals from outer space, or something. And if this country is only going to have eight companies in two years, I’m glad to know I’ll still have the same phone service with a side of that delicious, delicious guac.

Ron Swanson accurately describes my exact feelings when I’m told I need to promote the things I write. I mean you can read this. Or not.

You know, I actually didn’t think the Paunch Burger commercial was the funniest of the four, but you know why it was the best? Because I was watching this show, giving it my full attention, knowing it was doing a fake commercial bit, and I still for a few moments thought this was a real commercial. How gross are we as, like, a species? Myself included. I would order the Dinner for Breakfast Burger Combo, because healthy food tastes like garbage, and if you say you like it you’re a chump and a liar.

Next up: ranking my every emotion over the fact that Bill Murray showed up to mostly lay in a coffin. 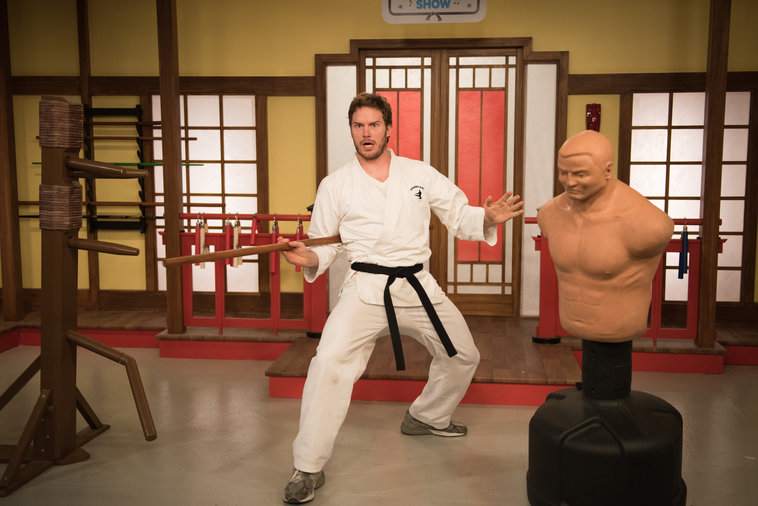