Before presidential campaigns were punctuated by private jets and ostentatious fundraisers, candidates relied on the humble button to garner support. This Sunday, a rare Abraham Lincoln campaign button is set to hit the block at Boston’s Skinner Auction House. Estimated between $4,000 and $6,000, the ambrotype portrait of the 16th President is an unusually large one, encased in a gilt oval frame that fits snugly in the palm of one’s hand.

The portrait, described by Stephen Fletcher, executive vice president of American Furniture & Decorative Arts at Skinner, as “the image that put him in the White House,” was taken just hours before he delivered his famous address at New York’s Cooper Union in 1860. The image probably appeared not only on pins but in engraved and lithographed portraits, woodcuts for weekly newspapers, and even caricatures, according to Lincoln author and scholar Harold Holzer. In other words, “the pin was the 1860 equivalent of a Facebook posting,” he told the Observer in an email.

Yet when the image itself was taken by Matthew Brady in 1860–perhaps the best known photographer of the Civil War era–Lincoln’s “handsome portrait,” like many a public figure today, required some gentle retouching. In fact, according to Mr. Fletcher, the original negative displayed “one eye looking in a different direction from the other.” Not to mention, several wrinkles that required removal. By the finished product, he looked quite the statesmen.

Mr. Holzer suggests that, once distributed, the pin–or one such like it–may have been ordered in bulk by political clubs to be handed out to supporters and members, perhaps even to raise more money for further campaign ephemera. “Remember,” Mr. Holzer said, “Lincoln was kind of an unknown quantity in the East when he received the nomination for president in May 1860. Since he did no campaigning of his own, true to traditions of the day, local groups had to do the campaigning for him—and they introduced him through new editions of his speeches along with widespread distribution of images like this one.”

Only about a dozen of this particular pin are known to exist; how has this one remained in such fine condition? Mr. Fletcher suspects it has something to do with the James Clark Todd family, who are behind the provenance of the pin. Todd–a portrait of whom is also in the sale–was the father of Dr. Lyman Beecher Todd, apparently a favorite cousin of Mary Todd Lincoln. Not only that, but, according to the family and some histories, Dr. Todd was present at Petersen House, site of Lincoln’s deathbed, spurring, said Mr. Fletcher, “a specific reason the family kept it.”

With all this in mind, not to mention a fairly steady market for historical memorabilia of this kind, Mr Fletcher is pretty sure the item will end up fetching a higher price than its current estimate. He’s not jumping the gun either–in 2005 a remarkably similar jumbo pin sold at Christie’s for a hammer price of $10,800. And while it is in no way an unknown piece, the button’s unique size remains both big enough to look important and small enough to pin to a lapel. Holding it, Mr. Fletcher said, “you can’t help but feel some sort of connection.” 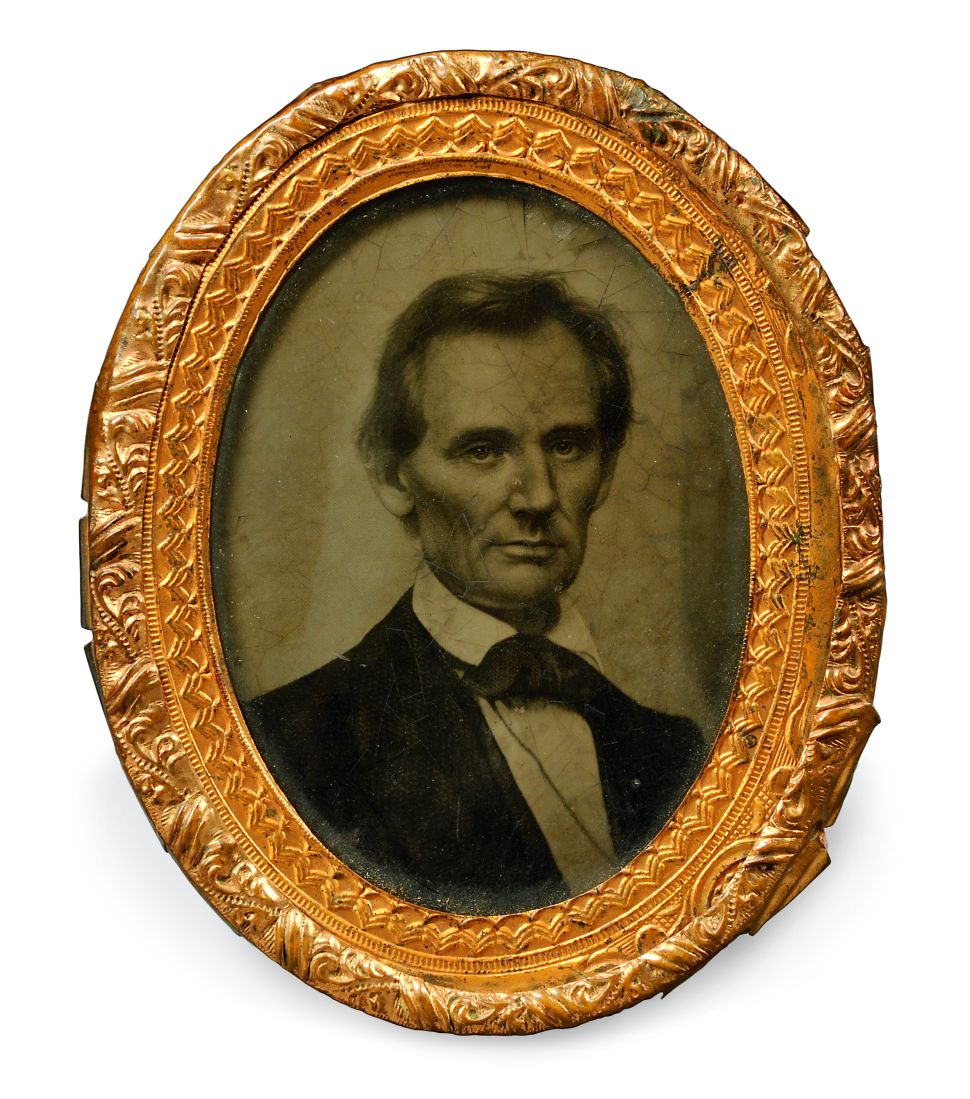