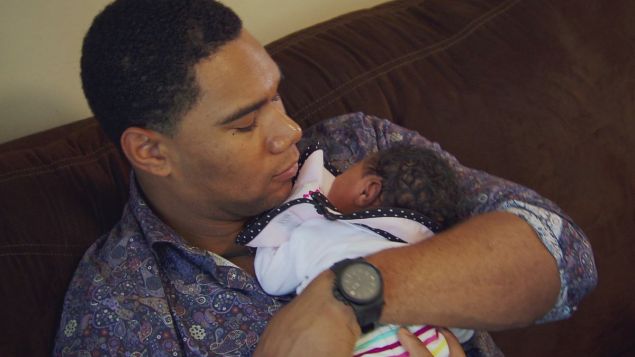 Tears, so many wonderful tears. Tears of joy and sadness and of making amends—all dripping down our faces. Don’t even try to tell me you didn’t feel the sting in your eyeballs and the moisture on your cheeks. You got got this week. I did. We all did. Because like a college radio DJ at ReggaeFest ‘03, Real World has been trying to cue up their own version of Redemption Song all season long. Sure, secretly the producers want to see drunks hitting walls and on Bar Randoms—we all do. But the pitch behind Real World Skeletons had to be something like “we’ll give these kids a chance to confront their demons, no not demons those are scary, how about skeletons, in order to overcome them. We are humanists, maybe the last of the humanists.” And then they slam on the table shaped like the old “M” from the MTV logo that is in every conference room of the MTV floor of the Viacom offices and finish up with the rest of the “puppeteer” speech from The Devil’s Advocate. And you know what, I’ll be dammed like the reservoir in Hard Rain if they aren’t correct.

Madison, V, and Sylvia are searching for their mugshots online. I hope this is a thing a lot of people start to do. There should be a social media platform like Myspace but just for people’s mug shots. You could list your Top 8 favorite ones, or pick a Winamp playlist to enhance the experience. My mug shot playlist would be: Johnny Cash- Fulsom Prison Blues, Slick Rick- Children’s Story, and Akon f. Styles P- Locked Up. I would have so many friends off the strength of this, even more friends than Jeremy Jackson, the kid that played Hobie on Baywatch, who had like so many Myspace friends. Sylvia is annoyed because none of her mug shots are available online. I don’t know how many mugshots Sylvia has but I would like to find out. That is why we need MugSpace, which is what I’ve decided to call it. Madison finds her mug shot, the one that was the surprise twist all the way back in episode 1. It is an amazing mug shot and would probably make my Top 8 but we’ll have to see because all of Randy Quaid’s are really good, too. Madison gets choked up at her mug shot—it reminds her of a time in her life that was difficult and she’s really not completely over it yet. Madison still hasn’t had her skeleton show up yet and everyone is worried that it is going to be her ex-boyfriend, who she got hooked on drugs with.

Here is where I’ll admit that The Producers can’t win. Because part of me wants to see what would happen if Madison’s ex-boyfriend actually showed up. It would be a disaster worth watching, on par with when the dam in Hard Rain finally bursts and destroys the town. But also, it would be terribly irresponsible. I like Madison and I think she’s super strong for overcoming what she has gone through. And I don’t actually want to see this guy show up. But I do. BUT I DON’T. Everyone is relieved when Madison’s younger step-sister arrives. It should have been obvious that it was her because so far they’ve brought in the people they’ve used in the background interviews about each roommate and Mad’s sister is the one who called her a terrible person.

Madison is thrilled that she gets to spend time with Rachel again. They were close once but then Madison got on drugs and Rachel left to get away from her. Madison finds all of this out and the enormity of the effect her actions have made on the people she loves finally hits her. Rachel has made choices in her life to avoid becoming Madison. She doesn’t drink or party. It’s clear her sister’s past has had a major impact on her. Rachel’s reactions to the house are classic. This is what happens when you bring in a normal person to face the Real World madness. Rachel is aghast at the fact that Tony had been bringing other girls home or that Sylvia put her in choke hold—things that Madison speaks about very matter-of-factly. Madison also takes her sister out to the club, presumably to show her a good time. But instead what happens is that she basically shows her shell-shocked sister, “Hey I promise I don’t do drugs anymore but I drink way more than I used to.” Rachel’s concern is real and she doesn’t want to be there. Madison even puts a guilt trip on her like, “I’d still be in there dancing and having fun but I’m not because of you.” The misunderstanding doesn’t escalate but it’s a good glimpse into what a person who doesn’t enable Madison’s bad behavior looks like. Rachel is the younger sister but she tells Madison that she needs to find friends that act like adults. In the end, Rachel and Madison finally come clean about all of their feelings. Rachel admits that Madison was her idol and how much it hurt to lose her. Madison regrets not being there for her sister and realizing that she needs to spend time getting to know her again. A teary heartfelt reunion, punctuated by Tony’s “very serious face,” which is a face Tony makes when he is taking something very seriously. It looks like he is trying to do a very hard math problem that keeps insulting him for not being able to solve it—a combination of confusion and anger.

While Madison is dealing with her past, Jason is coming to terms with his future. Jason revealed earlier in the season that he is going to have a baby. He’s not dating the woman that he got pregnant but he is determined to be there for his daughter, especially since his father was never there for him. To blow off some steam, Jason and Tony go out together. Jason is determined to pick up a girl that night. He hits on Bar Randoms 1-3, seriously that is how they are labeled, and if this production team doesn’t win an Emmy for Excellence in Screen Graphics, it is a travesty. Jason is frustrated. And drunk. Very, very drunk. When he gets back to the house, he starts to throw a fit, kicking the grill and talking to himself about being the best dad he can be. But because it’s Jason, it’s kind of sincere and not terrible like when some of the other darker souled roommates melt down.

Jason decides to drunk dial the mother of his child at 4 AM. He’s leaving her a message when a guy picks up. Now, my first instinct is that Yolanda has another boyfriend and that this is going to be a “why are you calling my girl drunk at 4 AM” drama-filled good old-fashioned fight. But, it is actually Yolanda’s brother and he tells Jason that the baby has just been born. THE BABY HAS JUST BEEN BORN. He happened to drunk dial his pregnant girlfriend on the night the baby was being born. They never mentioned that Yolanda was due anytime soon. But also, nobody shows any concern that she had the baby early, so I don’t think that is what happened. Jason also has to explain to the Yolanda’s brother who he is because they don’t seem to know each other. I have SO many questions about this. And I will make a bunch of assumptions. I assume, even though they never mention it, that the reason Jason was so stressed out about the baby in this episode is because her due date was approaching. It had to be in the near-future. Now, why didn’t Jason go home if he knew his girl was going to have the baby? Maybe she didn’t want him there? Maybe the show wouldn’t let him? Maybe the baby was a week or two early, throwing off the date but not actually something to be concerned about health-wise? Jason does go home, taking Tony and Bruno with him, to meet the baby, so The Producers let him do that. Wouldn’t they want to catch Jason being there if they could? I don’t know. But I believe that this is the first baby to be born to a cast member during the season. WE HAVE A REAL WORLD BABY! This is all I’ve ever wanted. This is better than Rachel and Sean’s army of kids. This is better than Brad and Tori’s kid. Did Frank and Jillian ever procreate? Doesn’t matter. This baby was born on the show. Jason cradles his newborn in front of the cameras. She is adorable. And he’s going to do whatever he can to be there for her. Like I said…a tearjerker.

All of this good-old-fashioned emotion was against the backdrop of a prank war run by Bruno. It is good to see Bruno not angry. He is pretty entertaining when he is not being awful to people. And Real World prank wars are always a welcome staple to the season. The girls bang pots and pans. The guys throw Jell-O at them. Bruno breaks a light fixture, the first thing he’s destroyed by accident all season. And Madison and Sylvia choreograph a dance routine while everyone else is away. Overall, episode had a whole lot of heart. At the end of the show, Madison gets flowers from a stranger asking her to meet them somewhere the next day. The whole thing with Madison’s sister has brought her and Tony closer together so he’s not happy about the flowers. Does Madison have a second skeleton coming? Could it be the ex-boyfriend? I mean, I would want to see that. But I don’t. But I do. BUT I DON’T. 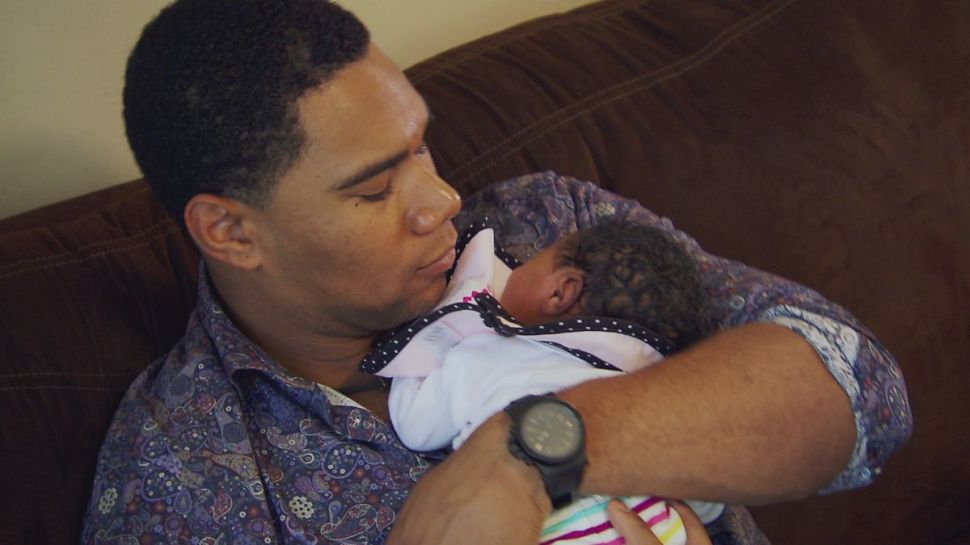