I know I’ve been watching this show for too long when a glorified extra found a flower growing out of the last of the winter frost and freaked the hell out at the season’s first bloom, I muttered to myself, “I guess that means there’ll be a damn party,” No sooner did those words leave my lips than Kenna announced that the discovery of the first bloom means that there will be a lavish party at Court. Earlier in the season, the monarchy threw parties in order to show unity and strength in the realm in the face of unrest among the nobles, Protestant rebellion, and famine brought on a by plague. After the midseason break, the only excuse this show needs to throw a ball is to celebrate finding a flower. I mean, I guess when teenagers ascend to the throne, you don’t really need an excuse for a party, but it’s nice that this show still makes the effort.

However, in ‘Sins of the Past,’ not everyone is in the mood for celebrating. The rift between Mary and Francis is palpable despite Mary’s attempts to mend the relationship and invite Francis back to bed. Although she’s committed to ruling France with her husband, she gives him the option of going off and finding another partner since she is still traumatized from her attack and can’t bring herself to sleep next to him.  That plan sounds like it will work out well. Can’t wait for all of the unnecessary jealousy and unearned drama ahead of them.

Speaking of Francis, Catherine hallucinates her son bleeding out of of his freaking eyes. Like, they really lingered on the eye bleed, shooting for Hannibal-levels of body horror. On one hand, as history shows, Catherine was right to fear an early death for her son. However, in the present moment, her freak out is blamed on syphilis, which she deems as a final parting gift from Henry. It would certainly explain how Henry went from lucid ruler to stark raving mad maniac who bangs mistresses out of windows. Claude is absolutely incandescent with glee over the fact that her mother is infected with The Syph and takes sheer delight in the painful treatments her condition will require. It’s never been more clear that Claude is truly Catherine’s daughter. Apple. Tree. Etc.

That would be all well and good, but Narcisse shows up when Catherine is enduring some sort of bizarre bath treatment and the two surmise that Catherine was actually infected by a poison soaked in the pages of Henry’s Bible. Of course Narcisse shows up while someone is in a bath. That dude is like a moth to a flame when it comes to women in baths. He even floated the idea of soaking in a hot spring to a clearly intrigued Lola, the creep. Anyway, the poison that’s what made Henry go mad and it’s ultimately what made Catherine hallucinate her husband and dead children. Which, thank God there was a legit explanation because anything is more reasonable than ghosts. However, the cutaway from Narcisse and Catherine theorizing about the poison to the two of them actually testing their hypothesis is easily the most unintentionally hilarious moment in the entire run of the show. The two of them are swirling around blue liquids in what looks like test tubes, for Christ’s sake. The scene stops just short of the two of them strapping on rubber gloves and running a CSI style black light over the pages of The Bible. God bless the two of them for being able to sell that ridiculous scene, but given the fact that Megan Follows and Craig Parker are the two strongest actors on the show, they are continually punished for their talent by being made to pull off the scenes no one else on the show can touch.

In other news, Narcisse is back to perving on both Lola and Claude is aggressively perving on Narcisse. Naturally, he’s playing both sides, but balks at Claude’s proposal that they fool around but not do anything that could get her knocked up and loses interest in her completely. So, he’s back to aggressively trying to get Lola back in the bath, and she’s clearly turned on but putting on a big show of being bothered and repulsed by the sexy creep who tried to have everyone she ever loved killed on multiple occasions.

This is an episode with more set-up than payoff. King Antoine and his ferret face show up to flirtily fish information out of Kenna which will hopefully prove that Bash killed his older brother in the Italian wars. Of course, Kenna manages to unwittingly confirm that her husband was in the Italian wars right as Bash reconciles with her over the last time Kenna endangered his life. If Antoine has his way, Bash is going to turn into a ghost as opposed to just chasing them all over the damn countryside.

Antoine also shows up and demands money to provide for the French Protestants exiled into his kingdom. However, after getting some information out of Narcisse, Mary and Francis discover Elizabeth has offered her financial support, thus aligning with a French neighbor and possibly positioning her army for a French invasion, making Mary worried that Elizabeth assumes that the Catholic monarchs will make a play for the English throne.  With all the talk of Elizabeth, it’s only a matter of time before we see her, right? It’s difficult to imagine what TV actress could play such a dynamic role previously inhabited by Dame Judi Dench and Cate Blanchett, let alone a TV actress of that caliber who is willing to appear on a poorly rated CW teen drama.

But back to Antoine and his charisma problem. When Narcisse showed up to ruin everyone’s lives, at least he had an undeniable sex appeal, enduring creepiness and a tendency to delightfully chew the scenery. Antoine doesn’t have Narcisse’s compelling presence. He’s not particularly sinister or sexy or memorable. He’s just there to mess everything up until he eventually sees the errors of his ways, falls on his sword or gets impaled by someone else’s sword, which will hopefully be sooner than later.

Also, Conde and Lola are going to make their Court-mandated go at a courtship. That definitely won’t go up in flames. 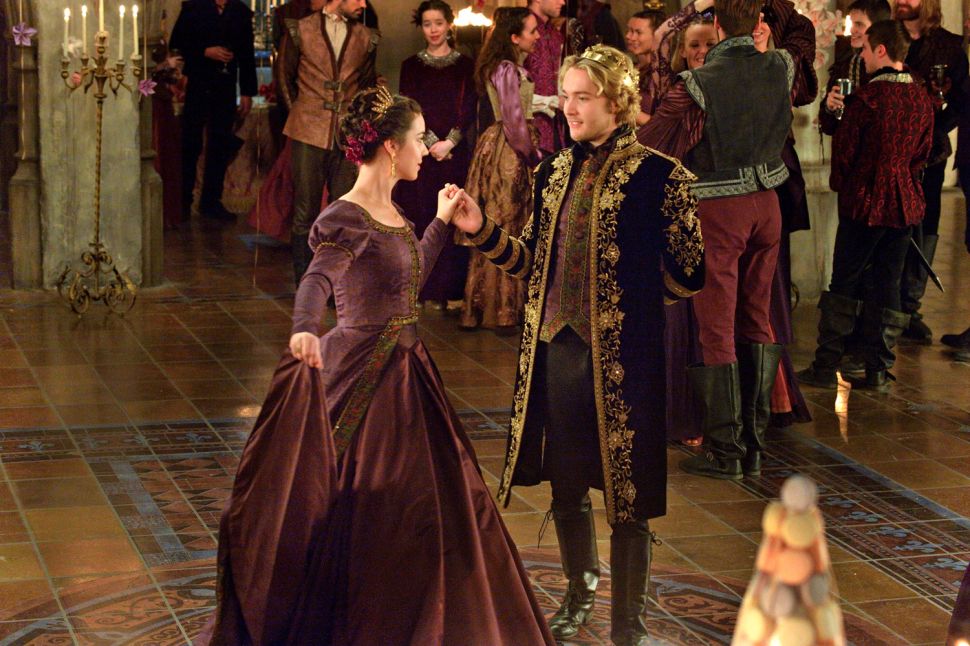