There’s a lot going on in “The End of Mourning.” It’s easily one of the season’s most ambitious episodes, attempting to pack multiple love triangles and threads of political intrigue into just forty odd minutes.

Fortunately, the episode has a lot going for it. Narcisse is slowly but surely setting himself up to overthrow Francis by aligning himself with King Antoine and framing Mary’s dastardly uncle The Duke of Guise for poisoning Henry’s Bible. So, Antoine gets away with poisoning Henry and Narcisse solidifies an alliance with Catherine in the process. This is great news for the rest of the season since Craig Parker absolutely lights up the screen when he’s being either conniving or sleazy. I’m seriously considering sending a fruit basket to whichever writer came up Narcisse’s fetish for women in baths. No one else can make the process of getting clean sound as filthy as Parker does. Or the act of getting it on in a greenhouse, for that matter, about which Narcisse overtly brags to Catherine in order to steal the Duke of Guise’s thunder in his campaign to marry Catherine.

It’s kind of a shame the Duke of Guise just as soon as he returned to the show. For starters, he’s a dick, but he wasn’t hard to look at. Oldest story in the word, right? Secondly, he was offering himself as a life partner to Catherine so that they could start an empire together. That isn’t particularly exciting in and of itself, but it did bring out a bizarre flirtatious and highly entertaining competitiveness in Narcisse. That, and the prospect of Catherine getting properly laid by something other than a hallucination. Between humping a ghost and having to stick her feet into birdcages for syphilis treatment and swirling a test tube around like she’s that one goth lab tech from CSI, Megan Follows has certainly earned a romp around the boudoir with a hot co-star. Still, it’s great to have Catherine back to her bad bitch self, even if she is being currently misled into believing a fake murder plot by Antoine and Narcisse. When she’s in her right mind, Catherine is usually a few steps ahead of everyone in the room, so it’s hard to wrap one’s head around her being fooled, assuming we aren’t being set up for the reveal that she’s already a step ahead Narcisse and Antoine. Still, I try not to presume too much. If there’s one thing I can say about this show, it’s that most of the time, I can never truly predict what’s going to happen next.

However, before the fake reveal that Mary’s uncle poisoned Henry, Francis and Bash untangle a web of clues leading them to Conde. Naturally, Mary’s appalled at the notion, and goes to bat for the man who is clearly in love with her, adding to more tension in her and Francis’s strained marriage. So, the couple has Conde call off his getaway with Lola, because Lola can’t catch a goddamn break. And yeah, I realized that I’m saying this while Greer is penniless, drunk and living in squalor at a house of ill repute.

As for Conde, being accused of poisoning Henry obviously sets him off and he flips and accuses Bash of killing his and Antoine’s brother. Bash admits as such and is like “yo, just following orders. The assassination wasn’t personal.” Antoine seems to accept this on the surface, but is secretly still plotting to bring down the reign of Francis and try sleep with Bash’s wife in the process.

All of this air-clearing forces Mary to confess her true feelings to Conde, but follows it up with the sad reality that they can never really consummate their attraction. Mary is, ostensibly the most powerful woman in France, but she still doesn’t have the same freedom to conduct affairs in the same way that her husband does. Of all the themes the show tackles, women and their lack of agency is the most prominent. Despite being the leader of a nation, Mary has the least freedom of anyone when it comes to fulfilling her own desires.  Greer got married in the dire hopes of improving her dismal station in life, only to end up marrying the wrong dude and ending up penniless and mistaken for a prostitute while drinking away her misery. Then there’s Lola who has yet another suitor taken away without her consent when he became politically inconvenient. I guess the show is setting up for her to get closer to Francis, but she’ll probably eventually have that union ripped away from her too. There’s also Catherine’s sad resignation to her idea that she’s too old to be intimate with another person.

However, given the season’s pacing and the fact that both Catherine and Narcisse have gotten their teeth back, the remaining episodes promise to end the second season on a particularly thrilling note. 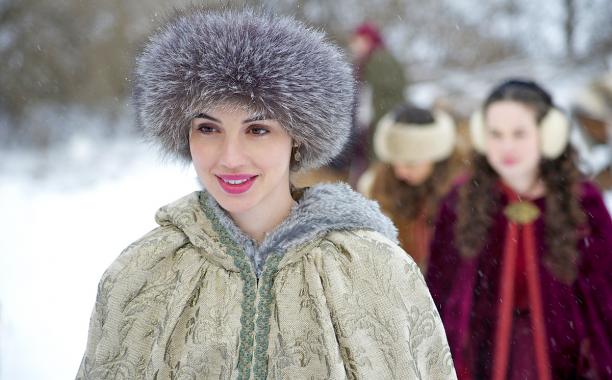