“He was on top of his game I thought,” said Assembly Minority Leader Jon Bramnick (R-21). “He’s one of these governor that will tell the public the truth and some people won’t like it, but the bottom line is you’re not going to fix it through minimal cuts or tax increases. You’ve got to fix the system.”

Christie’s half-hour address included a new $33.8 billion budget for fiscal year 2016, as well as plans to further overhaul the state’s pension and benefit system, currently suffering from billions of dollars in unfunded liabilities. Using the final findings a much-anticipated report from the commission Christie convened late last year to study and propose solutions for funding the state’s pension obligations, he laid laid out a plan to put $1.3 billion towards next year’s payment, partly by overhauling the current pension system.

Among the plan’s specifics are to freeze existing pension plans, aligning future public employee retirement benefits with private-sector levels, and transfer the assets, liabilities and risks of the existing pension and new retirement plans to employee entities willing and able to assume this obligation.

Christie called the plan a “Roadmap for Reform”, and brandished the support of the New Jersey Education Association, who says they’ve been in discussion with the governor on the plan but have stressed they’ve reached no final deal.

“The focus on the longterm plan to find a real, sustainable solution to the pension issue was very important,” said Senate Minority Leader Tom Kean (R-21). “His focus on both education and the sustainability of our efforts going forward on pensions.”

“It’s got the right parties working together to find common ground, and it shows that we as the legislature have a lot of work to do together to accomplish this,” he said.

One of the biggest complaints from Democrats following Christie’s address was its too-narrow focus on pensions, neglecting to address other financially-squeezed areas of the state, such as a depleted Transportation Trust Fund. Asked about the oversight, Kean — who along with Bramnick, Christie, and Democratic leaders in both houses have been working on a deal to replenish that fund — shrugged.

“That’s an ongoing issue, but it wasn’t going to be resolved in advance of the budget address,” he said. 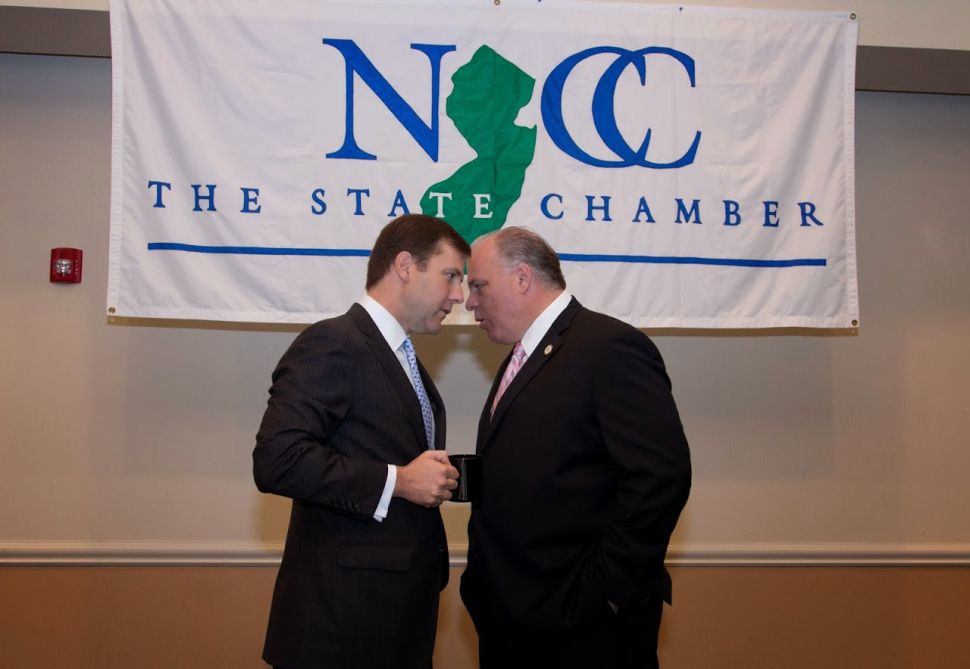