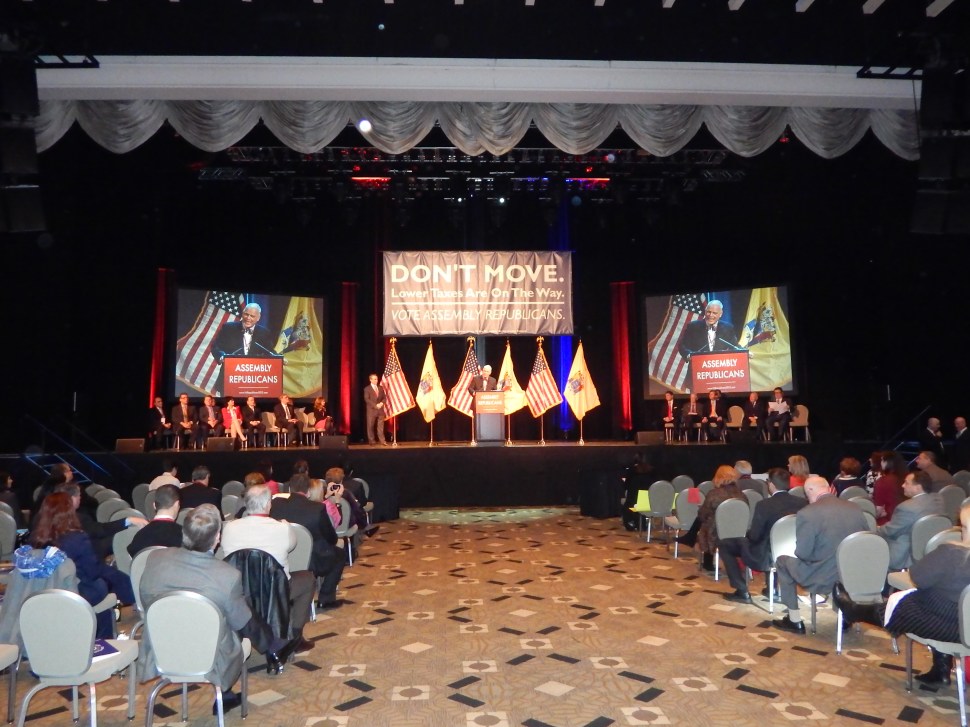 ATLANTIC CITY — For an event directed in large part at unifying an often-fractured NJGOP ahead of November’s elections, when Assembly members across the state will head up local and countywide ballots, there’s been relatively little talk here at Assembly Minority Leader Jon Bramnick’s (R-21) Republican gathering about the party’s biggest star, the enterprising Gov. Chris Christie.

Christie’s in England on a three day trade mission, allegedly scheduled before Bramnick had a chance to secure his attendance. And while Republicans here have been largely forgiving of the scheduling conflict, they also haven’t paid much attention to Christie’s absence, choosing to focus for the most part in their speeches on stage and in private conversations around the ballroom on their main mission: to wrack up seats in a legislature this year long-controlled by Democrats.

Assemblywoman Holly Schepisi (R-39), for example, told PolitickerNJ that while Christie’s presence “would be incredibly helpful,” she thinks “it gives us a chance to really spotlight some other people in the Republican Party.”

But there were those who paid tribute to the GOP leader, criticized of late for the lack of attention he’s paid to party building in his home state.

(A fledgling presidential candidate, Christie has spent much of the last several months building a nation-wide network of supporters and securing funding for a 2016 bid for the Republican nomination).

Morris County GOP chair John Sette was one, as he called out from the stage former Christie political strategist and likely 2016 presidential team member Michael DuHaime.

DuHaime has already been brought on to serve as a senior adviser for Christie’s new leadership PAC, called Leadership Matters for America, which launched last week and which Christie himself will co-chair.

“That’s a lesson we all need to learn from,” he said.

Christie is scheduled to speak on screen here in the ballroom later this evening. 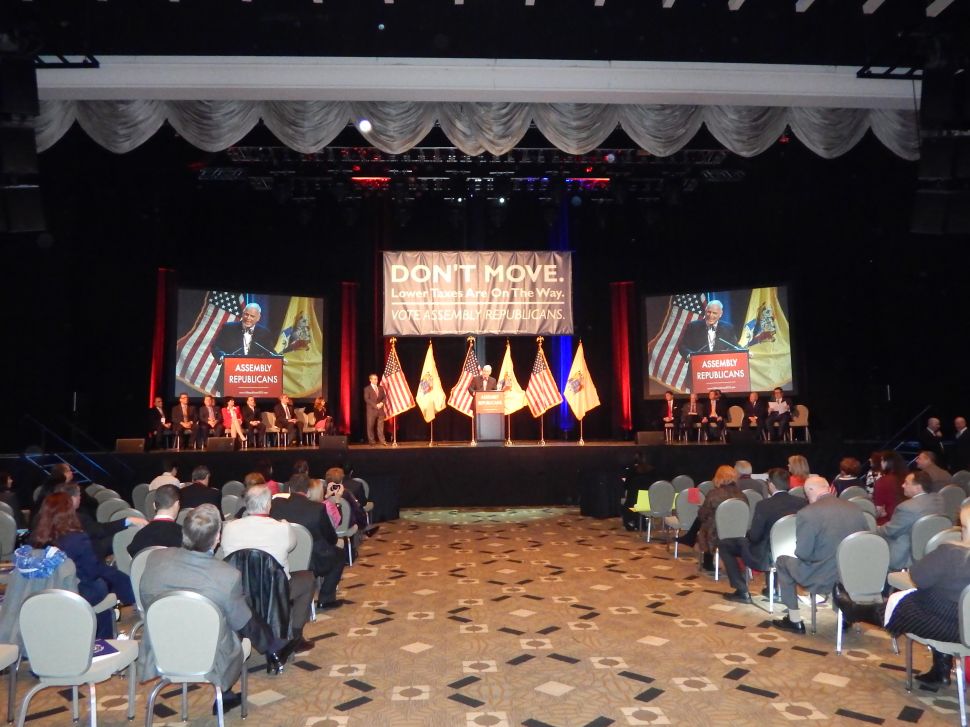