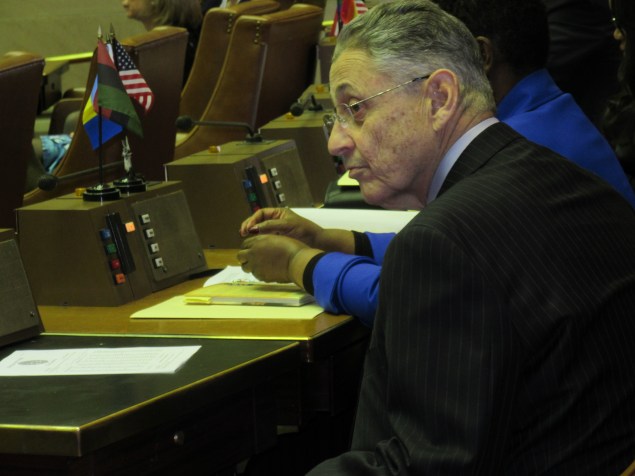 ALBANY–Former Assembly Speaker Sheldon Silver cast his vote with his 105 Democratic colleagues for new Speaker Carl Heastie today to take his old perch atop the lower house of the state legislature—then stole away without speaking to reporters.

Shortly after the vote that installed Mr. Heastie in the leadership role, Mr. Silver rose from his seat at the back of the chamber and walked out of the room, telling pursuing reporters he was stepping out to make a phone call. The Manhattan lawmaker then went into a private room, which journalists were told minutes later had a passage to the outside.

Mr. Silver officially stepped down as speaker Monday night, per an arrangement made late last month with the Democratic conference. The former speaker, who served as one of New York’s powerful “three men in a room” for 21 years, stands accused of receiving millions in kickbacks from private law firms in exchange for referring clients to them with business before the state.

The legislator, first elected to the Assembly in 1976, has said he will not resign from his seat as a rank-and-file member of the body. 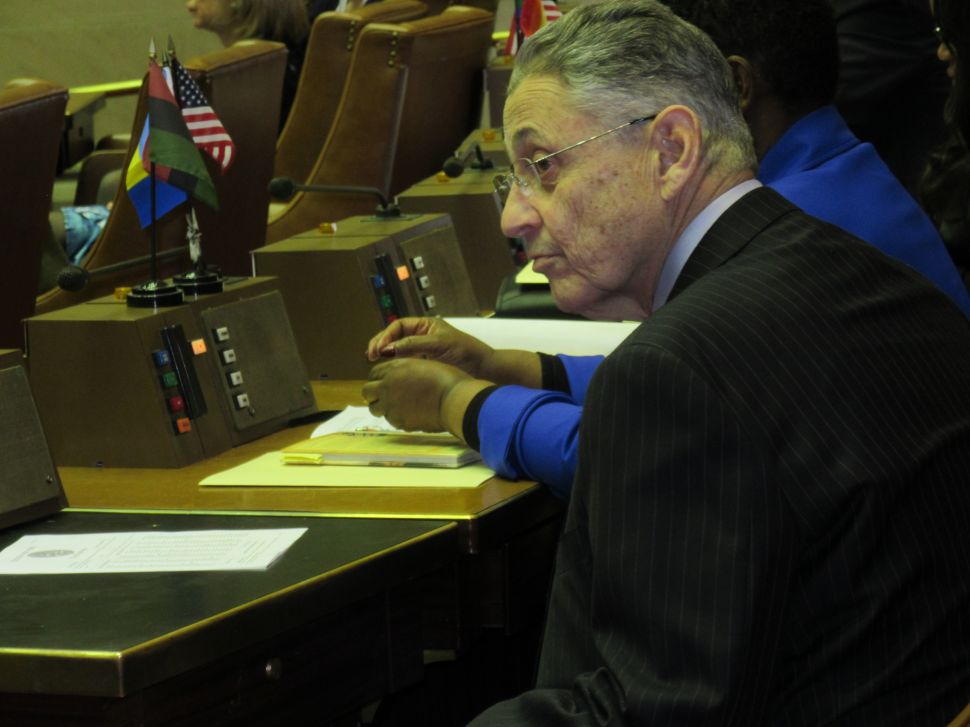