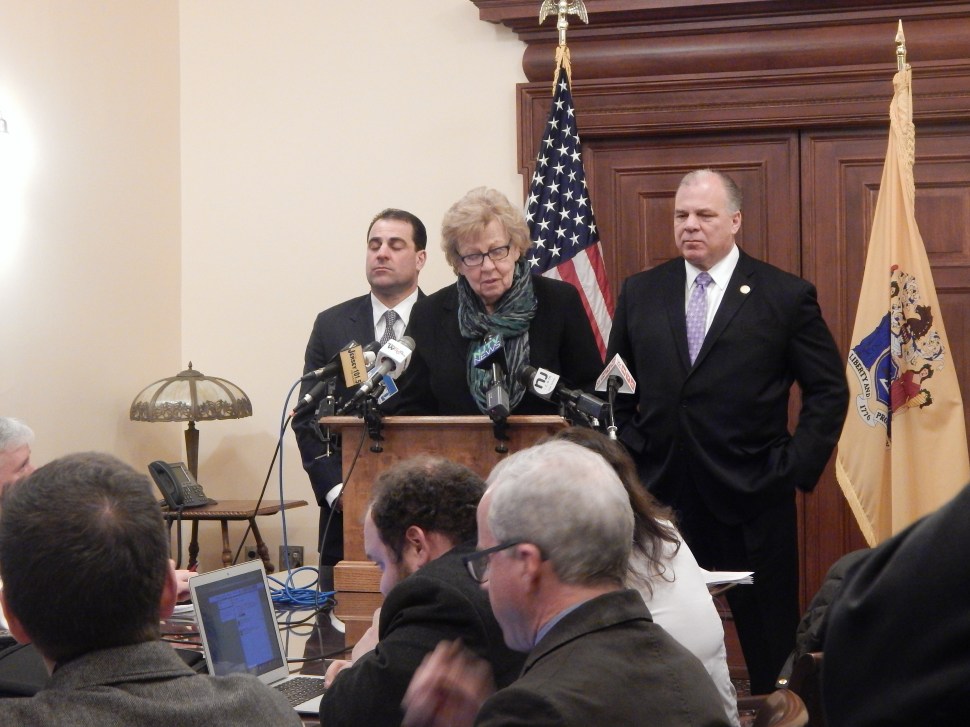 TRENTON — Senate Democrats, calling the Republican’s new proposal to overhaul the pension and benefit system “some roadmap written on a cocktail napkin,” roundly condemned Gov. Chris Christie’s budget address today for failing to lay out a vision for the state’s economy and finances in 2016.

“What you heard today was no plan to fix the economy, what you heard is — I don’t know what you heard. It was nothing,” a baffled Senate President Steve Sweeney (D-3) said during a press conference following the governor’s address on the Assembly floor here today.

Echoing Democrats in the legislature’s lower house, Senate leaders said they were “shocked” by Christie’s address, which was heavy on talk about fixing the state’s broken pension system but decidedly sparse on talk of anything else. Christie’s $33.8 billion budget includes a plan to get the state’s obligations to that system back under control — partly by freezing existing pension plans and transferring the assets, liabilities and risks of the existing pension and new retirement plans to employee entities willing and able to assume this obligation.

Christie called the plan a “Roadmap for Reform”, and brandished the support from the New Jersey Education Association — though he’s now facing blow-back both from that union, whose leaders blasted the governor for overstating their support for the new plan just hours after the address. It’s also faced criticism from organizations like the State Policeman’s Benevolent Association, who’ve expressed concern over Christie’s desire to lump largely solvent pensions like their’s into largely insolvent ones, like the NJEA’s.

The criticism puts Christie in a particularly vulnerable position as he continues to mull a 2016 primary bid for the Republican presidential nomination. It also comes less than a day after a Superior Court judge sided with a handful of public sector unions in requiring the state to meet the its pension obligation with a nearly $1.6 billion contribution this year and similar contributions in years ahead.

The ruling is seen as a serious setback for Christie, who had plans to cut the contribution, and has thrown the state into a surprise fiscal crisis, sending lawmakers and Christie’s administration in the hours leading up to the address scrambling for solutions.

Considering all that, Democrats went on the offensive, suggesting they would not support the governor’s proposed budget nor his plan to revamp the pension system until they receive more details.

Sweeney in particular seemed to try to distance himself as far as possible from the Republican, calling his proposed roadmap with the NJEA “really unfair.”  A South Jersey labor leader with plans to run for governor in 2017, Sweeney has called for similar changes to the state’s pension fund — including shifting the burden of management from the state to the unions themselves — and announced a partnership earlier this month with public sector unions to bring more affordable healthcare to state workers.

“They were willing to talk to the pension commission to try and find a solution,” Sweeney said, referring to the unions. “They didn’t agree, because I know what they were talking about. They’re concepts that I’ve talked about. Private sector pension management. They’re things that I’ve been talking for years. But one thing that has to come with it –funding.”

Sweeney said the unions are “willing to explore options”, but that Christie has repeated failed to offer a “good faith effort” toward making slated pension contributions. He said this new budget — which would put nearly $1.3 billion toward next year’s payment, short of the required amount, and said nothing of this year’s $1.6 billion payment — failed again to do that.

“This budget message was an agreement that nobody agreed to,” Sweeney said, adding that he thinks the unions would be more open to proposed changes to the system once the state commits to funding.

“But you have to be open to funding. When we did the pension reform, that wasn’t a blessing, we had one hell of a fight. You want to go back to 2006 when I started it, that was ugly. But we did make the changes,” he said.

Observers say one of the biggest surprises of Christie’s speech was it’s failure to address other financially-squeezed areas of the state, specifically regarding a depleted Transportation Trust Fund. Sarlo said as budget chair, he views finding new revenues for that fund — which pays for all major road, bridge, and rail improvements — as one of the most pressing issues the state currently faces, and was disappointed to hear it go ignored.

“There’s no plan here. The plan is I give up, I can’t fix it, so we’re going to break our word and not try. This was not much different than his state of the state address,” added Sweeney.

State Senator Loretta Weinberg (D-37) called it “probably in his past five years as governor one of the least issue-oriented, substantive” budget addresses Christie’s ever delivered.

“And I’m glad he said he’s not going to give up on New Jersey, because I don’t think he’s going to be able to leave New Jersey,” she added. 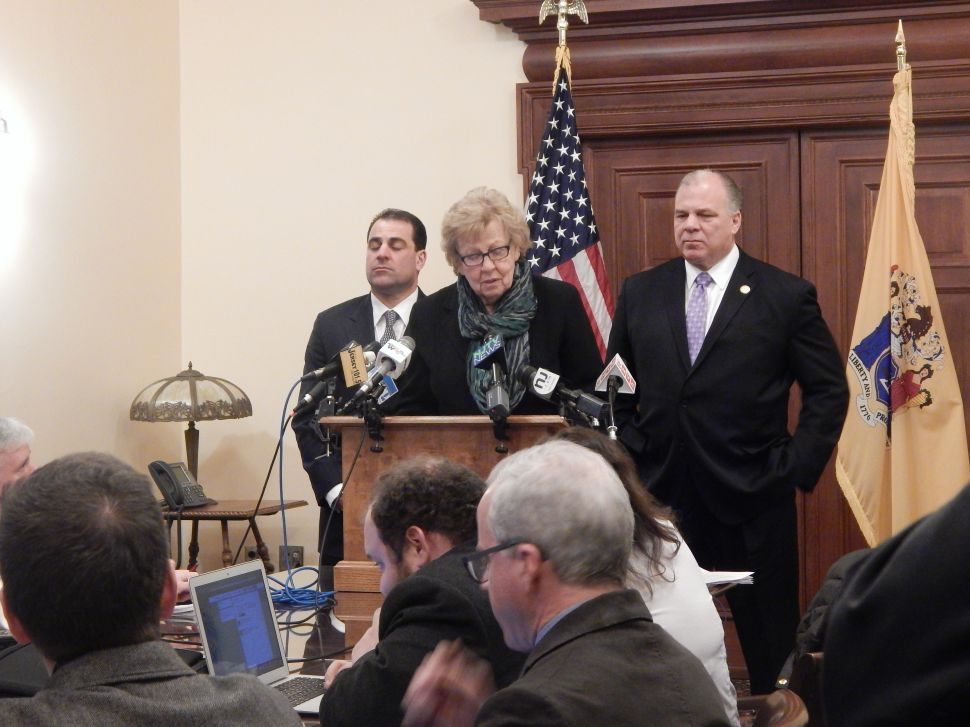