David B. Cornstein is perhaps best known for his turnaround of Off Track Betting, which he revamped after being appointed chairman of the board by Rudy Giuliani. OTB, which Mr. Giuliani once called “the only bookie joint in the world that loses money,” turned substantially profitable after Mr. Cornstein approached its management in the manner of a private-sector captain of industry, rather than as a functionary looking for “a dumping ground for political patronage.” (He has considerable experience in the former mode, particularly in the jewelry business.) Mr. Cornstein and his wife, Sheila, just sold off their 3,500 square foot co-op at 700 Park Avenue for $9.15 million, according to city records, though it’s unclear how big a profit that hefty sum represents, given that the couple had owned the place since before the city began keeping track.

To be sure, though, the address has a good deal more cache than even the most gilded of betting parlors, and the Cornsteins do not appear to have been in any rush to overhaul their apartment’s interiors, at least if the listing shared by Richard Steinberg and Matthew Slosar, or Warburg, is any indication. (Though the building went up in 1961, its sensibilities are quite clearly meant to recall the several grand prewar structures with which it shares its zip code.)

There is a very, very great deal of dark wood here—on the floors and in the paneled walls, composing double doorways and arched mantelpieces. It is enough to recall the private, amphibious quarters of an affluent ship’s captain, or perhaps of a prosperous abbey monk. A flexible floor plan accommodates a maximum of four bedrooms, plus a library. There are elegant and imposing coffered ceilings in the living room, a 1,500 square-foot terrace facing south and east and a commodious wine fridge.

The buyers were Henry Schleiff, the president of number of Discovery Communications networks, and his wife, Peggy. 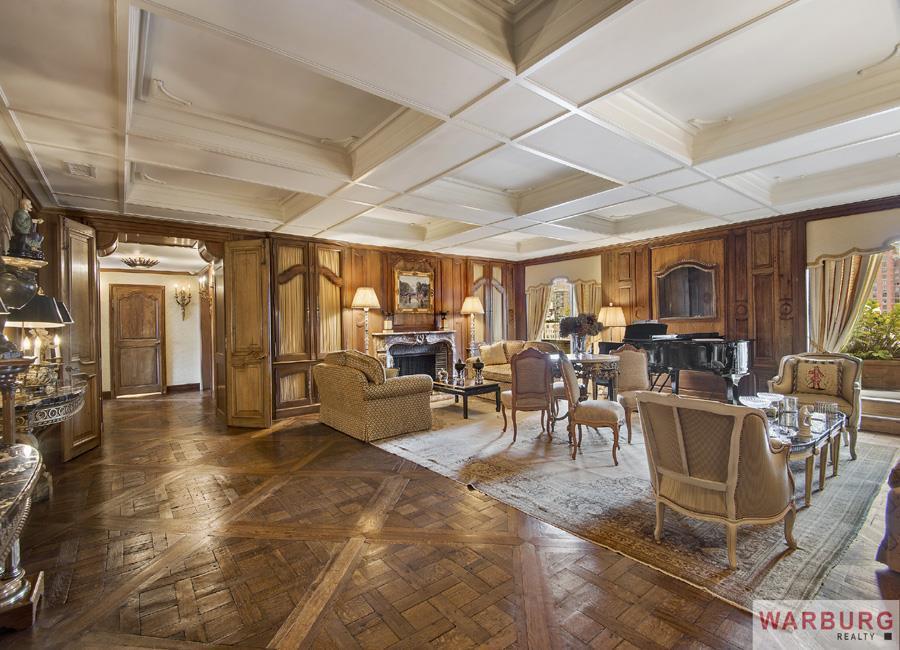