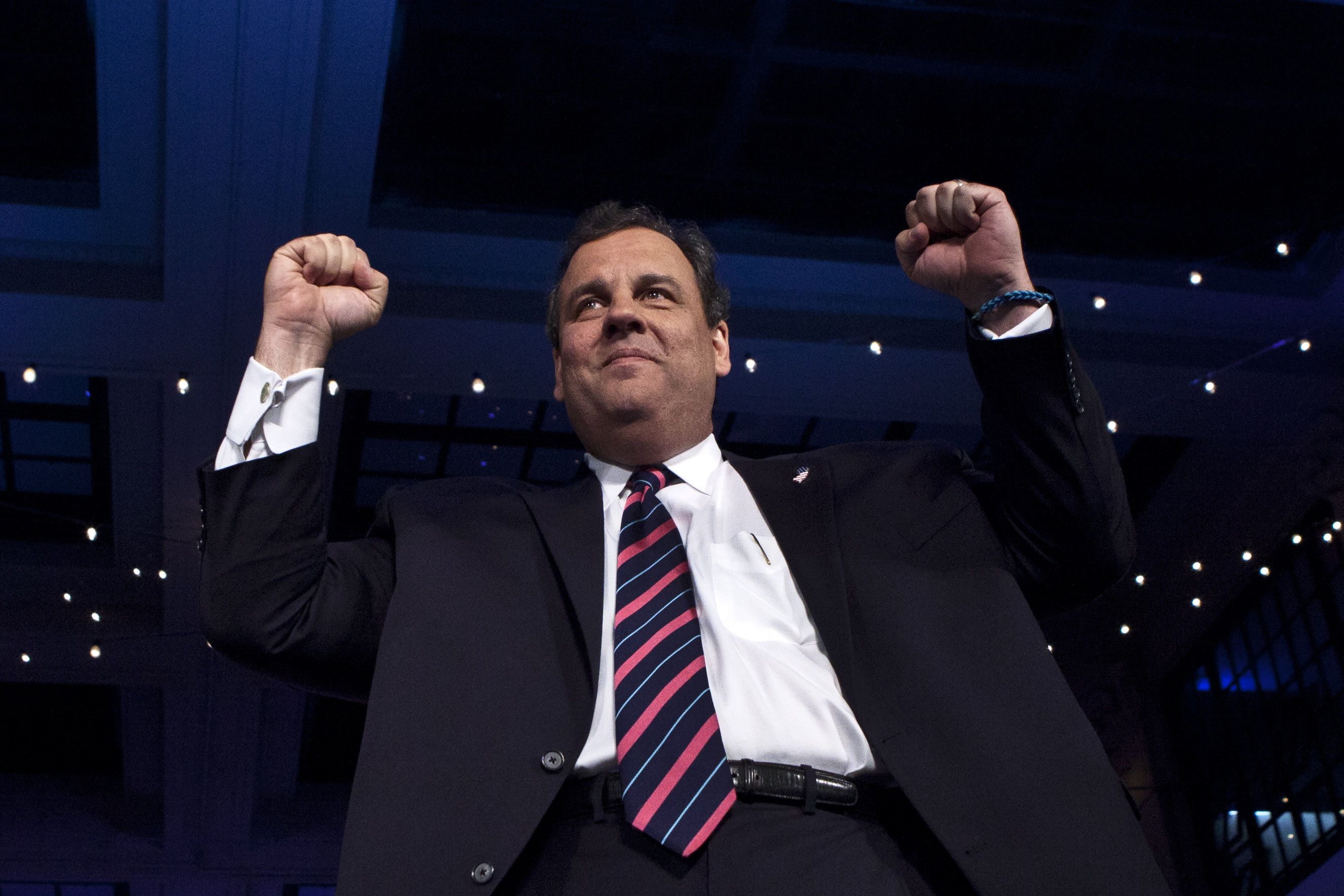 A high-ranking Republican source has told PolitickerNJ that he expects New Jersey Governor Chris Christie will stay in the 2016 Republican presidential race at least through the New Hampshire presidential primary.

The play could ultimately end up being not the presidency, but a television commentator job, the source said.

The source, who requested anonymity, referred to what he called the “Huckabee Model” when assessing what Christie, if he ultimately joins the presidential race, could do after the January 2016 Granite State primary.

Mike Huckabee, a former Arkansas governor, won the 2008 Iowa Republican caucuses in January of that year. Two months after winning the prominent early presidential derby test, he left the race. In September 2008, Huckabee became the host of an eponymous TV political commentary program on Fox News.

Huckabee is not the only Republican on the national stage who later went under the TV lights – former Alaska governor and 2008 vice presidential candidate Sarah Palin is a Fox News contributor. Any hopes for Huckabee, who left his show earlier this year to consider another run for the presidency, and for Palin that such regular national TV exposure could reboot their White House ambitions, have so far proved elusive at best.

The popular use of the town hall meeting political structure in New Hampshire, familiarly employed by Christie in New Jersey, works to Christie’s advantage, the source said. A strong showing in the “Live Free or Die” state’s primary could seal the deal for the birth of a lucrative post-politics media career for Christie, in the event that he does not reverse a polling trend that shows a thorny path to the presidency.

“I think it’s a Mike Huckabee scenario, but I question the timing,” said Matthew Hale, associate professor of political science and public affairs at Seton Hall University. “If [Christie] loses in New Hampshire, he could be done anyway, but he still could go back to New Jersey and be governor for a while. You’re not going to be a talk show host and a sitting governor. I think he would be a tremendously appealing person for Fox to have, and I think that they would pay him an ungodly amount of money. But [running for president] is a lot to put yourself through to get a gig he could probably get without running for president.

“I think that there are a bunch of Republicans who want Christie to get out of the way for [former Florida governor] Jeb Bush or somebody else,” added Hale when asked why a high-ranking New Jersey Republican would float the idea of Christie leaving a potential presidential run early for a media job. “There is certainly a growing sense that Christie is past his due date, and that it’s time to anoint Jeb Bush to go against the anointed [potential 2016 Democratic presidential candidate] Hillary Clinton.”

But Bruno Tedeschi, a principal at Jaffe Communications, a political and media consulting firm in Newark, felt that Christie is going to plow past the snowdrifts of wintry New Hampshire, come what may.

“He’s a natural on TV, but there’s really no reason for him to go through all this just to land a job on Fox,” Tedeschi said. “It could be a way to save face for him. It’s easier to say ‘My plan all along was to lose this race,’ but that doesn’t make any sense. Nobody goes into a presidential election to lose. You go in to win the damn thing.”

“Governor Christie has not said anything directly to us like that,” the legislator said. “It’s pure speculation.”

Counting Christie out has been a fool’s errand for many during his political career. A successful stand in the looming, Fort Apache-style pension fight to come, reminiscent of the governor’s striding though the post-Hurricane Sandy debris to rally New Jersey, could restore vigor to his presidential hopes.

A bronze bust of Woodrow Wilson, the only former New Jersey governor to be elected President, stares into Gov. Christie’s office at the State House in Trenton. If Christie wants to ensure that his presidential plans don’t go bust, Patrick Murray, director of the Monmouth University Polling Institute, suggested that the governor take a good, hard look around him.

“There are a lot of Republicans in New Jersey who are really disenchanted with what the governor has done for the party and the state,” Murray said. “They’re spinning this idea out because either they don’t know what he’s doing, or because of their annoyance that he has sunk the party in the state for his own ambitions. Anything is possible, but at this time I think [Christie’s] end game is still to win the presidency.”