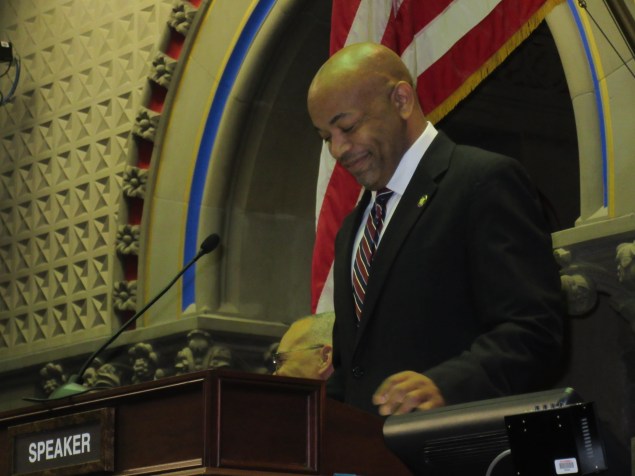 ALBANY–Pushing back on good government critics and an emboldened U.S. attorney, newly-elected Assembly Speaker Carl Heastie told reporters yesterday that the conception of three men in a room wielding all the power in state government is “overstated.”

The three men–a woman has never been involved–hashing out the state budget in closed-door negotiations are the governor, State Senate majority leader and Assembly speaker.

“I think the ‘three men in the room’ is a little overstated. This conference has always given its leader the ability to go with the message that the conference has given,” Mr. Heastie said. “So I think that’s a little overstated. And secondly, the process is really up to 106 members, and when 106 members come to consensus, that should be enough for us to move forward.”

Mr. Heastie, speaking to reporters for the first time after his election as speaker yesterday, was referring to the 106 Democrats that make up the 150-member chamber, indicating that he may be willing to empower rank-and-file members to a greater degree than his predecessor, Assemblyman Sheldon Silver. Mr. Silver, now a rank-and-file member himself after he resigned following an arrest on corruption charges, ruled the chamber with an iron fist, giving little leeway to all but the most senior of Democrats.

U.S. Attorney Preet Bharara, the federal prosecutor who charged Mr. Silver, mocked how Mr. Silver had consolidated power in the Assembly and became, in essence, one of three people who could decide the laws and economics of New York State.

“I have a little bit of a hard time getting my head around this concept of three men in a room,” Mr. Bharara said in January, jokingly alluding to his own outsider roots as a man born in the Punjab and reared in New Jersey. “Maybe it’s just me. I’m an immigrant from India, which is overpopulated, so for me, it’s like a billion men in a room.”

“Why three men? Can there be a woman? Do they always have to be white? How small is the room that they can only fit three men? Is it three men in a closet? Are there cigars? Can they have Cuban cigars now? After a while, doesn’t it get a little gamey in that room?” he asked.

Mr. Heastie, however, said he would be a consensus-builder.

“We talked about beefing up the steering committee process which will vet a lot of the bills to discuss before the larger conference and I think this is a unique opportunity with us, this situation, where a lot of the committee chairs will be able to help take the lead in the budget negotiations,” Mr. Heastie said. 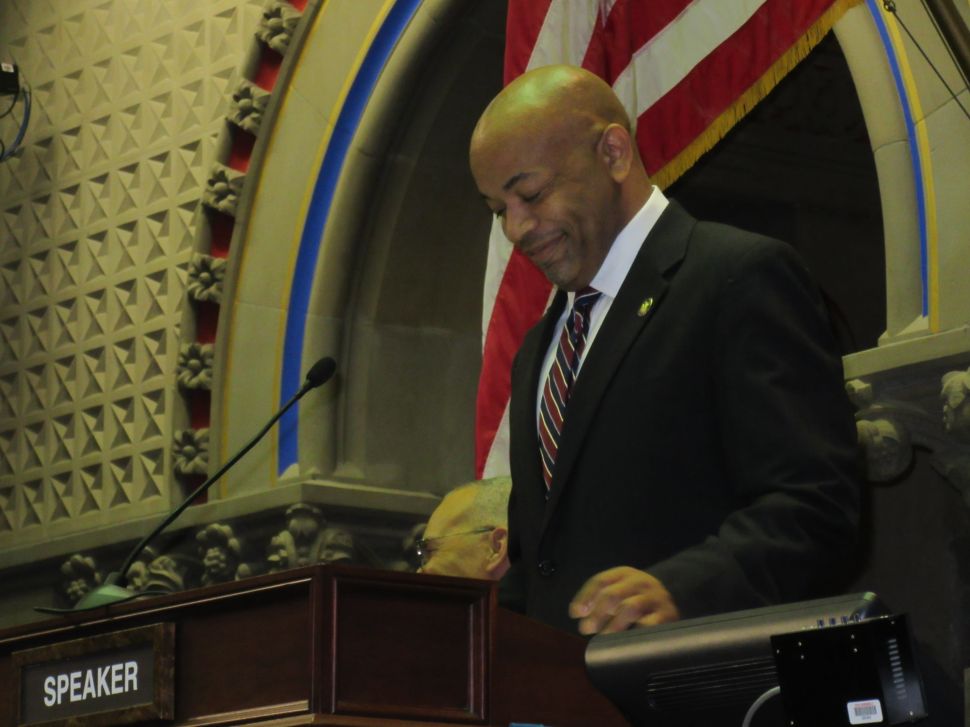