Many parents react with caution when doctors recommend a vaccine or a medication for their precious, vulnerable children. That’s understandable. But in the case of measles, which has stricken at least 67 people who recently visited Disneyland in California, there is only one scientifically correct position. The virus is far more dangerous than the Measles Mumps Rubella (MMR) vaccine created to prevent it. Furthermore, the vaccine, which has been falsely maligned by fearful, irresponsible groups, is the only tool we have.

Measles is highly contagious. If you are in close contact with a measles patient there is a 90 percent chance that you will catch it unless you’ve been immunized. And since the characteristic rash doesn’t occur until the third or fourth day, early on when it is most contagious, it is difficult to discern from the flu. This means that if it emerges in an under-vaccinated population, it will spread quickly.

The disease is still endemic in much of the developing world, which puts any unvaccinated person here and elsewhere at risk, because of widespread air travel. For example, there have been approximately 57,000 cases of measles in the Philippines over the past year, so it is likely that people from that region will carry measles elsewhere. 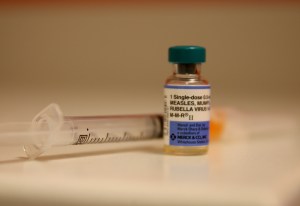 Most disturbingly, measles is made more dangerous by the unwarranted fear of the vaccine meant to eradicate it. About half of Americans, according to an AP/GfK poll last year, don’t believe vaccines are safe and effective, despite the fact that the MMR vaccine, for example, provides over a 90 percent immunity with the first dose, and close to 99 percent with the second. In terms of safety, multiple studies have shown no link between the MMR vaccine and autism, with fever being the most common side effect of the vaccine. Fear of the vaccine leads to non-compliance, and non-compliance with this vaccine automatically leads to measles resurgence. The 13,000 parents across America who claimed on forms last year that vaccinating their children violated their “personal beliefs” endanger other people’s children.

The MMR vaccine is a heroic public health tool; it has singlehandedly decreased measles deaths by 75% worldwide from 2000 to 2013 according to the World Health Organization. But the war is far from over. Consider that 145,000 children still died from measles in the world last year. Compare that to smallpox, another deadly virus that was completely eradicated from the world in 1979 thanks to another live virus vaccine.

The risk of a complication from measles can prove life threatening. It is measles that carries a 10 percent risk of pneumonia, measles (not the vaccine) that can cause encephalitis (a dangerous brain infection) in one or two cases in a thousand, measles that can kill.

The MMR vaccine, however, can wear off over time in 10 percent of cases. This means that there are more vulnerable adult patients out there who may acquire measles beyond the infants under one year old who haven’t yet been immunized, and the immune-compromised who we can’t safely immunize, along with the refuseniks. This puts an onus on me as a practicing physician to check the immunity (by antibody blood test) of all my adult patients who are travelling to endemic regions for measles–now including Disneyland.

Maybe the anti-vaccination crowd should also consider that immune-compromised children with HIV are put at slightly greater risk each time an adult refuses to allow his or her child to be vaccinated. Should an unvaccinated child be allowed to put a put a fellow kindergartener with HIV or another chronic disease and therefore can’t be vaccinated at risk? I say no.

Don’t get me wrong–scientists should always be re-examining vaccines and looking for safer and more effective alternatives. But in the case of the MMR vaccine, we already have a powerful, effective tool.

The concept of herd immunity, where we have to vaccinate the entire herd to protect its individual members, is hard for some people to accept. There are also some who figure that if everyone else they know is being vaccinated then they don’t have to be. Unfortunately, it is this kind of thinking that has helped lead to the resurgence of measles, with more than 600 cases in 2014 up from 86 in 2000.

And the number promises to increase this year.

What is the best approach to fighting measles in America? Making the vaccine mandatory may work, but it is also likely to spread more fear. A better strategy, at least initially, is to continue mandating children receive the MMR vaccine before attending school, while establishing laws that make it far more difficult to gain an exemption.

Fear is useful against a killer virus like measles, but it is harmful against a lifesaving vaccine like MMR. The problem is amplified when well-meaning but ignorant celebrities, politicians (and even some scientists) seize the public microphone and proclaim how unsafe vaccines are. I disagree with supposed political leaders who have stated (or misstated) that parents should have more choice over whether their children are vaccinated or not. The science shows that in order to protect society, parents should have less choice.

Parents must learn that while no vaccine is completely safe or effective, the MMR vaccine has been studied and has a good track record. Parents should be made aware of the risks of measles, though not terrorized by them. Knowledge, perspective and courage counteracts fear. Being worried about your child is reasonable, being guided by pseudo-experts into putting them, or others, at risk is ridiculous.

Physicians have sometimes been accused of being insensitive to the concerns and fears that parents have about injecting any chemical into their infants and young children. This perceived lack of compassion on our part has helped to fuel the anti-vaccine movement. We doctors can certainly learn from this. But with the threatened re-emergence of measles, mostly due to vaccine non-compliance, now is not the time to lend a sympathetic ear to inflamed worry-driven concerns. Now is the time to band together in the war against measles.

Marc K. Siegel MD is a professor of medicine and medical director of Doctor Radio at NYU Langone Medical Center and author of False Alarm; the Truth About the Epidemic of Fear. 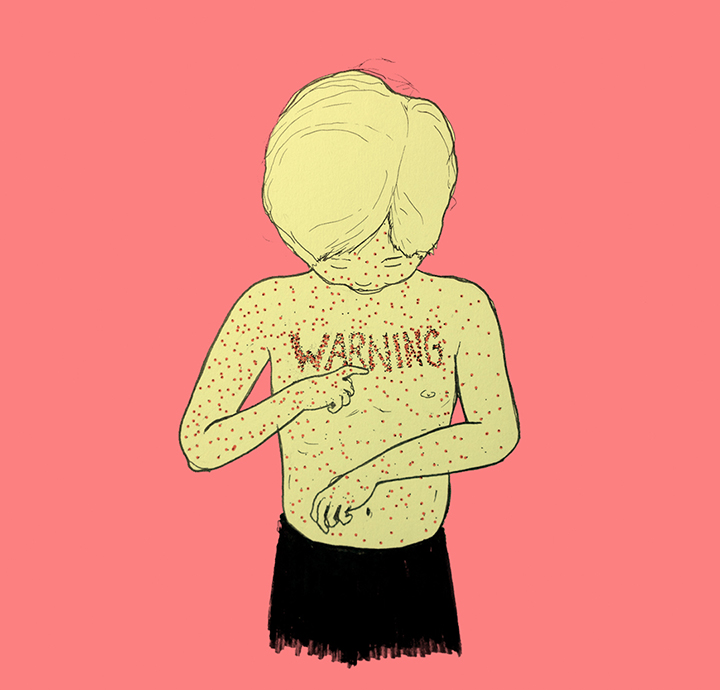