“Somebody said that the race is over and that Donovan can’t be beat, he’s won it. And it hasn’t even really begun—it’s far from over,” Mr. Sollazzo told the Observer in a phone interview.

Mr. Sollazzo, known on Staten Island as “Mr. Democrat,” 75,  is a longtime fixture in the county Democratic party and a retired firefighter. His plan to seek the seat was first reported by the Staten Island Advance.

In a special election, the candidates are chosen by the county party bosses, in this case Frank Seddio in Brooklyn and John Gulino in Staten Island. Mr. Sollazzo is a top member of the Staten Island party. A spokesman for Mr. Gulino declined to comment on Mr. Sollazzo’s announcement.

Despite saying some people—he wouldn’t name names—had given up on the possibility of Democrats winning the seat, Mr. Sollazzo said he did not believe choosing a Brooklyn candidate amounted to conceding in the mainly Staten Island district.

A poll from the Democratic Congressional Campaign Committee showed that Mr. Donovan was set to cruise to victory, with a wide margin even over Staten Island Assemblyman Michael Cusick, who many Democrats had said would be the party’s best bet for winning the seat. Mr. Cusick dropped out not long after the poll leaked, and conventional wisdom says a Brooklyn candidate would fare worse.

Mr. Sollazzo said he didn’t think the poll was a death knell for Democrats, especially if they could convince prime Democratic voters to get out and cast ballots.

“If you work it right and if you’re an aggressive person and if you crank up the primes, the gap gets closer,” he said.

Mr. Sollazzo made headlines last year for heckling Westchester County Executive and GOP gubernatorial candidate Rob Astorino while driving a van covered in campaign signs for Domenic Recchia, the Democrat who unsuccessfully challenged former Mr. Grimm. Mr. Grimm cruised to victory but stepped down after pleading guilty to a felony count of tax evasion, creating the vacancy for which Mr. Sollazzo wants to run.

Mr. Sollazzo ran for City Council twice, including in a 1999 special election for the mid-Island City Council seat, losing to now-Borough President James Oddo, a Republican. If elected, he said he’d fight to reduce or eliminate the Verrazano Narrows Bridge toll for Islanders and Brooklynites, ensure safe recovery from Hurricane Sandy, and continue fighting on behalf of firefighters injured or sickened on 9/11.

On his Facebook page last night, he compared himself to Fiorello LaGuardia. He also alleged that the architect behind Mr. Donovan’s campaign was Guy Molinari, the former occupant of the congressional seat, former borough president, and political father figure to Mr. Grimm. Attempts to reach Mr. Molinari this evening were unsuccessful.

He went on in the social media post to slam Mr. Donovan’s record dealing with the heroin overdose epidemic on Staten Island, saying the heroin deaths plaguing the borough amounted to homicide. A campaign spokeswoman for Mr. Donovan, who has made the issue a focus of his time as district attorney in advocating for drug court or drugs to reverse overdoses, declined to comment.

Update: This story was updated to include that Mr. Donovan’s campaign spokeswoman declined to comment. 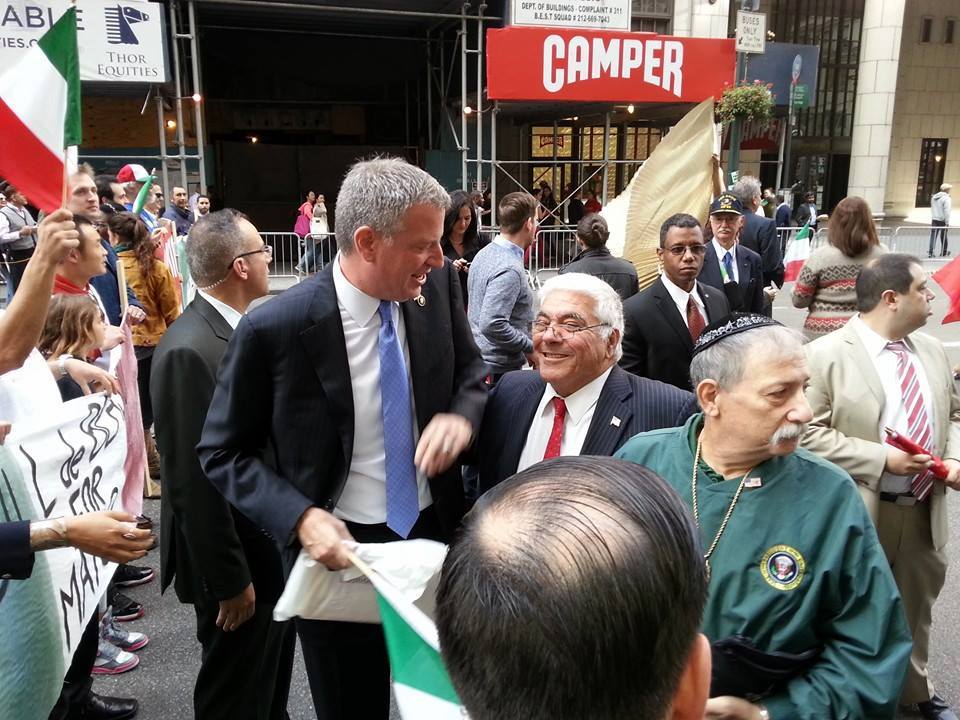