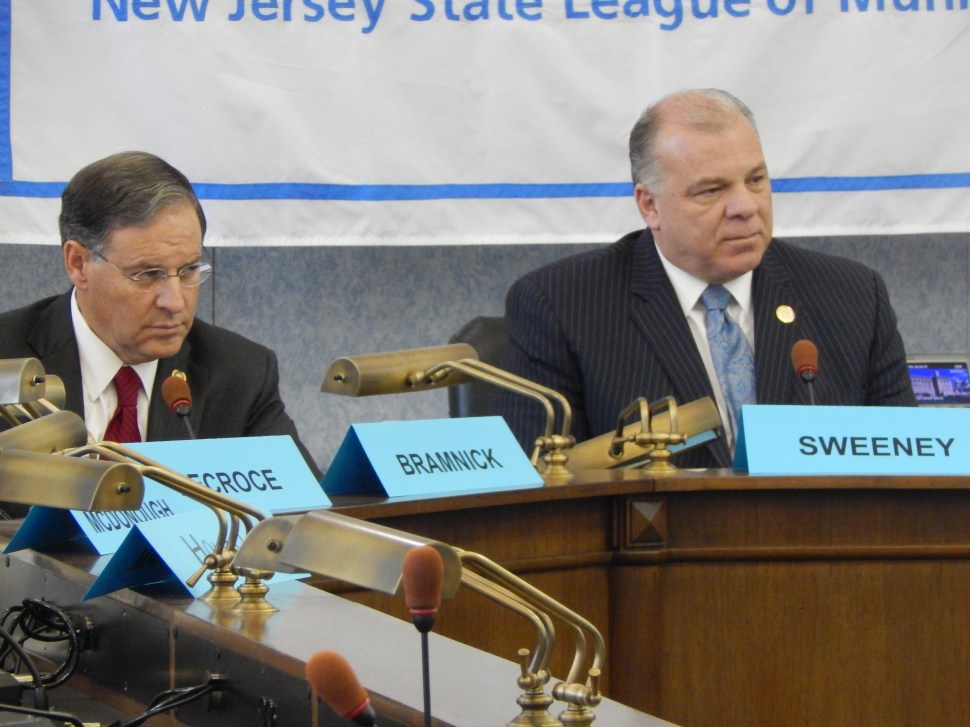 TRENTON — Presiding over an at times divisive meeting this morning of the New Jersey League of Municipalities, Senate President Steve Sweeney (D-3) said if anything will get in the way of public officials finding financial solutions to the state’s depleted Transportation Trust Fund, it will be that pesky political barrier: partisanship.

“There are people up here who don’t want to acknowledge they support transportation fixes,” Sweeney, who is overseeing the N.J. League’s Legislative Day this morning, told a roomful of mayors and policy players in the statehouse today.

Sweeney was responding to state Sen. Jen Beck (R-11), one of the Republican lawmakers on the panel here and also chair of the legislature’s Joint Budget Oversight Committee, who suggested she’d likely oppose a gas tax as part of a revenue solution for the fund, which helps pay for major transportation infrastructure projects in the state.

“There is no magic wand,” Sweeney told the room.

As PolitickerNJ reported earlier this month, one of the possible routes legislators in Trenton are considering to get the TTF back on better financial footing is to implement a statewide gas tax, falling either on all petroleum coming into the state or on consumers at the pump. Democrats have promoted the option as a sensible and much-needed revenue enhancer as the state struggles to cover its obligations, while Republicans have wavered — though sources say party leaders could solve that impasse by exchanging a gas tax for an elimination of the state’ estate tax, sought by Gov. Chris Christie and others.

Advocates of funding the TFF say it risks becoming insolvent within five months, leaving the state no capacity to pay for any transportation projects after June 30.

But many Republicans have said that they are principally opposed to a gas tax as a TTF solution. That includes Beck, who said  that lawmakers should instead look to petition the formula the federal government uses to fund infrastructure projects around the country, in order to obtain more money for New Jersey.

“I’m not a genius that has a million different solutions, but expanding the amount of federal dollars that we receive is one of the things we need to continue to push,” Beck said.

In response, Sweeney scoffed at the idea, saying opponents of the tax were letting politics cloud their judgement.

“Changing the formula that the federal government use– I’ve been hearing that for 20 years. It’s not going to happen,” Sweeney said.

“Partisanship is going to get in the way of getting it done,” he added of a true TTF solution.

Party leaders and public officials are discussing a number of high-priority issues at today’s League meeting, the TTF among them.

“What’s very clear is that we are at at point in time that we have talked about in the past,” said Assemblyman John Wisniewski (D-19), who’s introduced a bill in the legislature to raise the gas tax by 25 cents. “Way back when I first started looking at this issue there was talk about how one day we are going to come to a crisis point… We are at that point in time.”

For his part, Assembly Minority Leader Jon Bramnick (R-21), also sitting on the panel, said he’d like to see more debate on the TTF issue, though he refused to take a gas tax as a solution out of the running.

“Let me make it clear because we should speak as one unified voice –this will get fixed,” Bramnick said. “And I think it’s clear when the governor says everything is on the table, it’s obvious he’s serious about getting this done.”

Lawmakers said earlier that they are “close” in their deliberations to arriving at a final fix for the fund. 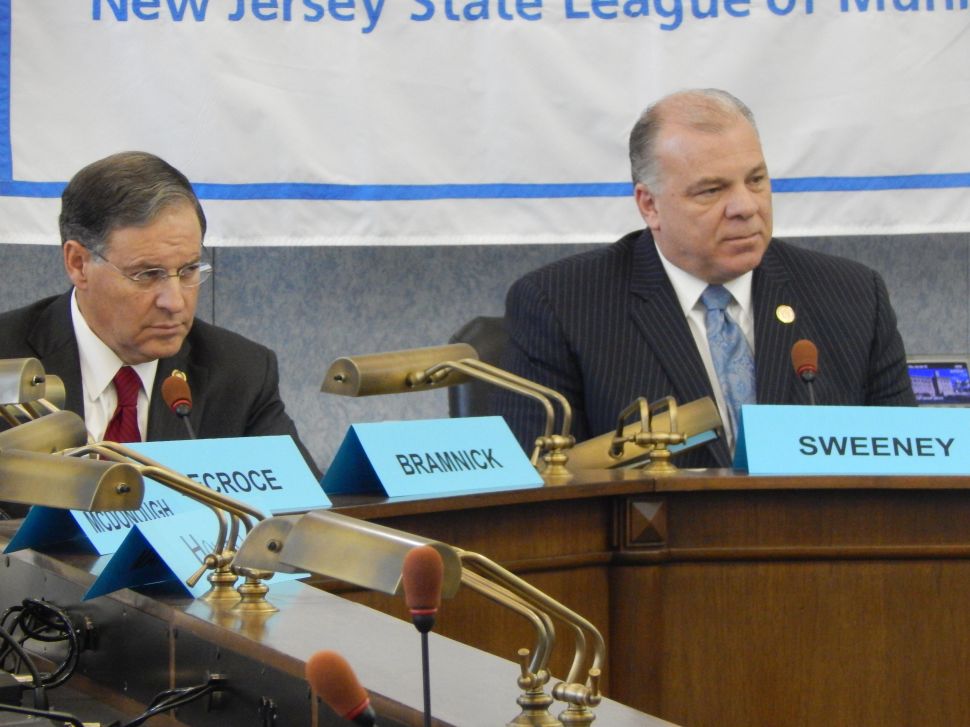