Just in case you needed a reason to feel old, YouTube will celebrate its 10th birthday this weekend.

The video-sharing site was founded on February 14th, 2005 by three former PayPal employees—Steve Chen, Chad Hurley and Jawed Karim. It was acquired the next year by Google for $1.65 billion, and has since gone on to become the Internet’s third-most popular website—surpassed only by Google and Facebook.

In honor of YouTube being a full decade old, we’ve compiled a list of 10 of the most important videos ever uploaded to the site. When we say “important,” we mean videos that profoundly affected YouTube’s position in the world—like the first video to reach a billion views, or the video series that, despite being a hoax, helped establish YouTube as a legitimate narrative medium.

Here are our picks:

At first glance, nothing about “Me at the Zoo” seems particularly special—it’s just an awkward-looking dude describing a couple of elephants. But this 18-second video, posted by YouTube founder Jawed Karim on April 23, 2005, was the first video uploaded to the site. It might not be the most funny, artistic, or remotely interesting video ever made, but the thing is practically a historical artifact.

The music video for K-pop star Psy’s “Gangnam Style” went viral after it was posted in July, 2012. By December of that year, “Gangnam Style” became the first YouTube video to hit one billion views—a true testament to YouTube’s viral power.

Bree Avery, or “lonelygirl15,” had an early, extremely popular video blog from 2006 to 2008 about her quirky life as a sheltered teenage girl. The trouble was, Bree never existed. She was eventually exposed as a character in a growing network of fake blogs in the “lonelygirl” universe. For years afterward, the story of a cult, a worldwide conspiracy and a group of cloistered kids unraveled through a series of confessional—albeit totally fictional—video blogs.

By today’s standards, an alternate reality storyline told exclusively over social media is a typical marketing stunt. But at the time, it was a total mindfuck, and the first of its kind. — Jack Smith IV

You may love Justin Bieber or hate Justin Bieber or become physically ill at the thought of Justin Bieber, but you can’t deny he owes his international stardom to YouTube. A young kid from Stratford, Ontario with an incredible singing voice, Mr. Bieber used to post videos of himself singing on YouTube. The videos were spotted by producer Scooter Braun, who helped turned Mr. Bieber into a household name.

Search “coming out” on YouTube today, and you’ll find an endless list of videos in which LGBT youths bravely come out to their friends and family. YouTube stars Austin and Aaron Rhodes, for instance, recently posted a now-viral video in which they called up their dad and told him they’re both gay.

But a few years ago, coming out videos weren’t as popular on YouTube as they are today. What helped spur the movement? We give a ton of credit to Kayla Kearney, the high school senior who announced to her school she was gay, and then shared the video of her speech on YouTube in January, 2011.

Ah, our old friend KONY 2012: the video that launched a thousand—or more like 100 million—slacktivists.

KONY 2012, which aimed to rally viewers against guerilla leader Joseph Kony, proved two crucial things: that YouTube can be used to get people really excited about the idea of something, but also, on the flip side, that a U.S.-based social media campaign alone isn’t necessarily enough to take down a very real African warlord.

Years before Miley Cyrus’s “Wrecking Ball” and Nicki Minaj’s “Anaconda” graced millions of people’s eyeballs, there was another music video that went viral on YouTube: Ok Go’s “Here It Goes Again,” back in February, 2009. The band might not have had any other big hits (womp, womp), but the remarkably coordinated video—featuring four band members and four treadmills—showcased YouTube’s potential to make music videos relevant again.

Today, not everyone’s uploading YouTube videos purely for fun; there are also YouTube stars making big bucks through the ad revenue generated by their videos. Though Google takes a sizable cut of those earnings, certain big names are still managing to bring in millions of dollars—yes, millions of dollars—a year.

PewDiePie, a Swedish YouTuber known for gaming-based videos, is estimated to be the highest-earning star. Here’s the earliest video posted on his channel, posted in October, 2010:

This year, the White House’s respect for YouTube became even clearer when Obama agreed to let three of the site’s biggest stars interview him after his State of the Union address. The interviews were more than just entertainment; they were a signal that even the President acknowledges YouTube’s ever-growing power.

This video. Because we love it so much. HE JUST WANTED TO DO HOOD RAT STUFF WITH HIS FRIENDS. 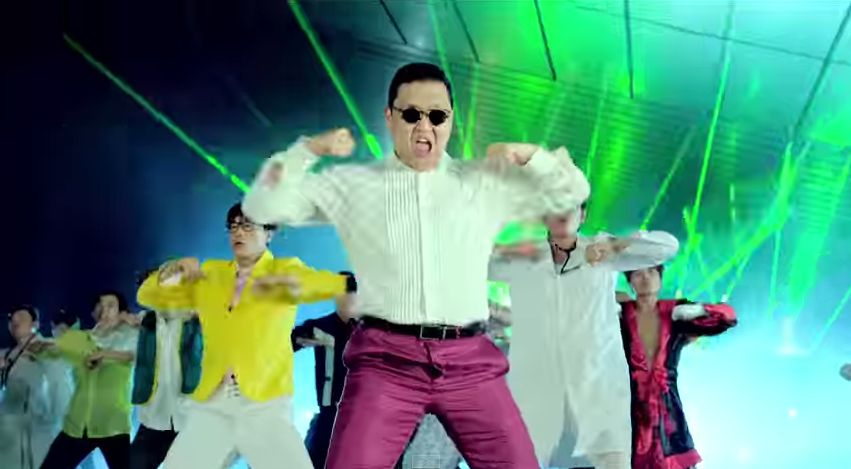