Barack Obama will go down in history as the American president who enabled the Shi’ite theocracy to become the region’s hegemonic power and looked the other way while Iran developed the bomb.

What Henry Kissinger did for the Shah of Iran, Barack Obama is now doing for the Mullahs.

Sanctions will be lifted. Iran’s conventional threat, its projection of power in Syria, Iraq, and Lebanon, will become more virulent as its economy becomes more invigorated. The Shi’ite crescent from Tehran to the Mediterranean appears closer to fruition. Ironically, only ISIS stands in the way in a contest that we lose no matter which brand of fundamentalist Islam wins.

There will be a nuclear arms race among the Sunni Gulf States to act as a deterrent against Iranian nuclear blackmail in the region. The fall of Yemen’s Sunni government to Iran-backed Shi’ite rebels is the shape of things to come. Yemen is the modern Spain. As the civil war in Spain was a proxy fight between communism and fascism, the conflict in Yemen is a proxy war between Iran and Saudi Arabia. It is a fight between Shi’ite Islam and the Saudi’s Wahabbi fundamentalism.

The Saudis only have to look across the border and at the Shi’ite areas in Saudi Arabia to know what awaits them. The nuclear arms race is, consequently, in the offing.

Israel has had the bomb for decades.  Despite that, despite all the Arab and Muslim vilification of Israel in the international community, Israel’s possession of a nuclear arsenal created no arms race. Everyone knew the Israeli’s would not launch a first strike.

The same cannot be said of the Iranians, who launched a massive domino demonstration showing how their nuclear program would destroy Israel. This occurred as the Obama administration was standing aside, in Geneva, from stopping the Iranian enrichment program.

In Geneva, Israel’s security was sold for a 10-year guarantee of no weaponized uranium from people who promise to destroy the Jewish state. The events leading up to this took place absent a watchful and probing mainstream media that had been focused on the administration’s manufactured diversion—Israeli Prime Minister Benjamin Netanyahu’s invitation to speak before congress.

The administration claimed it had no advance knowledge, but it indeed had. The black caucus turned the faux slight into an act of racism. Congress slighted the president because he is black is the line they pandered to an eager media.

So, as the balance of power began to shift in the Middle East, and the media should have been discussing the meaning of that for our long-term strategic interests, the camera’s lens focused on a banal discussion of race.

The Netanyahu imbroglio is not about race, political formalities, or even personalities. Regrettably, the issue became should Netanyahu speak to Congress? This issue diverted attention from the issue of should Iran be permitted to continue to enrich uranium when most nations that generate nuclear power do not enrich their own uranium?

Iran’s enrichment program is for weapons, not for electrical power. You do not build an intercontinental ballistic missile or surreptitiously enrich uranium above 5% to build a power plant.

The real issue is that the Obama administration back in 2012 created a secret link to Iran through Oman without telling the Israelis and all the while leading them to believe that Mr. Obama would not permit Iran to have the breakout capacity for a nuclear device.

Even allied nations have different interests, and it is the obligation of a nation’s leaders to pursue those interests. Under Mr. Obama, America’s primary interest has been to disengage from the Middle East, especially since despite the president’s energy policy, fracturing shale has turned America into an energy exporting nation.

But when it came to Iran, Mr. Obama not only engaged, he also prevented Israel from independently pursuing its own strategic interests to stop the Iranian program.

As a result, he has sent a clear message to the entire Middle East that traditional allies have been abandoned in favor of an Iranian hegemonic power. Neither the Israelis nor the Gulf Arab states can afford not to respond to this in their own way.

The amateur in the White House has just created more instability in an already chaotic region.

Abraham H. Miller is an emeritus professor of political science, University of Cincinnati, and a senior fellow with the Salomon Center. 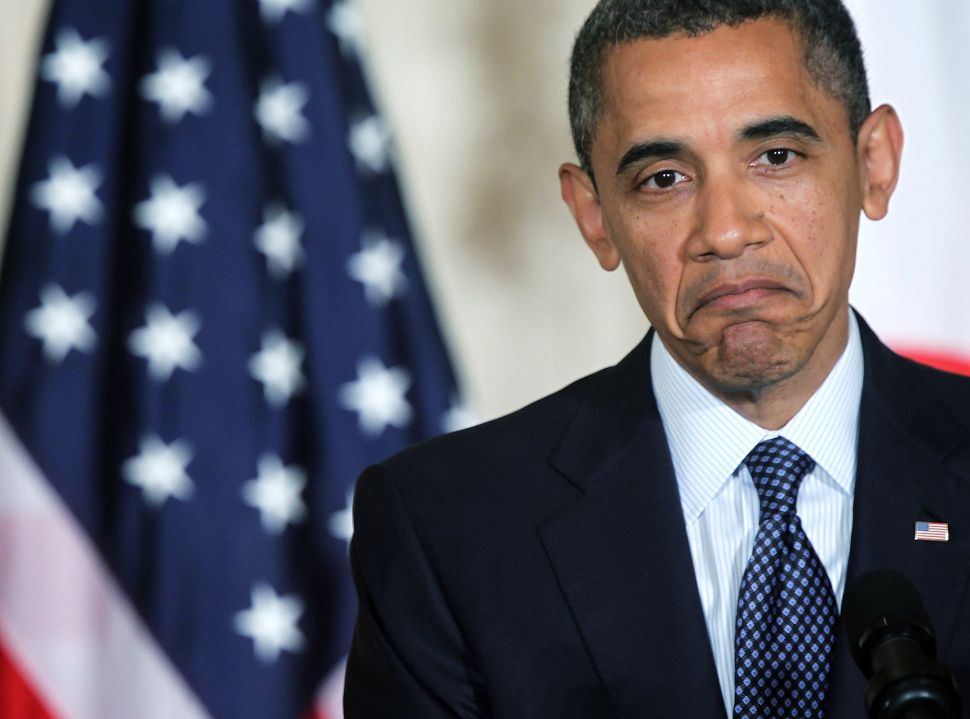