The strangulation in the premiere. The suitcase last week. The DIY dentistry this week. If Ian Fleming is right in saying that once is happenstance, twice is coincidence, and the third time is enemy action, then “Open House,” its most recent episode, has given us what we need to suss out The Americans’ battle plan. This Cold War thriller has become television’s leading showcase of horrifying, visceral, intimate, weirdly sexualized violence. (Ed note: Quinn’s dead teeth from last season of Scandal are rolling around in their grave.) It takes guts to claim that ground, and it pays dividends.

Historically, The Americans’ biggest flaw has been portraying the crimes of Elizabeth and Philip Jennings primarily through their emotional impact on the perpetrators, leaving the suffering of the victims as an afterthought. But if you emphasize the role of vulnerability in that violence, the equation changes dramatically. Strip a victim naked, break their bones, pull their teeth, and you’ve placed them in situations that exist on a continuum with experiences all of us have had, experiences that leave us exposed and at the mercy of others we’re forced to trust. Our empathy is triggered, our innate reluctance to see ourselves in the victims shattered, when the violence is treated as a violation first and foremost.

In this week’s episode, of course, the victimhood is voluntary. Plagued by debilitating toothaches ever since her rumble with Agents Gaad and Aderholt a couple weeks back, Elizabeth submits — there’s no better way to put it — to an ad hoc tooth extraction by Philip. Maybe this is a fucked-up thing to say about an episode in which actor Keri Russell spent the better part of a scene bareassed, but to hell with it, we’re a 50 Shades nation now: This was the sexiest scene of the series.

For one thing, the exchange of trust is total, and that’s vital to truly good sex, especially when power dynamics come into play. And it is an exchange, not just a one-way street: Elizabeth must have faith that Philip won’t hurt her any worse than he has to, yes, but Philip also must have faith that Elizabeth won’t hate him for hurting her in the first place. What’s more, it’s as suggestively staged as any of their spy-game seductions: Elizabeth leaning back, eyes wide, mouth open; Philip looming above, inserting his instrument into her open body. We’re all adults here, presumably — this is genuinely adult entertainment, not just because of the TV-MA rating, but because of the complicated and specific ideas about relationships the scene works through. You have to level up to play along.

Indeed, the show brought its A-game from top to bottom. It was visually compelling: think of all those hard to endure close-ups of Elizabeth and Philip’s faces during the tooth-pulling scene, think of the autumnal chill in the light during Elizabeth’s walks with her asset Hans, think of that straight-outta-Videodrome shot of Stan Beeman staring at a TV while he watches the defector he’s been assigned to guard, his face just inches from the screen. It was exciting as hell, with Philip’s infiltration of the CIA agent’s inner sanctum and their subsequent pursuit by CIA and FBI agents in a veritable fleet of follow cars providing some real edge-of-your-seat freakout moments. And it was interpersonally astute, from the implausible denials and pointless refusals when Paige discovers her kid brother Henry’s wank bank (seriously, no kid on earth has ever handled this gracefully), to what Stan tells the mysterious Agent Aderholt about how he successfully won the trust of the white supremacists he helped take down. “People love hearing how right they are,” he says, accurately predicting every human being’s twitter feed thirty years before the fact.

At this point, The Americans is laying its groundwork so confidently and competently that you can picture it erecting any number of narrative edifices on these foundations. Martha tells “Clark” that she’d like to adopt a foster child — “somebody young, who could learn and grow”? Perhaps this will be his escape route for Paige, grooming and offering some poor kid Martha and Clark care for to the Centre in exchange for his biological daughter’s continued freedom from their double life. The babysitter they believe to be canoodling with a CIA Afghan Group agent is the daughter of the group’s commanding officer? Perhaps involving her in their subterfuge will provide a parallel to Paige that will force Philip and Elizabeth to reevaluate their own conduct toward their kids. Maybe it will also echo Henry’s onanistic infatuation with Mrs. Beeman — another spy kid, another sexualized parent figure from a different spy family. Most importantly, perhaps the rift over Paige will provide the show with my blue-sky guess as to its eventual endgame: a kill-or-be-killed rivalry between Philip and Elizabeth themselves.

The point is not to predict what’s coming — it’s a mug’s game to imagine future art and ignore the art in front of you. Maybe some of those guesses will pan out, maybe none of them will, but either way it doesn’t matter. The point is that the show is so solidly constructed, its component parts so meticulously arranged, that you can imagine it making a convincing case for doing pretty much anything it wants. Like Stan Beeman among the white supremacists, it’s earned our trust. The difference is that I’m excited for the inevitable moment when the bottom drops out. 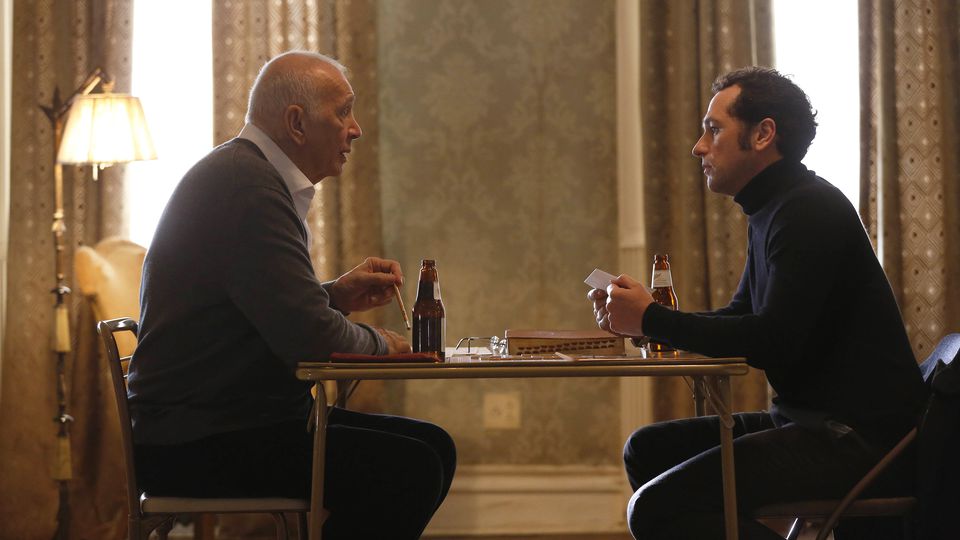