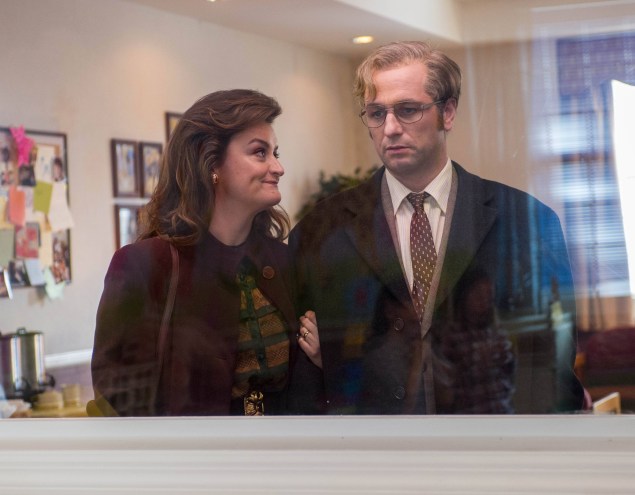 Symbolically speaking, secret rooms are always full of treasure. Whether the door opens to reveal C.S. Lewis’s Narnia, Willy Wonka’s chocolate forest, or Bluebeard’s slain wives, the hidden chamber is the heart of the story, the source of its power, the place where it all really begins. The effort to suppress the secret only reinforces its importance.

In “Salang Pass,” this week’s episode of The Americans, we get a glimpse into Phillip Jennings’s secret room, and inside we find sex. This is not uncommon. But it’s sex endured rather than enjoyed, sex performed rather than participated in, sex made to “feel real” rather than be real. In subsuming his sexuality into a series of KGB-mandated liaisons with partners of all ages, appearances, body types, even genders, Philip, we learn, honed the techniques of seduction that have helped make him such a formidable deep-cover agent. But this means that he entered the secret room not to find something, but to lose something instead: the core part of himself that can assert, with certainty, that yes, these is his want, his need, his desire, his identity. While a necessary loss, perhaps, for the purposes of his protean career, it is nonetheless a grievous one. As a spy, he is well served by an ability to shape-shift to the needs of the moment, both sexually and ethically. But as a husband, a father, a human attempting to draw moral distinctions? Where do the chameleonic contents of his secret room leave him then? This is the central dilemma of The Americans. And as even Philip’s avuncular handler Gabriel points out, its resolution has rarely been of such immediate importance.

Wearing one of his public faces, Philip goes dress-shopping with his daughter Paige, looking for an outfit she can wear to her upcoming baptism. Though initially clueless, he instinctively selects a lace frock in virginal white that they both instantly recognize as “the one.” Truly, she will be a bride of Christ. Its evocation of the classic wedding gown reminds us of the baptismal act’s sexual substitution, and of how the father assumes the mantle of a sort of pre-groom for his own offspring in the marriage ritual. Yet the dress is also a protective garment, like armor or a hazmat suit, designed to shield Paige from the plans of her own mother, already cast by the ritual as a symbolic sexual rival to the father-daughter relationship. In selecting the most traditionally Christian dress, Philip is reinforcing Paige’s choice to live a life of faith — an American life — instead of a life of service to the Cause — a Soviet life. The garment functions the way like a cross worn around the neck to ward off vampires.

Even as he endeavors to insulate Paige from the depredations of his double life, Philip tightens his grip on Kimmy, her counterpart. In so doing he discovers that the two teens have even more in common than age, gender, and taste in New Wave acts. Kimmy’s acts of rebellion — underage drinking, pot smoking, running around with strange adult men — are decidedly less wholesome than Paige’s religious tweaking of her atheistic mom and dad’s noses, though they’re hardly out of bounds for your average teenager. Yet it seems both stem from the same void left behind by workaholic parents harboring deep secrets. Like Paige, Kimmy has no idea that her father is actually a spy, in his case a CIA agent who runs the all-important Afghanistan operation against the USSR. So in one sense, “Jim,” Philip’s alter ego when wooing Kimmy, is a doppelgänger of Tim, Paige’s pastor, a relationship reflected in their soundalike names. Philip is reluctant to pursue the relationship to its presumed conclusion, crossing the baptism-like threshold of initiation that is sex. Rather, he is transformed by circumstance yet again into a more traditionally teenaged suitor, escaping through the back door with a stolen kiss just seconds ahead of “his girl”’s unsuspecting parents.

Philip’s third and final form in this episode is that of Clark, the nebbishy security officer with a wild side in the sack who is married to his FBI asset Martha. Motivated by what Gabriel refers to as “baby fever,” Martha brings clark to a foster-care facility, where they gaze appreciatively at an adorable little girl in a classroom setting. The girl stands in for many children seen or referenced throughout the episode: Kimmy, in her recollections of a time years before when she and her father would spend many happy hours together in their now-gone garden; FBI Agent Stan Beeman’s son Mike, with whom Stan says he had a much easier time connecting prior to an undercover stint that kept him away during three of the boy’s formative years; the children of Lisa, the Northrop asset Elizabeth met through AA meetings, who are struggling with their parents’ separation despite their mother’s steady hand and their father’s daily involvement through long, friendly phone calls. All of them experienced some kind of break or rupture that ended their period of innocence and joy, estranging them from the parent who helped provide it. Philip jokes that he’d be willing to go through with an adoption if it would calm Martha down, but surely he himself is tempted to revisit a time when he would be seen as an uncomplicated figure of saftey and comfort to an adoring young audience of one. If nothing else, it could take the sting out of taking advantage of such childlike adoration and undermining the parents other children love and trust.

At the episode’s conclusion, Philip collapses into bed with Elizabeth, stoned and exhausted. It is here he opens the hidden door and remembers the secret room, the place in the Centre where he was trained to have sex with anyone and everyone the organization deemed necessary. “When people’s lives intersect with our operations,” Gabriel noted earlier, “it’s the operation that’s crucial.” Ever the good soldier, Philip performed his tasks to completion, hence his presence as an operative now. But this has made it difficult for him to stop operating. “Do you have to ‘make it real’ with me?” Elizabeth asks, wondering if the same process of shape-shifting is what gave rise to the man in front of her, the man inside of her. “Sometimes,” he says. “Not now.” The act of revisiting the secret room, the very place where he lost himself, is precisely and paradoxically what enables him to find himself in her arms once again. 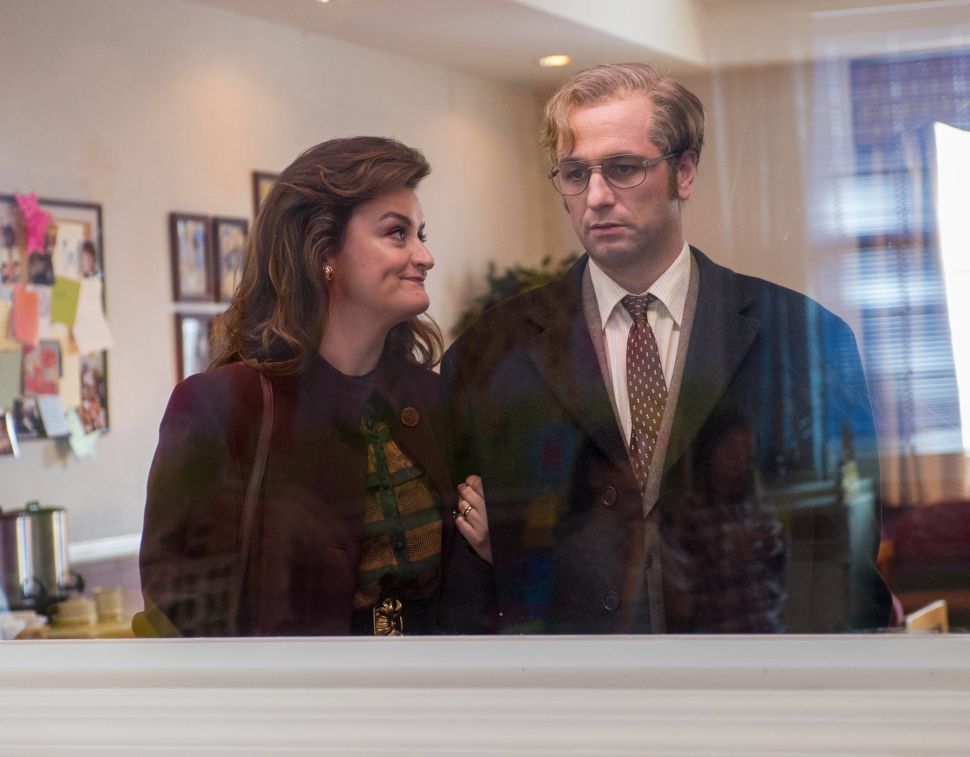