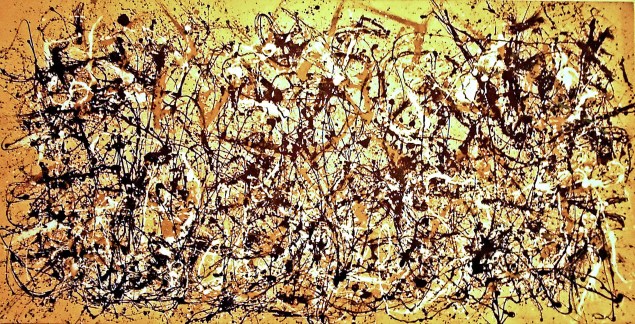 It’s been said that television is having one. Also architecture. Maybe even journalism, in spite of the turbulence. What exactly? A new Golden Age. The late David Carr described “an excess of excellence” happening in TV; he wrote, “The idiot box has gained heft and intellectual credibility.” On architecture’s stunning new era, in which software drives vastly new building forms, Ada Louise Huxtable on Charlie Rose summed it up succinctly: “We’re in it.”

So, when’s the last time anyone said the same thing about Contemporary art? Even art dealer David Zwirner complained about the “lack of excitement in New York”—and that was 10 years ago. Although money in the Contemporary art market makes the headlines right now, it’s not really the problem. The fact is, Contemporary art is ruled by a doctrine of novelty that’s decades old, and looking increasingly out of date.

First: Art dealers, curators and critics still cling to the idea that what constitutes today’s art with a capital “A” must be totally new and groundbreaking—but only to art history. Whatever the initial merits of this experiment, more than 60 years after the true game-changer of Abstract Expressionism (if only to use the U.S. as an example), the art world is still at it. Yet anyone remotely connected to Contemporary art with a shred of honesty would admit that the novelty idea  went bankrupt some time ago. Heck, even Romanticism didn’t last longer than this.

And novel in relation to what, exactly? When science and medicine go off in search of something new every day, diseases are cured and people live longer. In movies, music, fiction, or at HBO, creative novelty is just something that happens when it does. Even fashion isn’t as hell-bent on the shock of the new—because after all, an arm is still an arm that needs a piece of cloth wrapped around it.

But since Contemporary art must constantly be fresh to its own history and little else, then no surprise that after a half-century of the mandate, we’re left with a stock-in-trade of $100 million paintings and vast numbers of reasonably intelligent members of the public looking as dimly on Contemporary art today as they did when Jackson Pollock still had time to sober up.

This is how we know precisely that we’re not in any Golden Age for visual art: There’s the spectacle of obsessive, laser-like bidding on lonely, singular canvasses by the few, but no broadly shared delight and conversation. “Excess of excellence” or “intellectual credibility” wouldn’t exactly be the first words from anyone in Contemporary art describing their own field, much less Miami art fairs. 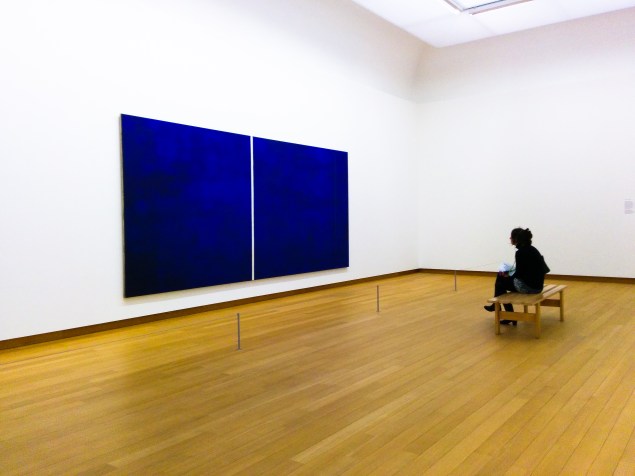 And funny thing, the most serious snub in Contemporary art—to say that someone’s work is derivative, and therefore not novel—is a little problematic considering that virtually every seriously new Contemporary art trend has been derived from technology or the culture at large, not the other way around. Anyone remember the art world’s newest category circa 1999, titled “new media?” Those were artist websites with obscure and nonsensical HTML links, or glorified screensavers. Whatever happened to that? It’s a serious chapter for the art history texts, but choose any decade and one finds Contemporary or Modern art being wholly derivative of the world around it, not setting the agenda.

Indeed, what is it that really does produce new ideas, experiences, understanding in the most fundamental way? What causes the type of disruption that writers of the most incomprehensible gallery press releases could only dream of announcing? The actual science and technology. Art’s attempt to do the same has been a little tortured—and that may help explain why majority public engagement in art dropped out some time ago.

The price for insistence on novelty is not only alienation of the general public but an artificial restriction of the very definition of Contemporary art (i.e. by blocking out crafts, design work, furniture design and tons of contemporary craftspeople, ceramic artists, etc. who aren’t part of the scene and will never be at MoMA PS1).

To earn its way into the museum or gallery, the artwork must take a radical new form, but once it’s been hanging on the wall for a while, it’s not as if curators give an honest assessment of why it’s there: “Well, it was a novelty at the time but we sure know better now.” Rather, the drips of paint on canvas are analyzed for their density and layering. If artistic novelty was truly on par with science, then most of recent art history would be about as vaunted as reel-to-reel tape recorders, black-and-white televisions and portable AM radios.

Where science doesn’t have exclusivity is in making sense of the world we create and where it’s all going, but Contemporary art has chosen not to have that conversation.

The only other art world imperative of late has been the question, “Can the work sell?” But the saleable aspect of Contemporary art is ruled by enforced rarity on the production side and a vastly narrowed potential market on the other. It is just what any luxury brand does. But let’s face it, the gallery model has sorely been in need of competition—it’s not as if artists have prospered in the age of galleries, quite the opposite. Now, we’re just starting to see what happens when artists have serious new choices for how their work will be priced and marketed.

The fact is, there’s a whole new realm of cultural competition, digital and otherwise, vibrantly happening outside of galleries and Contemporary art museums, with zero aspiration toward the aura of anything that begins with a capital letter.

Culture is on YouTube and Vimeo, Netflix and HBO, and everything in between. It’s become a wonderful free-for-fall, fueled by democratized tools and platforms. Aspiring performers of any kind—music, acting—can gain an audience online. So can directors and screenwriters, creating their own videos and shorts. Writers have Wattpad, architecture and design students have 3D printing and open source design software enabling them to produce their concepts with the same polish as professionals.

So, what do artists have? Well, the same platforms helping other kinds of creative people find an audience, and, more importantly, get funded outside of traditional means, are agnostic, and evolving fast for artists, too. First, Kickstarter, which doles out more money than the National Endowment for the Arts, but now also Patreon, whose members can get monthly funding for their work. Supporters on this platform have spent more than $1 million per month on work they admire.

The fact is, golden ages don’t happen when exclusivity rules. Just the opposite. They come when the gates and chains controlling consumption, competition, production, barriers to entry, and innovation have been smashed to pieces, allowing more people to participate in more ways—both as producers and consumers.

So, as the art world dogmas appear increasingly quaint in our era of disruption, here’s hoping that a new time for artists, art and design to flourish, generate an excess of delight for the many and spark a broader conversation, still lies ahead. 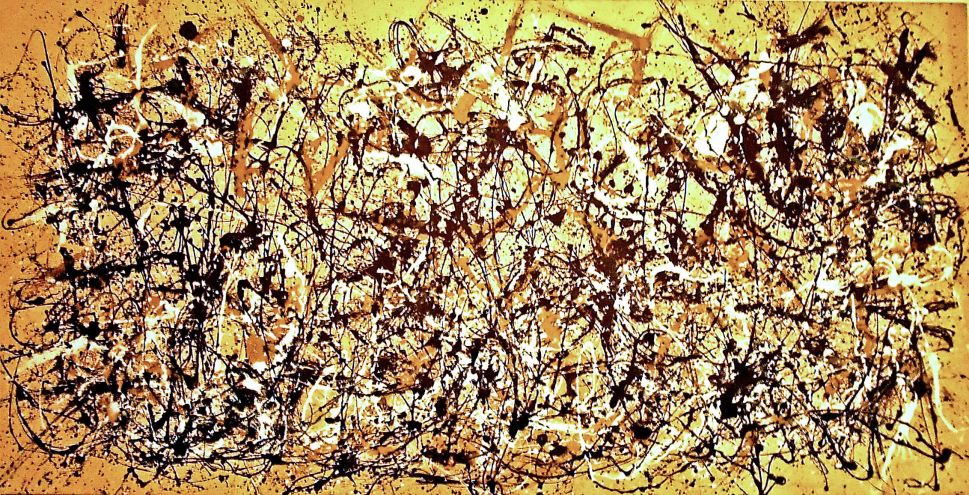