For connoisseurs of brutality and crime, the bare-knuckle Australian film Son of a Gun is another example of how they knock ’em out down under—a not-so-thrilling heist thriller that drones along mechanically between explosions and car crashes with Ewan McGregor, who is making entirely too many movies these days, none of them worth writing home about.

In a dark, dank and dangerous maximum-security prison in Western Australia, a frightened 19-year-old with no previous record named JR (newcomer Brenton Thwaites) is unjustly sentenced to six months for a petty crime and plunked down into Hell, where he becomes a juicy target for the rest of the hardened inmates. The long-term master criminal who takes a fancy to the kid and saves him from gang rape is a chess-playing thug named Brendan (Ewan McGregor, with a half-Scottish, half-Aussie accent thicker than cold porridge). In exchange for his protection, he recruits the kid to help him with the members of his gang on the outside. Six months later, JR is released for good behavior, teaming up with his mentor’s pals who teach him the tricks of the underworld trade. Then the film turns ridiculous as JR rescues Brendan from prison in a helicopter equipped with an arsenal of automatic weapons and flies him away to a beach house equipped with Uzis and babes in bikinis.

The rest of Son of a Gun, lumpily directed and aimlessly written by Julius Avery, follows Brendan and his protégé JR around as they become obsessed with a dull plot to steal six gold bricks worth $20 million from the Kalgoorlie-Boulder goldfields of Western Australia (the Fort Knox of Oz?). Nothing much comes of this or a subplot that provides JR with a love interest in the gang leader’s tough girlfriend. Most of what passes for action is the heist itself, a series of routine escapes in various SUVs, and the usual obligatory gang betrayals, separated by shootouts and leading to a final snafu on a yacht—a big mistake, since JR never learned how to swim. For literacy, there’s a metaphor about monkeys who fall into two categories—aggressive chimpanzees and docile, non-violent bonobos (“Which species are you?” Brendan asks JR). For style, there’s more than one shot of thugs photographed in mirrors and through the windshields of moving vehicles. There is no charisma between any of the characters and the boy is the only one who speaks coherent English. The camerawork by Nigel Bluck does reveal a bit of Melbourne and a barren Australian landscape tourists never see, but it’s so ugly, why would they want to?

Maybe so much of Son of a Gun seems boring and directionless because so little of the dialogue is comprehensible. This is a problem that tanks so many imports these days. If the makers of Irish, Scottish and Australian films expect to earn dividends abroad, they really must learn to turn heavy brogues into more generic English, or provide subtitles. 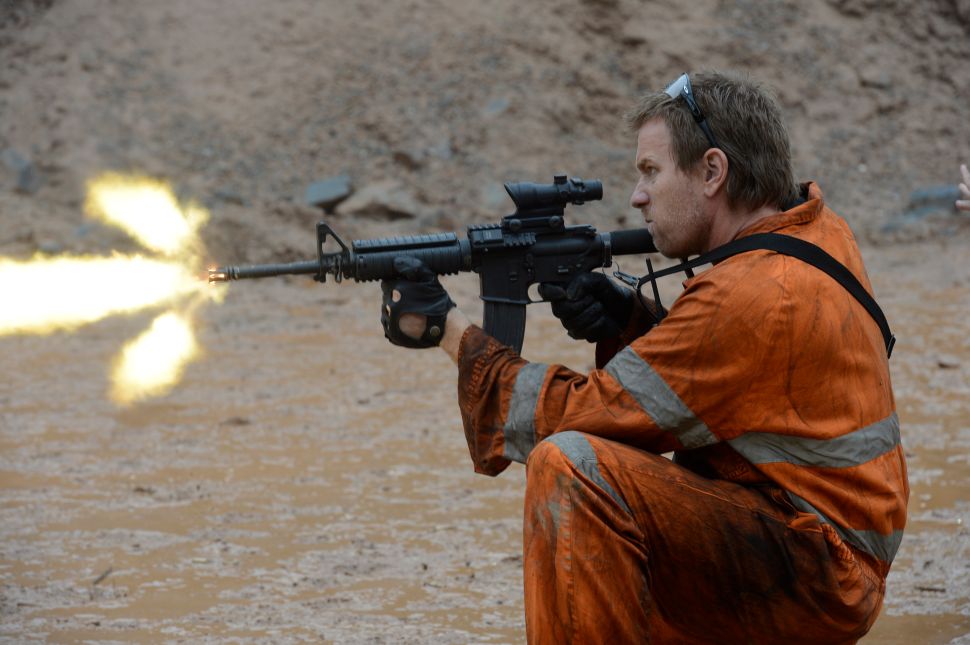