SOFIA ALVAREZ: Welcome back everyone!! I can’t believe it’s only been a day! We’ve all given so much of our lives to the Bachelor this week. ABC really has us by the corn nuts.

SA: I imagine at the production conversations, prior to the start of this season, a fey man in thick-frame black glasses sat at the head of long table, threw his arms into the air and said, “I’m thinking Pendelton everything!” There were nods of approval from all around whilst a severe looking Asian woman made notes on an iPad.

JA: Chris wants Becca to know that this show is about “real life stuff,” not about traveling to other countries and seeing actual sights, which I suppose is “fake life stuff.” We learn that in addition to Becca never having done the nasty, she’s also never been in love. Then there’s some silhouette kissing. I don’t see what the chemistry is between them at all, but whatever.

SA: J, you and I have always slightly differed on the Becca-ness of it all. She is my dark horse. I loved this date, mostly because Becca is so real. She admits that she’s not in love with Chris, nor has she ever been in love. Chris, as a result, now seems more concerned with her choosing him, than the opposite. This role reversal often bodes well for potential winners. (Sidenote: I think after Carly’s edit this episode, there’s no way she’s being considered for Bachelorette. I am moving all my votes to Becca, should she be available. I’m sure there will be a strong push for Kaitlyn, but I’m not into it. More on that later.)

JA: Phase 2 of Britt’s meltdown kicks off back at the hotel, and she has decided she’s for sure leaving, and Carly’s NOT HAVING IT. Chris Harrison comes in to let the ladies know that due to budget cuts, there will be no cocktail party, and Britt enters phase 2.5 of her meltdown, and this time NO ONE is having it.

Britt tries to backpedal with some word salad, and Chris is all, “I can’t deal with you or your magenta lipstick right now, you fakey fakester. Kick rocks.” I will say, for all the guff I give Farmer Chris, he is very decisive when it’s time for someone to go home. No woman has been able to successfully talk him out of kicking her to the curb. Speaking of curbs, that’s where Britt’s meltdown hits phase 3. And phase 4. We’re talking heaving, audible sobs in a bunch of leaves, and some nonsense about Carly betraying her. And instantly, I got a glimpse of who Britt was in high school.

SA: It seemed, from this segment, that Chris had doubts re: Britt’s intentions for a while. Her behavior on the group date just pushed him over the edge. I think it’s a hard pill for Britt to swallow that she finished sixth, SIXTH on the show. Not to worry, we’ll most likely see her in paradise this summer. And then, Josh, you can really see who she was in high school.

JA: Carly goes home during the rose ceremony, which is not a surprise to anyone. I don’t want there to be a season of the Bachelor or the Bachelorette without Carly. I also would like to find out what cruise ships she’s performing on so I can go see her.

SA: I know this is a pressure cooker, but still, I was disappointed Carly reverted back to the “what’s wrong with mes” in the limo. Girl, you came in fifth out of twenty-nine. I’m sure, watching back, you can see that you and CS are better off friends and his decision has nothing to do with your lovability. Josh and I love you. And isn’t that, just a teensy bit, more important? Can we stop with these self-esteem issues now?

Also, I know two people who are friends with you, Carly. So, if you’re reading this, still trying to get that interview on the books!

JA: First up for Hometowns is Becca, the Pride of Shreveport. The second they get to Becca’s parents’ house, her family wastes no time talking about how Becca is frigid and not affectionate with men and that maybe they were starting to think she’s a lesbian. Then Becca’s sister says something about her “sugar donut” and I am very, very uncomfortable. I think hearing her family call her a prude made Becca step up her game, because she and Chris definitely attempt to get to second base on that Ferris wheel. But it all feels too little too late for me.

SA: Josh! Get your head out of the gutter. Becca’s big sis was implying that the only sugar donut Chris is gonna dig into in the fantasy suite, is the literal sugar donut they order from room service. However, I can see how you were confused. I have never, ever seen a sugar donut listed on a room service menu.

JA: Next up is the best hometown of all time, Chicago, where Whitney helps people get pregnant. I love hearing Whitney explain the steps of making a baby. And don’t worry, ladies. Chris’s sperm is perfect. His soldiers are marching. We’re not running out of corn anytime soon.

JA: Whitney’s family dinner goes well, except for when Whitney tries to strong-arm approval out of her sister, and her sister’s all, “You’re the one who chose to go on TV, toots. Don’t put that on me.” Then Whitney opens her wedding wine for Chris, which is intense.

JA: Then we go to Phoenix with Kaitlyn, who takes Chris to record some rap. Oh boy. OH BOY. I really like Kaitlyn, and she and Chris have a blast together. But I don’t want her to move to Arlington. She has more to offer the world. I was relieved to see Kaitlyn’s family because finally, we have a contestant with normal, divorced parents, or as Chris calls it, “an unconventional family.” I half-expected him to use the words “broken home.”

SA: I like Kaitlyn. I’m sure if I met her in person, I would like her even more. She seems cool, normal, funny, etc.. But for some reason, I don’t like her on the Bachelor and I think it’s because I don’t buy her feelings for Chris. Her date was gimmicky and felt like a group date (a la Marcus’s strip tease hometown). When you need to pull these stunts, this late in the season, it’s usually because the deeper stuff isn’t there. I’ve never felt the chemistry between Chris and Kaitlyn and part of me still feels like she’s auditioning for the Bachelorette and is just a lot better at hiding it than Britt was.

What I was interested in here, was what happened with Kaitlyn’s ex. How are we at hometowns and that hasn’t come up yet? Her mom is pretty concerned about it, so you know there’s a story.

JA: And finally, the most anticipated hometown of all, the Playboy Bunny herself, Jade. How many times can Chris say the words “small-town values?” Jade’s dad and brother emphasize that she’s “too much” for most guys. Like, back in the 1920s, Jade would be described with words like “vamp” and “pistol.” But since this is 2015, Jade is properly described as a “wild mustang.”

SA: I really like Jade. I’ve always liked Jade. I could care less that she posed for Playboy. Also, both my husband and a good friend’s boyfriend said, “Who cares? It’s not like she posed for Hustler.” I’m glad we all agree that Playboy is the classiest of these magazines. I’m not kidding, it really is. It doesn’t change a damn thing about Jade and when he father said, “you need to settle down with somebody who doesn’t put you down for being you”, I got a little teary.

JA: One of my all-time favorite moments in Bachelor history happened when Jade confessed her Playboy experience and then asked Chris if he wanted to see her photos. Chris’s response is just… classic. “Well, I mean, uh, this is all about you, so if showing me your hoohah would make you more comfortable, who am I to deny you your, um, comfort?” Yup. Your reluctance is remarkable, Farmer Chris. So glad you were able to put aside your own apprehension to make Jade feel more at ease.

SA: I think Chris handled the situation very well. I almost felt bad for tweeting that he was a douchebag in a leather necklace a few weeks ago. (I also loved the shot of the laptop on his coffee table after Jade left. The search history right there, waiting for Chris to click back. Which, come on, you know he did.)

JA:  But none of his kind words matter since Chris sends Jade home anyway. He tells her that despite how great she is, “things moved faster” with the other ladies. I don’t know how you can move faster than showing someone naked videos of you after dinner at your parents’ house, but hey, if Chris can’t comprehend that, that’s not my problem. That’s only for wild mustangs like me and Jade to understand. I would have swapped out Jade for Becca at this rose ceremony, but that’s just me.

SA: J, I don’t know when there’s been a season we’ve differed on so much. I would have swapped Jade for Kaitlyn in a heartbeat. I thought there was no way Kaitlyn was going to Bali. What it appears we both agree on, though, is that Jade should not have been sent home. Regardless of how well Chris handled the news of Jade’s nude photos, I am not sure I believe the decision to send her home had nothing to do with them. And I bet Jade doesn’t quite believe that either.

JA: Somehow, next week, someone at ABC has convinced Chris to go to Bali (thank God). I guess that’s because Iowa doesn’t have any places that can serve as Fantasy Suites. 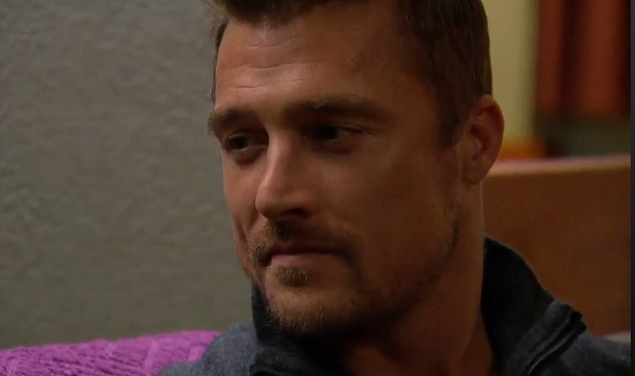